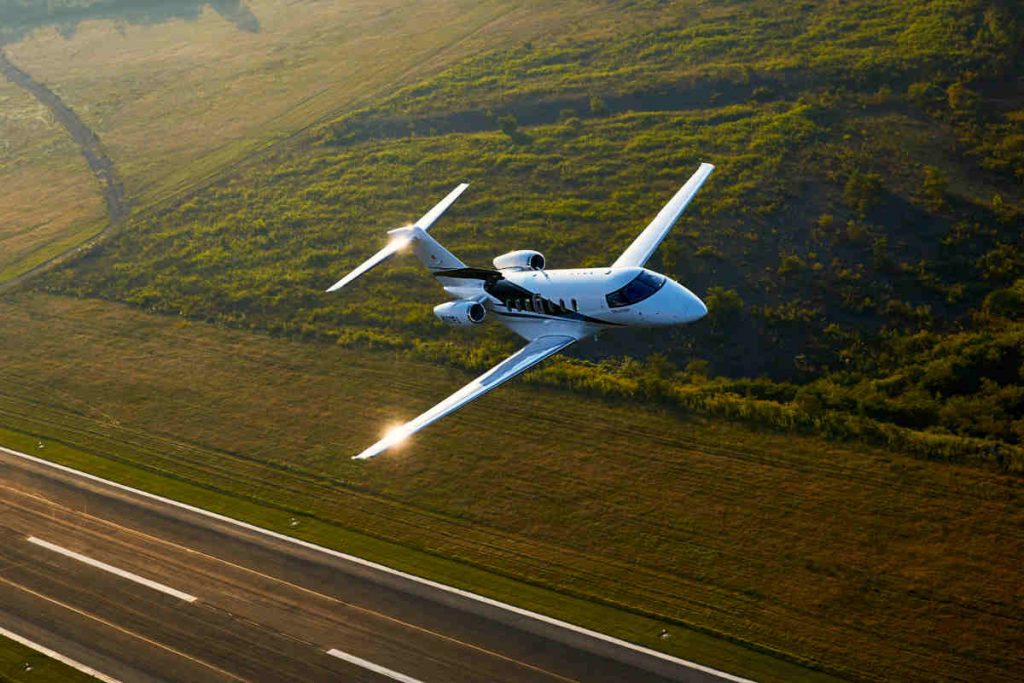 The new features of the branded PC-24 Super Versatile Jets will come off the production line from this year onward. Many of these new features can be retrofitted in earlier serial number PC-24s.

Starting with the passenger experience, the cabin features new executive seats which provide more comfort, more intuitive controls, and lighter weight. Pilatus explains they fully recline to a flat position and seats are attached to the cabin’s flat floor with quick-release mechanisms to facilitate rapid seating configuration changes on the ground. In lieu of the standard forward left-hand coat closet, Pilatus notes operators may now choose to install a galley with options for a microwave oven, a coffee or espresso maker, a large work surface, dedicated ice storage, and capacity for standard catering units.

In terms of avionics (more new features listed below), Pilatus and Honeywell have continued to develop and refine the Advanced Cockpit Environment (ACE). A touch-screen avionics controller now replaces the multi-function controller as standard equipment. The touch-screen controller, featuring a slip-resistant design around the bezel for stability and input precision in turbulence, was first introduced in the PC-12 NGX.

The PC-24’s flight control system now incorporates Tactile Feedback in both roll and pitch to prevent unintended unusual attitudes. Pilatus explains if the aircraft rolls through 51 degrees bank angle, roll limit protection will engage to bring the aircraft back to 31 degrees bank angle. If the PC-24 is predicted to exceed the Vmo/Mmo limits, Pilatus explains the pitch servo will engage until the aircraft exits the potential overspeed condition. Tactile Feedback protection is provided even with the autopilot turned off, and can be manually overridden by the pilot with a quick-disconnect button.

The standard auto-throttle system also includes a new Automatic Speed Protection function. Pilatus explains this function provides both under and over-speed protection by automatically engaging the auto-throttle to adjust power so that the aircraft always remains inside the entire speed envelope for all flight phases. Working in conjunction with the auto-throttle, Pilatus explains the Williams FJ44-4A engine FADEC software has also been fine-tuned to reduce power oscillations in cruise and descent.

A new automatic yaw trim function further reduces flight crew workload during departure and climb phases. Pilatus explains this auto-pilot mode is automatically activated when the yaw damper is engaged, and will attempt to hold the aircraft to zero sideslip. If one engine is inoperative or a large thrust asymmetry exists, the automatic yaw trim will attempt to maintain approximately ½ trapezoid indicated sideslip.

The Advanced Cockpit Environment also features the Pilot-defined Visual Approach function. Pilatus explains this approach mode allows the pilot in command to easily set up an autopilot and auto-throttle coupled visual approach to any runway, and precisely track a left-hand, right-hand, or straight-in pattern down to the runway threshold. This is a very useful feature, explains Pilatus, for operations into smaller, remote airports which the PC-24 is designed to use. It increases safety at uncontrolled fields by allowing the pilot to keep attention focused outside the aircraft looking for other traffic.