On 7 December 2017 Pilatus obtained type certificates from the European Aviation Safety Agency (EASA) and the US-American Federal Aviation Administration (FAA) for the first ever Swiss business jet. Certification of the Super Versatile Jet prepares the ground for initial customer deliveries, which will see the PC-24 business jet take off from Central Switzerland for its entry on the global market. 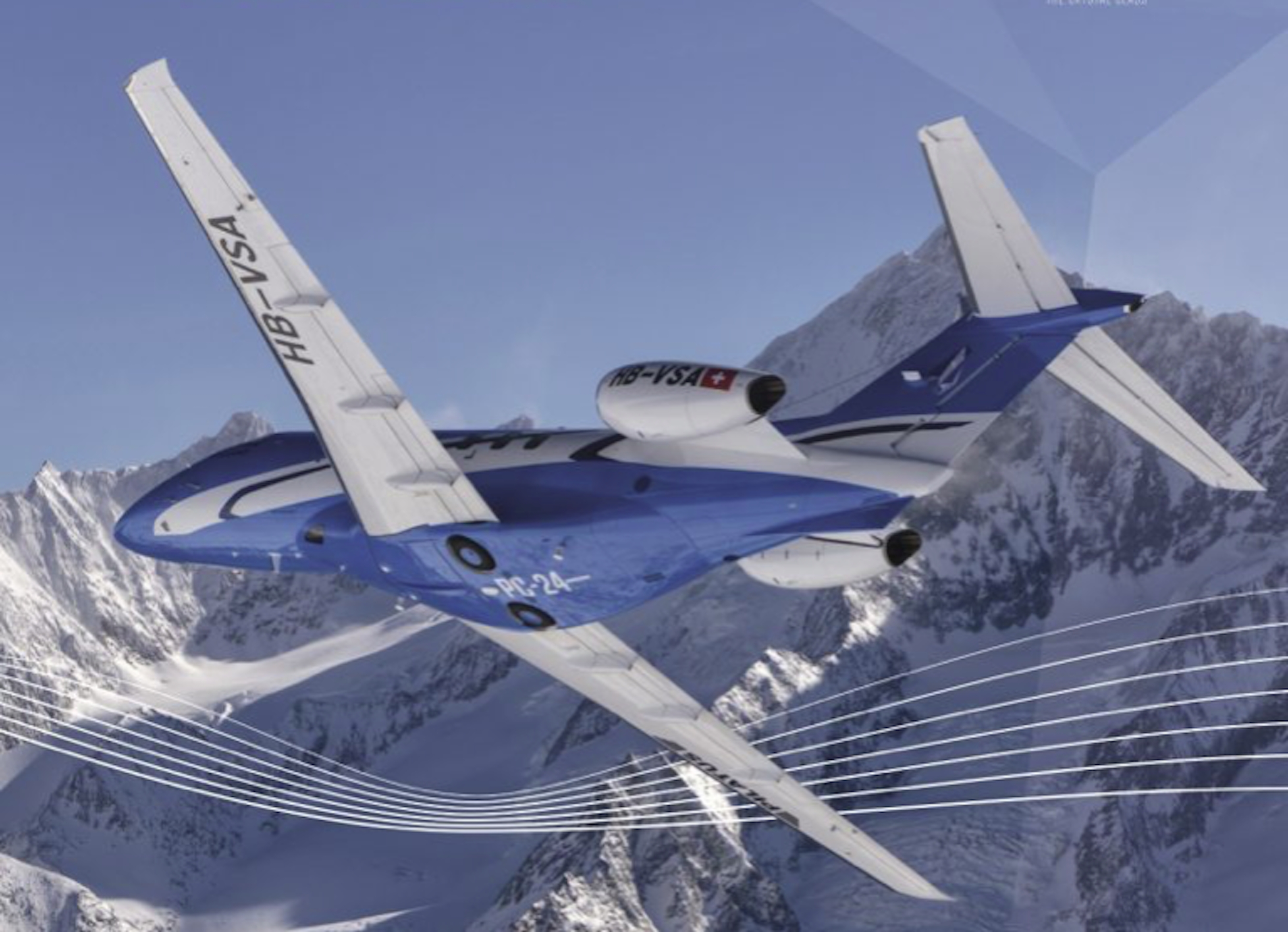 In any project to develop a new aircraft, certification by the aviation authorities is by far the most important milestone, given that it means deliveries to customers may go ahead, generating revenue for the manufacturer. The PC-24 development project was officially announced in 2013, but work on the Super Versatile Jet has in fact been in progress for the past eleven and a half years.

Complex project with a tight schedule

The first PC-24 prototype completed its maiden flight in May 2015. All three prototypes used in the certification programme have flown a total of 2205 hours worldwide so far. Some flight tests were conducted in extreme environments: in icing conditions and very hot temperatures, at altitudes and speeds not usually encountered in everyday operations. Other tests have included bird impacts, structural stress tests, noise tests and general function. All this to prove that customers may depend on this aircraft to operate safely and reliably at all times, in line with statutory requirements. In fact, Pilatus test pilots took the aircraft to the very boundaries of its limits and even beyond, flying it in configurations and maneuvers forbidden to the commercial pilots who will subsequently occupy the cockpit.

Oscar J. Schwenk, Chairman at Pilatus, had this to say on receipt of the type certificate:

“The PC-24 is the first ever Pilatus business jet. Naturally, the requirements associated with obtaining certification for this sort of aircraft are extremely rigorous, and I need hardly mention that we faced some big challenges. In 2013 we announced that the PC-24 would be ready in 2017, and now, shortly before the end of the year, we have achieved exactly that. And all performance data promised to our first 84 customers have been achieved or even exceeded. The PC-24 delivers a maximum speed of 440 knots (815 km/h) compared to the contractually agreed 425 knots (787 km/h) – to cite just one example. That is pure Pilatus, and typical of the qualities which set us apart!”

Major investments in Switzerland and USA

Pilatus invested over 500 million Swiss francs of own funds in the PC-24 development programme. A further 150 million francs went into buildings and state-of-the-art production machinery at Stans in order to expand our PC-24 series production capacity in parallel. Pilatus currently has eight PC-24s on the assembly line in Stans, with 23 deliveries to customer around the world planned throughout 2018.

In the USA – one of the most important markets for the company – Pilatus invests in a new completions and support center. The interior design will be discussed with the PC-24 customers on site before implementation.

Schwenk comments further on achieving the milestone of certification:

“I’m extremely proud of my workforce, and would like to thank Pilatus owners, the two aviation authorities and our first 84 PC-24 customers for their trust and confidence in myself and my team. This project involved considerable risk, but we always believed 100 percent in our PC-24 and were prepared to go all the way to the limits of what we can reasonably do to ensure its success. Obtaining certification is our reward for so many years of untiring effort.”

The very first PC-24 will be handed over to the American fractional aircraft ownership business PlaneSense® in Stans in December. The aircraft will then be flown to the USA in January 2018, for official delivery to the customer. The first business travelers will enjoy flying aboard it soon after, and may look forward to arriving at their destinations faster, thanks to the PC-24’s unique ability to use short runways. The PC-24’s superb flexibility will open up countless new, as yet unexplored opportunities – as a business jet, Medevac aircraft and for other special missions. That is precisely what really distinguishes the world’s first Super Versatile Jet by Pilatus!