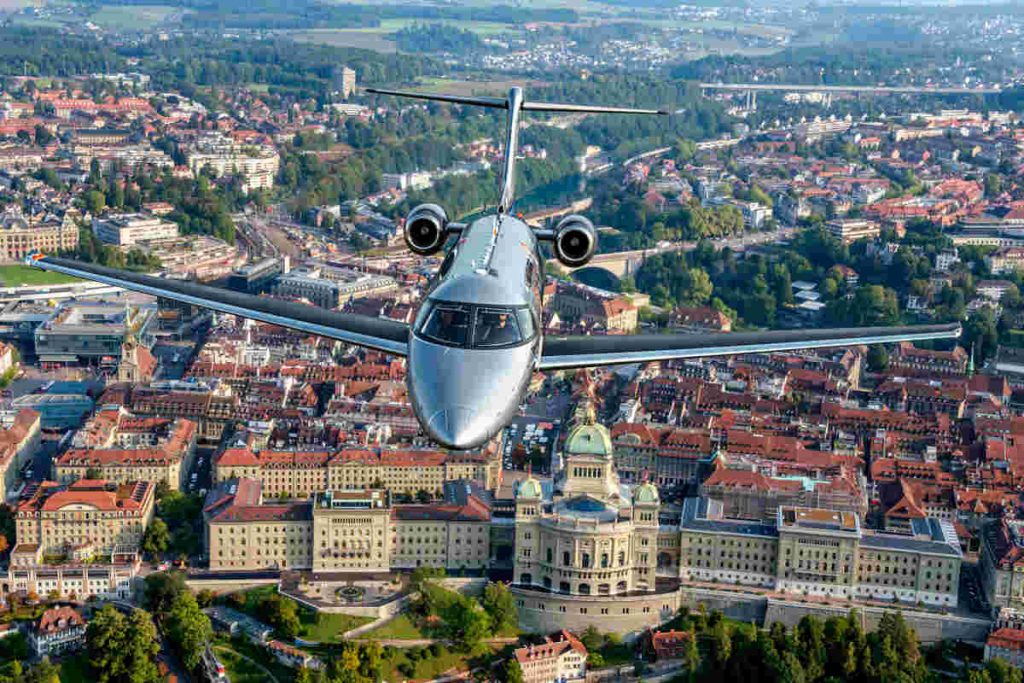 The Pilatus PC-24, introduced in 2018, is a new entry for the Swiss company into the light passenger jet market, even as the aircraft maintains the versatility of the PC-12. With its ability to approach short, unpaved runways, the PC-24 provides access to almost twice as many airports worldwide compared to other jets currently available on the market. (Photo: Pilatus)

Pilatus reported positive year-end results highlighted by its sales revenues once reaching above the 1-billion mark, at approximately 1.1 billion Swiss francs ($1.5 billion Canadian), for the first time since 2015. The company delivered 128 aircraft in 2018, including 18 PC-24, 80 PC-12 NG, 27 PC-21 and three PC-6 aircraft.

The delivery of the first PC-24 in February 2018 marked what the company describes as a milestone in its development phase spanning more than 11 years. The brand-new aircraft, labelled by Pilatus as the Super Versatile Jet, held much of the company’s focus in 2018. Beyond bringing PC-24 series production operations up to speed, Pilatus explains the customer service unit and entire service network for the aircraft also switched into live mode.

Pilatus explains it continues to make improvements to the PC-24 in parallel, pushing ahead with various post-certification test programs aimed at delivering all of the PC-24 capabilities promised to customers from the outset. The company plans to reopen the PC-24 order book in the near future.

The company continues to explain, that while the military sector is hugely important to its business, the lack of new trainer fleet contracts in 2018 is not unduly worrying. Pilatus states it is focused on the necessary upstream work and has reinforced its sales efforts in this area; and that constant growth in after-sales business is encouraging.

The General Aviation business unit also saw continued expansion of its customer service operations, explains the company, particularly as the volume of PC-24s in operation grows. The company notes it strengthened its network of Authorised Pilatus Centres in 2018 to maintain its service level.

At the end of 2018, the Pilatus Group employed 2,283 people, including 127 apprentices, with 93 per cent of all employees working in Switzerland. More than 150 new jobs were created by the company in 2018. At its headquarters in Stans, Pilatus notes work is progressing on the construction of a new structure assembly hall. This new centre of competence for airframe construction operations is scheduled to be commissioned in spring 2019.

The new completion centre in Broomfield, Colorado, run by U.S. subsidiary Pilatus Business Aircraft Ltd. opened in the fall of 2018. In Adelaide, Australia, preparatory work continues for the construction of a new, company-owned building for its subsidiary Pilatus Australia Pty Ltd.

“I am pleased to note that financial 2018 was a very successful year for us. A year in which a great deal of energy went into performing much detailed work. Work which will take us forward throughout the coming year, creating added benefit for our customers,” said Oscar Schwenk, chairman, Pilatus Group. “The good financial results of the past year will also benefit our employees under our profit-sharing programme. In addition to an extra month’s salary, they have also been paid a bonus of 1.5 salaries.”

Schwenk continues to explain the company’s next challenge is already in sight: “The imminent re-opening of the PC-24 order book. This is the year in which the reputation of the PC-24 and all other related services will be established. We are consistent in our efforts towards that goal, thereby consolidating our success and our future.”