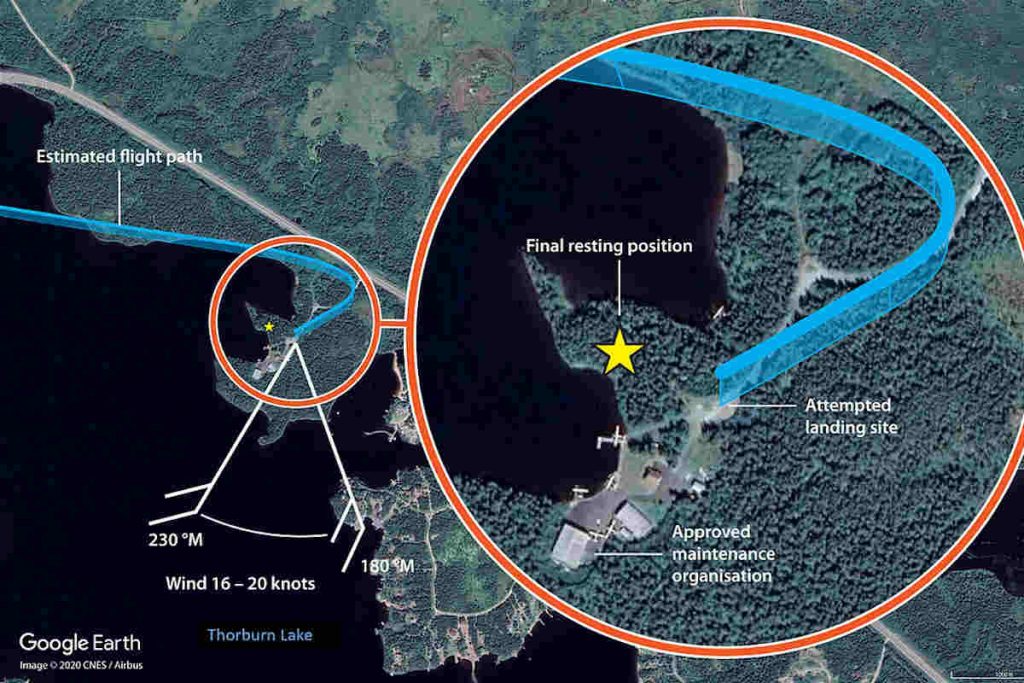 ST. JOHN’S, N.L. — A Transportation Safety Board investigation into a deadly helicopter crash in Newfoundland last year has found that the pilot at the last minute abandoned a plan to land in a small clearing and lost control as he attempted to rise.

In its final report on the July 20 crash, released today, the TSB says the pilot of another helicopter had decided not to attempt a landing in the clearing shortly before, due to wind conditions and the size of the site.

The two Robinson R44 light utility helicopters were travelling together, returning from a fishing camp near Reeds Pond, N.L., and were attempting to refuel at a facility near Thorburn Lake, about 200 kilometres northwest of St. John’s.

The TSB says the pilot was familiar with the landing site but had never attempted to land a helicopter there.

The federal agency says that when the helicopter cleared the treetops its nose began to move to the left and right, a situation called “unexpected yaw.”

As the pilot attempted to regain control, the helicopter’s nose began to move up and down, leading the aircraft’s rotor to sever its tail boom.

One passenger died in the crash, while the pilot and another passenger were seriously injured.

The TSB says it found no pre-existing malfunctions that may have led to the crash.