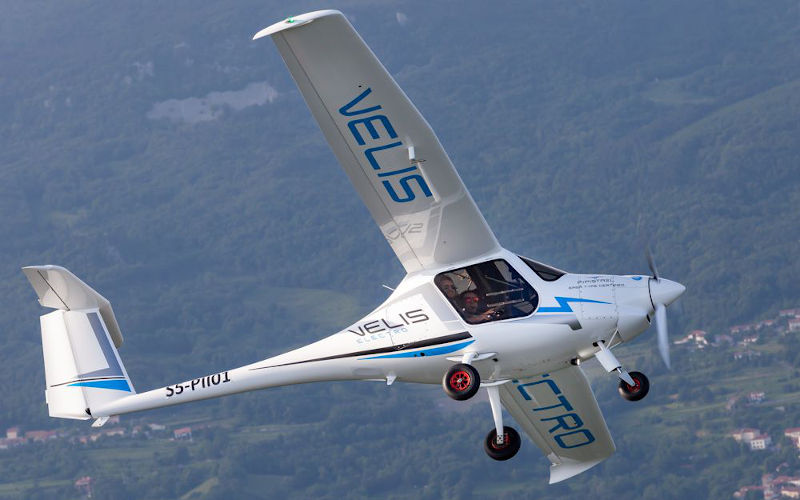 The Pipistrel Velis Electro became the world’s first fully electric airplane to obtain a type certificate, which it received from EASA. Aimed at pilot training, the two-seater holds a 600 kilogram Maximum Takeoff weight, which is rated for a cruising speed of 90 knotts – when leveraging 35 kWs of power – and an endurance of 50 minutes, plus VFR reserve.

The aircraft is rated for a top speed of 98 knotts and service ceiling of 3,660 metres. It is powered by Pipistrel’s previously type certified 57.6kW liquid cooled electric engine, which is available to other OEMS, and two liquid-cooled batteries connected in parallel.

Based in Slovenia, Pipistrel has been developing all-electric aircraft models since 2007. Certification of the Velis Electo took less than three years; working closely with the European Union Aviation Safety Agency. The process also included experts from Swiss and French authorities, to prepare the Velis Electro for entry into service in these two countries.