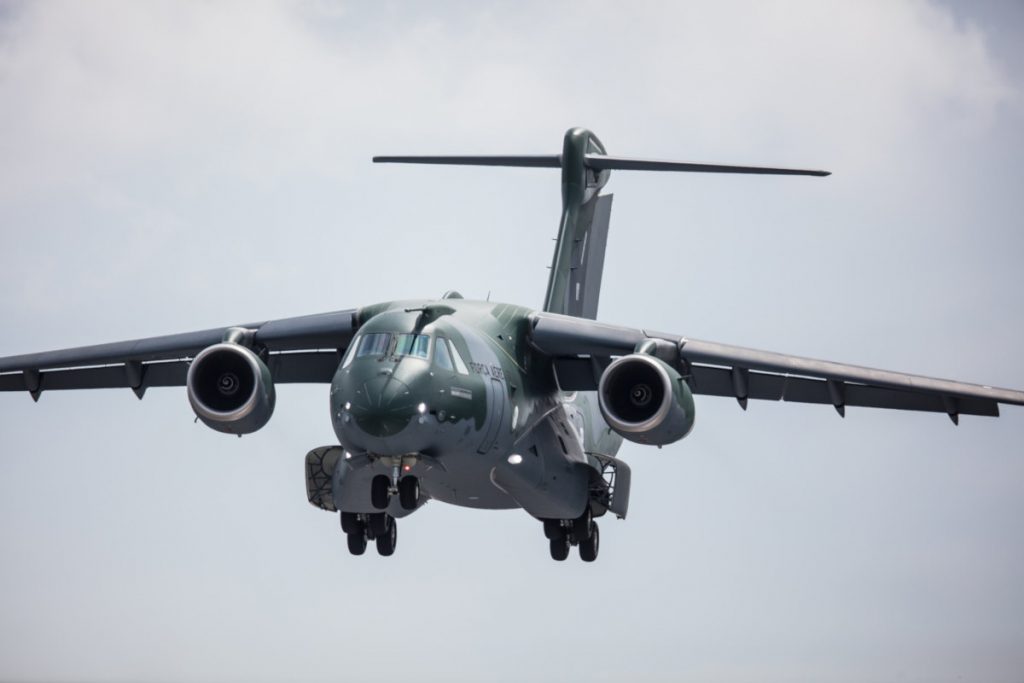 Best known for its aerial-refueling capabilities, the Embraer KC-390 is a multi-mission aircraft to support areas like humanitarian support, SAR and medical evacuation. (Photo: Embraer)

The Portuguese government placed a firm order for five Embraer KC-390 multi-mission airlifters as part of its process to modernize Portuguese Air Force capacities. Noted as the first export order for the new aircraft, which entered full serial production in 2018, deliveries of the KC-390 to Portugal are scheduled to begin in 2023.

In addition to its aerial-refueling function, the KC-390 is designed to perform different types of military and civilian missions including humanitarian support, medical evacuation, search and rescue, and firefighting. The KC-390 order meets the requirements of the Portuguese Air Force, adding new cargo and troops transport, aerial delivery and aerial refueling capabilities.

“This is a very important step to consolidate the aircraft which we believe will become another success for Embraer. The Portuguese KC-390 will meet new interoperability requirements, in the areas of secure navigation, data and voice transmission that will allow the KC-390 to integrate joint operations in multinational alliances in which Portugal is integrated,” said Jackson Schneider, president and CEO, Embraer Defense & Security. “These requirements, developed in partnership with the Portuguese Air Force, will enable the KC-390 to meet the needs of many other nations around the world.”

Schneider continues to explain the industrial partnership between Portugal and Embraer contributes to the development of engineering and the Portuguese aeronautics industry, representing more than 300 million euros in exports each year, as well as thousands of highly skilled jobs. In terms of development and production of the aircraft, Embraer describes Portugal as the largest international partner of the KC-390 program.