Proposed luxury tax would have near and long term consequences 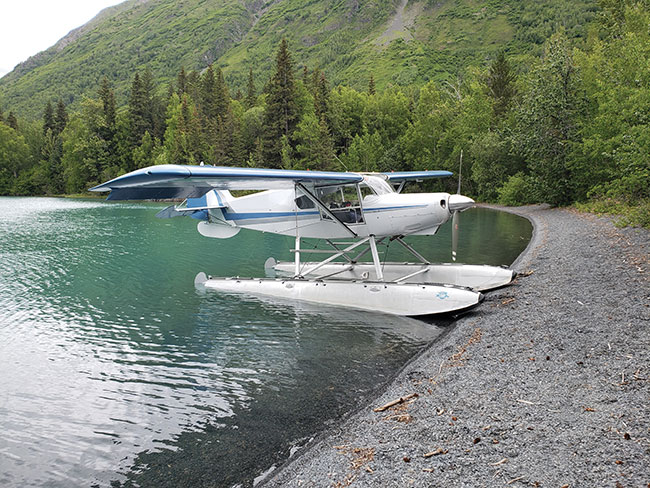 On April 19, 2021, Canada’s Federal government released the budget. In 2019, the Liberal party‘s fiscal plans included a new luxury tax designed to tax Canada’s wealthiest individuals through automobile, boat and aircraft purchases. In 2020, the Federal government was distracted with fighting the COVID-19 pandemic and, as such, deferring the release of a budget. Changes to Bill C-30, however, an act designed to implement certain provisions of the budget tabled in April 2021, includes a luxury tax.

The Federal Budget and Bill C-30 implements a new luxury tax on general aviation (GA) and business aviation (BA) private aircraft purchases. The Federal budget, containing 724 pages, is delivered in a layered approach. The details of the proposed luxury tax can be found starting on page 658. In a nutshell, the luxury tax will: Attract tax on new private aircraft purchases; a 10 per cent tax on the purchase price in Canadian dollars; or 20 per cent of the purchase price after the first $100,000 (whichever tax amount is less); is collected and remitted to the government by the seller of the aircraft; and the luxury tax attracts tax. The tax bar for boat purchases is set at $250,000.

The new aircraft tax is expected to come into effect on January 1, 2022. More details, definitions and timelines will be forth coming once the changes to the tax act are released. The Federal government estimates that the new luxury tax on cars, boats and aircraft tax will generate $604 million over five years starting in 2021/2022.

Aircraft which come into scope of the new luxury tax are new private aircraft. Out of scope of the luxury tax are large aircraft typically used in commercial activities, such as those equipped for the carriage of passengers and having a certified maximum carrying capacity of more than 39 passengers. Smaller aircraft used in certain commercial activities (such as public transportation) and aircraft used by Canada’s police, military, air ambulance and rescue services are out of scope of the tax. The budget, however, does not define what a new aircraft is, whether it is new to the Canadian aircraft registry, new to the purchaser or a brand new aircraft with no previous owner. Hopefully the intention of the Federal government is the latter. There are still a number of outstanding questions that need to be addressed. Regional carriers like Porter, flying De Havilland Dash 8-400, with seating for 78, are outside of the new luxury tax, but regional carriers like FlyGTA, flying Embraer Phenom 300 aircraft, may be within the scope of the luxury tax.

The new tax will be applied at the final point of purchase. In the case of an aircraft being imported into the Canada, the tax will be applied and collected at the border. The seller or lessor of the aircraft is responsible for the collection and remittance of the tax. The tax is payable upon purchase or importation regardless if the aircraft is purchased outright, financed or leased. Of note, GST/PST/HST is applied to the final sale price of the aircraft, inclusive of the new tax. Depending upon the province in which the aircraft is registered, this could add another 13 per cent tax (to the luxury tax), essentially tax on a tax, increasing the luxury tax to 12.89 per cent, with total tax at 25.89 per cent. As an example, a small regional airline or business, purchasing a factory new HondaJet will face an additional burden of roughly $703,000 or a Pilatus PC12-NGX would add $795,000 of additional tax burden, dependent upon the U.S. exchange rate at the time of importation. Chris Nowrouzi, CEO of FlyGTA, reports, “The proposed luxury tax will cripple FlyGTA’s future expansion plans, while providing American operators with an unfair competitive advantage.”

Reactions from leaders within Canadian aviation have been swift. Christine Gervais, CEO of the Canadian Owners and Pilots Association (COPA), explains, “We at COPA are concerned that this new personal tax will impede the number of pilots being able to own an aircraft, as many are purchased through a cost-share model due to the rising costs of ownership. The more onerous the cost of ownership becomes, the less pilots will fly, thus affecting the essential business and traffic that our aerodromes and local communities rely on. This is a troubling trend which our vulnerable airport system has already been experiencing in the last decade, but especially this past year.

“Without a pilot’s freedom to fly, our network of airports may experience an inordinate amount of harm due to a dramatic decrease in aircraft activity,” continues Gervais. “The equivalency placed on a $100,000 car to an aircraft of the same value as being a luxury is incorrect. While there are hundreds of conventional and hybrid green automotive brands selling in Canada below the threshold of $100,000, there are virtually no new aircraft or helicopters selling in Canada for less than $100,000. There is an abundance of new boats that can be purchased for less than $250,000. A basic single engine piston aircraft sells today for amounts in excess of $500,000 and are already taxed. The $100,000 threshold placed on new personal aircraft is a highly unrealistic one and adding a 10 per cent tax to items that are already taxed is inequitable. This creates the erroneous perception that a specific item is deemed a luxury, which is unfounded and impetuous.”

Anthony Norejko, CEO of the Canadian Business Aviation Association (CBAA), characterizes the new aircraft luxury tax as a tax which will generate a low amount of net new revenue (tax) to the Federal government, but with a high cost. Capital will flow to the easiest direction, suggesting that Canadian individuals and corporations will consider registering their aircraft in the U.S., Ireland or other countries which have more lenient tax structures.

Norejko reports, “This action is unfair and unsupportable as Canadian taxes such as GST and applicable PST are already applied to the purchase of these aircraft and the personal use of an aircraft is already recognized as a non-deductible taxable benefit to the individual.

“Moreover, the Income Tax Act does not specify or limit the type or size of aircraft: An airplane of any size can be used for business purposes,” continues Norejko. “There is no other way to interpret this proposed tax but to see it as a gesture without real benefit to Canadians. The reality is that the only people who will be affected by the tax are the communities and businesses that rely on air service, and they are anything but wealthy. This tax is just a distraction from the real work that has to be done to get our economy moving.” Both Norejko and Gervais met with the Federal Government’s Finance Committee delivering a presentation and answering the committee members’ questions. You can find the video presentation on YouTube by searching: Finance Committee Appearance CBAA.

Individuals may choose to utilize U.S. trust companies to register their aircraft on the U.S. registry (via N-Number). Although the aircraft is technically not imported into Canada, it may be subject to HST/GST/PST upon entering Canada. As Canadian corporations and individuals register their aircraft in the U.S., an unintended outcome will be Transport Canada losing regulatory oversight of aircraft operating in Canadian airspace. The Canadian aviation ecosystem will also lose high margin professional services, as Canadian AMEs are limited in terms of the FAA’s regulatory requirements.

It is challenging to calculate the financial impact of the luxury tax without clarification on its true scope. A search of Transport Canada’s aircraft registry indicates that 228 and 209 factory-new aircraft were added to the registry in 2019 and 2020, respectively. Transport Canada does not track the purchase price of an aircraft, which also makes it difficult to determine the true marginal tax contribution of new private aircraft. Of the 228 aircraft, 29 were Bombardier BD-700 series jets, which may be placed on the registry for Bombardier internal purposes.

Some people argue that this tax is a slippery slope toward layering an additional tax onto all aircraft transactions, including purchases and rentals. Currently, taxes on aviation fuel sales are directed into the general revenue coffers and not allocated to aviation sector infrastructure upgrades or Federal investments into Canadian aviation research and development activities. COPA recently completed an economic impact study which found the GA community contributes $9.3 billion annually to the Canadian economy, of which $5.4 billion is directly attributable to wages and economic spinoffs by those employed in the GA sector. The CBAA calculates that aircraft luxury tax contributions would be approximately $15 illion per year. The taxation of personal use of corporate-owned aircraft, however, would be captured as a non-deductible taxable benefit on the individuals personal tax returns. A further impact of the luxury tax, when applied to commercial operators and flight departments, would be to increase the cost of goods and services to their customers, essentially passing on the luxury tax to lower- and middle-class Canadians.

Both COPA and the CBAA have formulated responses to Ottawa’s aircraft taxation plan. COPA has posted on its website a letter template which can be edited. COPA’s leadership urges Canadian pilots, regardless if they see a new aircraft purchase in their future, to write their Member of Parliament, the Finance Minister and the Minister of Transportation. The freedom to fly must be protected against unfair taxation. The average Canadian pilot is not part of the one percenters, but instead enthusiasts who face rising costs of flying year over year and who are challenged to maintain their flight hours contributing to flight safety.

Our freedom to fly has been under attack for many years, as service levels have changed, while costs for owning and operating an aircraft increases year over year. The new luxury tax is another attempt to finically restrict the average pilot and will damag corporate flight departments and small air carriers.