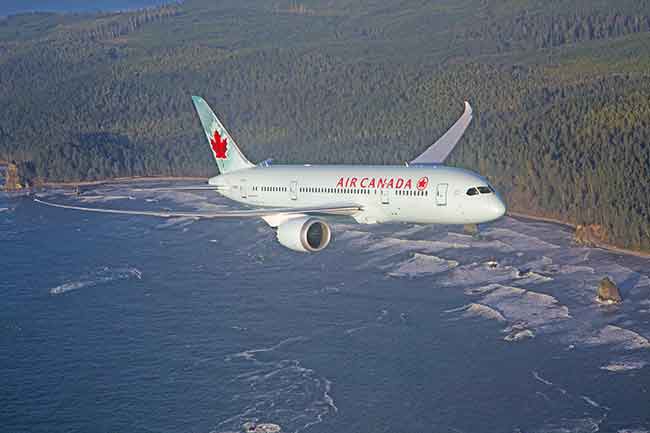 In a speech earlier this year before a business audience in Montreal, Air Canada CEO Calin Rovinescu was ruminating about how important his airline was to the country’s economy.

Noting there is a direct link between international commerce and the airline industry, Rovinescu cited a study by Airports International Council that concluded that each 10 per cent increase in airline connectivity translates into a half percentage point in gross domestic product per citizen. He put that statistic in a context related to Montreal and the country as a whole.

“With great determination, we have made our company more competitive, more reactive and more capable of exploiting the international movement of passengers and cargo,” he told a meeting of the Montreal Council of Foreign Relations and proceeded to rhyme off a few figures. He noted Air Canada has approximately 27,000 employees, including 7,000 in Quebec counting regional partners and that operating income exceeded $12 billion in 2014. The airline has some 360 aircraft in its fleet and operates more than 1,500 flights a day with its regional partners to 185 destinations on five continents.

Rovinescu also pointed out the airline spends billions annually on things such as aircraft, simulators, avionics, communications equipment and fuel and has partners and suppliers around the globe.

“In association with IBM, we have worked out a complex analysis program . . . to better manage fuel quantity. We’ve developed new management tools to optimize seat pricing . . . with the help of MIT and the University of Montreal, as well as a tool to analyze the management of customer relations to personalize their flight experience. In short, we are a complex company operating in a complex industry that plays a crucial role in the world economy.”

In Canada, the economic spinoffs of the airline industry have been pegged at more than $34 billion, with Air Canada accounting for over half that figure, Rovinescu noted. The airline generates about $1.5 billion a year in revenue in Europe, a figure that will increase with the Canada-EU Free Trade Agreement, he added.

Air Canada “has put its money where its mouth is,” by increasing its international capacity this summer by 31 per cent since 2009 with new service to Amsterdam, Dubai and Delhi, among others. A new code share agreement with Air China will result in more flights between the two countries, including a new Montreal-Beijing service beginning sometime this summer.

Noting that connecting passengers are the “life blood” of major airlines and airports, Rovinescu said the classic example of a successful hub is Schiphol Airport in Amsterdam that welcomes 52 million travellers a year in a country with only 16 million people.

Air Canada is also purchasing a total of 37 Boeing 787 Dreamliners, including eight already in the fleet. The airline has also placed orders for up to 109 Boeing 737s and additional 777s and Bombardier Q400 aircraft for a total of $9 billion for new equipment.

These moves appear to have impressed at least one analyst who has revised Air Canada’s stock performance upwards as fourth quarter results were better than expected and cost reductions are expected to continue.

“Despite the Canadian dollar headwinds, management continues to be confident in reaching a 15 per cent cost per available seat mile reduction (from 2012 levels) by the 2017 timeframe,” said National Bank Financial analyst Cameron Doerksen. “The major near-term drivers will be the ongoing growth in “Rouge” (where wide-body CASM is 30 per cent lower) . . . and the roll-out of the new 787s on international mainline routes.

“Also of note, the recent new capacity purchase agreement with Chorus is expected to boost operating earnings by a cumulative $550 million over the next six years (including $50 million in 2015). Air Canada will also see additional savings as the new narrow-bodies begin arriving later this decade.”

The bulk of Air Canada’s growth is coming from more profitable international markets where the company has lowered its cost structure to compete more successfully, Doerksen noted. He said the strategy is paying off with Air Canada registering a 23 per cent increase last year of U.S. and international originating connecting passengers.

“Air Canada believes it has a $600 million incremental revenue opportunity with this traffic by 2017,” he said.

Taking a swipe at the federal government, Rovinescu said Air Canada is holding its own against the top carriers in the world despite being hamstrung by public policy.

“There exists today in our country, multiple barriers that need to be eliminated in order to ensure Canadian aviation remains globally competitive. In a World Economic Forum report on Travel and Tourism, Canada ranked in the top 10 per cent with regards to air access, but ranked 136th out of 144 countries based on aviation rates and charges.”

Following his speech, Rovinescu was asked to comment on whether he’s concerned about the delays facing Bombardier’s CSeries and whether the aircraft is being considered as an eventual replacement for Air Canada’s 25 Embraer 190 aircraft.

He said the CSeries will definitely be in service when the time comes for Air Canada to replace its 90-seat Embraer aircraft after 2020. But he gave no date when an order would be placed.

“I certainly wouldn’t be concerned if I was in the market for airplanes today and I don’t think it will be a problem [in the future]. When those Embraer come out [of our fleet], for sure the Bombardier CSeries will be an alternative . . . 100 per cent. I have visited the Mirabel facility twice and I have been very favourably impressed by the product and as I have said many times, this is a really good airplane and (Bombardier) is a really good company.

“And I think the management changes they’ve made recently are also going to be positive. I think having someone of the quality of Alain Bellemare [from United Technologies Corp.] joining Pierre Beaudoin in leading the company is a really good development and we are certainly going to be there at the right opportunity, but it’s not a tomorrow morning decision.”

The Air Canada boss said lots of companies, including his own, have faced similar challenges and have emerged much stronger and he expects the same result at Bombardier.

“Some of this is classified information that airlines aren’t privy to, but governments are,” he said. “There’s been a big initiative at IATA and ICAO, and ICAO has established a task force to establish a communication of information. Therefore you have a more consistent approach to what governments know about a particular situation.”

Bombardier announced that the CSeries program’s cost has soared to US$5.4 billion from US$4.23 billion a year ago following a four-month delay in flight tests because of an engine failure. Bombardier is also shoring up its finances by suspending its dividends and working to raise an additional US$2.1 billion in capital.

If the company does find itself in financial difficulty, the Quebec government is prepared to bail it out as Bombardier burns through cash to bring the CSeries and new Global 7000-8000 corporate jets to market.

Bombardier had available liquidity of $3.8-billion as of the end of December, including $2.4-billion in cash. Debt including its pension liability is approaching $10 billion, according to BMO Nesbitt Burns. The company expects to burn through $2 billion in capital expenditure for its aerospace business alone this year.

The company has shored up its finances by suspending its dividend and issuing $1.1 billion of new equity. It is also raising U.S. $2.25 billion in debt.

For Quebec bashers that claim provincial manufacturers are always looking for a handout, let’s not forget that in 2009, the federal and Ontario governments helped General Motors and Chrysler with roughly $14 billion (U.S.) in aid as the car makers worked through bankruptcy procedures.