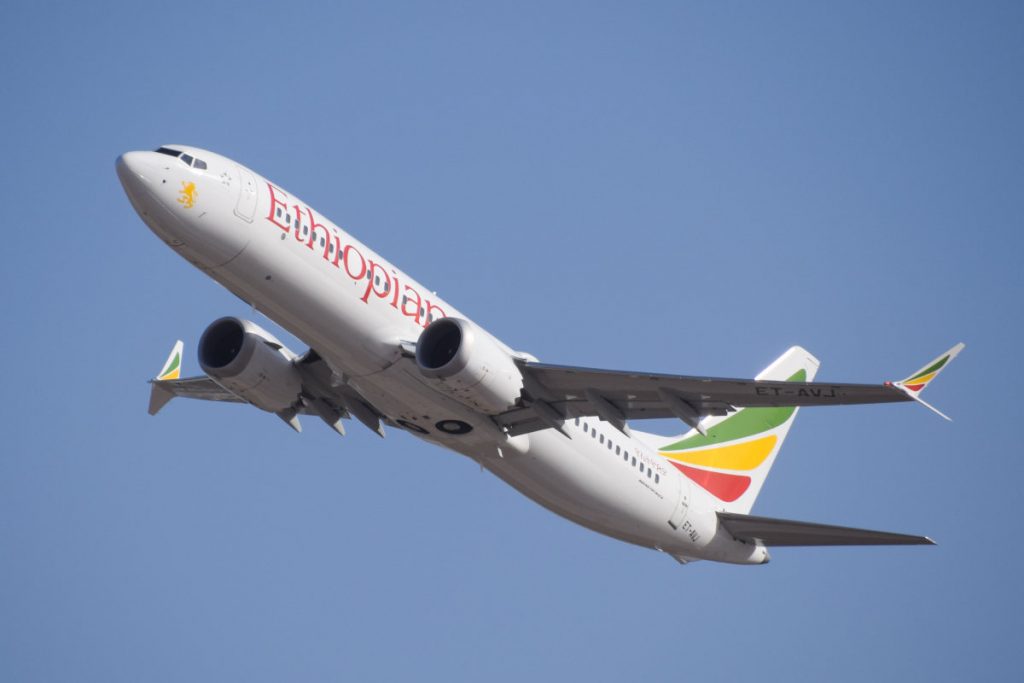 The Ethiopian Accident Investigation Bureau (AIB) today released a preliminary investigation report into the March 10 crash of Ethiopian Airlines flight ET302, in which all 157 people on board died, including 18 Canadians. Days after the deadly accident, aviation authorities around the world grounded the Boeing 737 MAX aircraft from passenger flights, because of concerns that the incident was similar to the October 29, 2018, Lion Air flight JT610 that crashed, killing all 187 people on board.

“All of us at Ethiopian Airlines are still going through deep mourning for the loss of our loved ones and we would like to express our deep sympathy and condolences for the families, relatives and friends of the victims,” said Tewolde GebreMariam, CEO, Ethiopian Airlines Aviation Group, following today’s release of the preliminary report into flight ET302.

Ethiopian Airlines released a statement today, which reads in part: “The preliminary report clearly showed that the Ethiopian Airlines Pilots who were commanding Flight ET302/10 March have followed Boeing’s recommended and FAA’s approved emergency procedures to handle the most difficult emergency situation created on the airplane. Despite their hard work and full compliance with the emergency procedures, it was very unfortunate that they could not recover the airplane from the persistence of nose diving.”

Preliminary investigations into the Lion Air crash focused on the 737 MAX anti-stall system, designed to prevent a plane from pointing upward at too high of a rate and angle, creating issues with measuring air speed and altitude. “The angle-of-attack sensor was faulty on the Indonesian flight [JT610] and essentially gave the impression that the nose was too high,” said Marc Garneau, Minister of Transport, when he issued a safety notice to suspend the Boeing 737 MAX from Canadian airspace. Garneau noted this error of the angle-of-attack sensor is leveraged by the 737 MAX’ Maneuvering Characteristics Augmentation System (MCAS) designed to prevent the aircraft from stalling during the aircraft’s climb after take-off.

Boeing also issued a statement today regarding the release of the preliminary investigation report of Ethiopian Airlines Flight 302, which in part reads: “The preliminary report contains flight data recorder information indicating the airplane had an erroneous angle of attack sensor input that activated the [MCAS] function during the flight, as it had during the Lion Air 610 flight. To ensure unintended MCAS activation will not occur again, Boeing has developed and is planning to release a software update to MCAS and an associated comprehensive pilot training and supplementary education program for the 737 MAX.”

Analysts predict it will be several more weeks before the Boeing 737 MAX is given clearance to fly again.

“I’d like to reiterate our deepest sympathies are with the families and loved ones of those who lost their lives in the accident,” said Kevin McAllister, president and CEO, Boeing Commercial Airplanes. “We thank Ethiopia’s Accident Investigation Bureau for its hard work and continuing efforts. Understanding the circumstances that contributed to this accident is critical to ensuring safe flight. We will carefully review the AIB’s preliminary report, and will take any and all additional steps necessary to enhance the safety of our aircraft.”