There is no question that having the International Civil Aviation Organization (ICAO) based in Montreal has helped attract other aviation organizations to the city, including Airports Council International, the global pilots association (IFLPA) and the global air traffic controllers’ association (IFATCA). The city is also home to 51 of ICAO’s 191 member states and permanent staff. 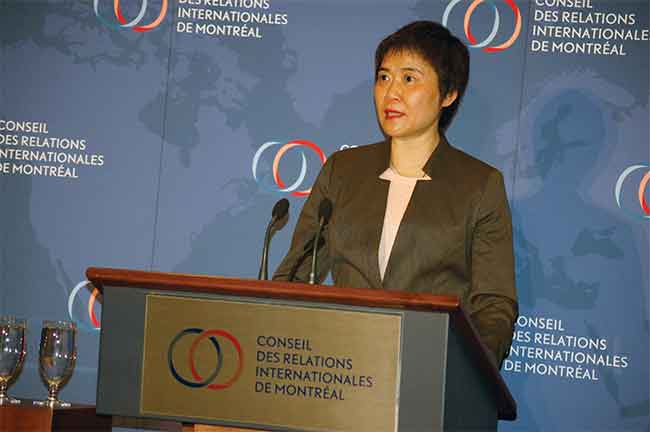 Just upgrading air traffic systems alone could add $300 billion a year to the global economy. There is no question that having the International Civil Aviation Organization

The importance of ICAO to the city’s economy was outlined in a recent speech by Dr. Fang Liu, secretary general of ICAO to the Conseil des relations internationales de Montréal (CORIM). Liu notes that the number is roughly $120 million a year.

“And let us not lose sight of the fact that, as a number of U.N. agencies are looking beyond New York for cost-effective locations for their operations, Canada’s positive approach to multilateralism and Montreal’s many international qualities could drive an even greater U.N. presence in this city in the years ahead,” she remarked.

One of ICAO’s occupations is working with other U.N. organizations towards its historic “Agenda 2030” and its Sustainable Development goals. ICAO is supporting the initiative through its own initiative called “No Country Left Behind” which is focused on providing and coordinating assistance and capacity-building for developed and developing countries, Dr. Liu explained.

“By improving and reinforcing their ability to implement ICAO standards, becoming full and responsible members of the global air transport network in the process, ICAO helps ensure that all states and regions can prosper from aviation’s many benefits,” she said.

Implementing measures under ICAO’s initiative could double aviation’s global GDP contribution to about $5.8 trillion over the next 15 years. Just upgrading air traffic systems alone could add $300 billion a year to the global economy, Dr. Liu pointed out.

But in this age of belt tightening, she questions how much money will actually be spent, since only 2.6 per cent of annual global development financing supports aviation infrastructure upgrades.

“This is absolutely insufficient if we wish to accommodate and manage future growth, safely and efficiently,” Dr. Liu said. With sectoral growth its greatest challenge, ICAO recognizes that without major modernization, the projected expansion of air travel could “overload the system,” resulting in a negative impact for economies and businesses, large and small.

One topic of concern is climate change and aviation’s role in reducing emissions that currently account for two per cent of the world’s greenhouse gas emissions. The expected increase in air traffic will make reductions much more challenging.

And while a historic consensus was recently reached at ICAO on a new standard for aircraft CO2 emissions, particulate matter and noise abatement, more needs to be done, Dr. Liu said. The industry needs more sustainable energy alternatives to fossil fuels, airlines must increase their “uptake of energy-efficient technologies and procedures,” while airports and aviation infrastructure must be sustainable and climate sensitive.

And ICAO must continue to work with its members toward a viable market-based measures solution to CO2 emissions for international aviation at its upcoming assembly this fall.

In a more recent development, ICAO implemented a new regulation in Montreal for the real-time tracking of distressed commercial aircraft aimed at preventing a repeat of the MH370 mystery. Two years after Malaysia Airlines flight 370 vanished en route from Kuala Lumpur to Beijing with 239 passengers and crew onboard, ICAO approved a series of proposals answering industry calls for greater aircraft tracking and better flight data utilisation.

The outlines include aircraft carrying tracking devices able to transmit their location once a minute when distressed, a ruling applicable to aircraft built in six years’ time and beyond.

In addition, operators will now be obligated to ensure the recoverability of their flight recorder data while the duration of cockpit voice recording time has been extended from two to 25 hours.