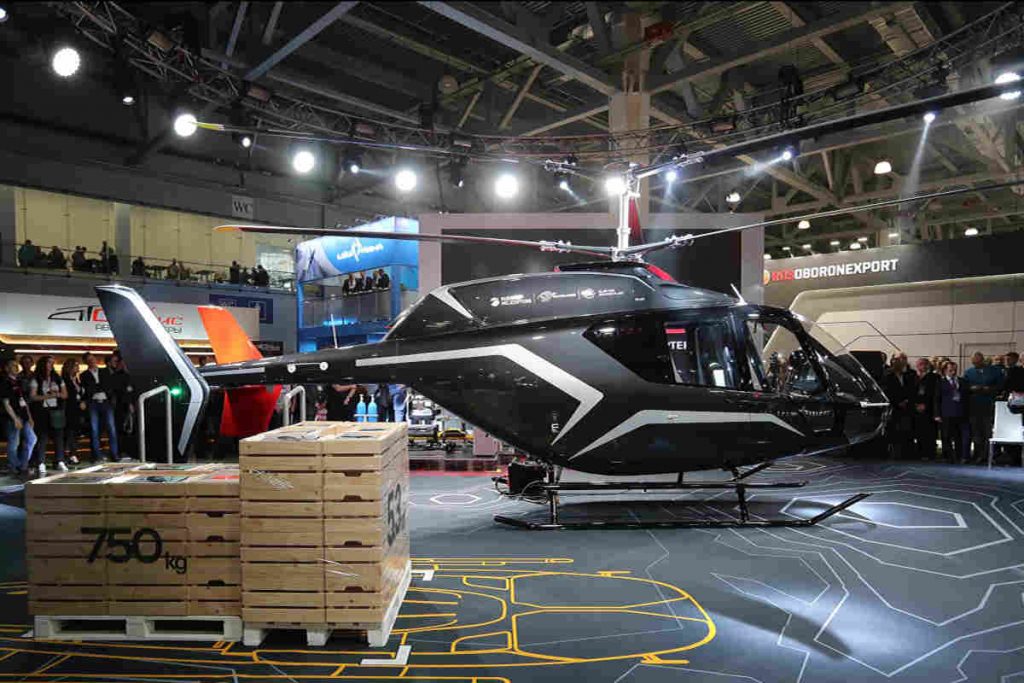 VR-Technologies, which is part of Russian Helicopters Holding Company, and Pratt & Whitney Canada signed a contract for fitting the light VRT500 helicopter with gas-turbine PW207V engines. The VRT500, featuring design collaboration from Italdesign, was introduced as a true concept back in 2017 and its maker expects to fly the first prototype of the coaxial-rotor aircraft in 2020.

PW207V is the advanced modification of PW200 family engines with the capacity of up to 700 hp designed for light-class rotorcraft. More than 5,000 powerplants of this type have been produced, clocking more than 11 million total flight hours.

“PW200 family engines have shown excellent performance as reliable powerplants for helicopters. Currently they are being operated in more than 80 countries worldwide which should considerably simplify the certification of VRT500 and render its after-sales support more accessible and efficient,” said Andrey Boginsky, Russian Helicopters’ director general, who noted the company’s past successful cooperation with Pratt & Whitney Canada. “I am sure that VRT500 project shall strengthen the partnership between the companies.”

For the powerplant to be installed on VRT500 helicopters, the PW207V will be adapted for powering single-engine rotorcraft with a corresponding amendment of Type certificate. VRT500 is a light, single-engine helicopter with coaxial rotor scheme and takeoff weight of 1,650 kg. The helicopter features a capacity for up to five passengers.

Russian Helicopters explains, that because of its embodied design solutions, the VRT500 will be capable of reaching speeds of up to 250 km/h, have a flight range of up to 860 km and take up to 730 kg of payload on board. The helicopter is developed in passenger, utility, cargo, training, VIP and EMS configurations.

“Congratulations to VR Technologies for launching the VRT500 helicopter. We are proud that they have selected the PW207V engine,” said Anthony Rossi, vice president, business development and commercial services, Pratt & Whitney. “We look forward to working together to make this innovative platform a global success.”