Bombardier Commercial Aircraft’s 90-passenger Q400 aircraft configuration received its certification from Transport Canada. The company explains the certification makes the Q400 the first commercial turboprop in the world to reach a 90-passenger capacity. 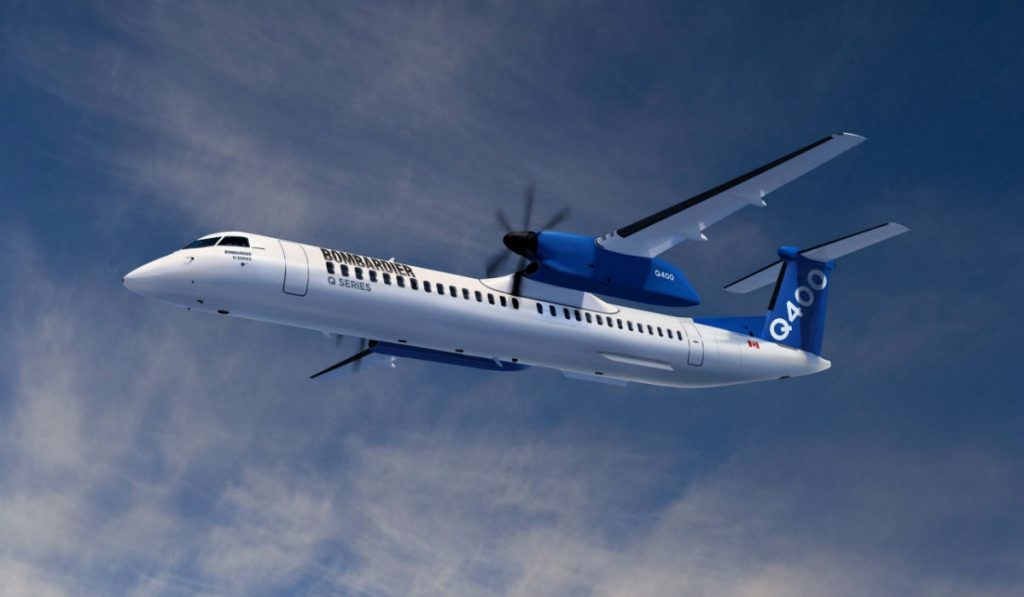 Launch customer SpiceJet of India will become the first airline to operate the extra-capacity 90-Seat Q400 later this year.

“With increasing growth in the number of passengers per departure in the turboprop market, we are excited to offer our customers a higher-capacity configuration and 15 per cent lower cost per seat compared to the previous standard Q400, leading to more profitability potential for airlines,” said Todd Young, head of the Q Series Aircraft Program, Bombardier Commercial Aircraft.

“This milestone certification showcases – once again – the unique versatility of the Q400 turboprop and our continued commitment to the evolution of the program,” continued Young. Launch customer SpiceJet of India will become the first airline to leverage the 90-seat Q400 when it is when delivered later this year. SpiceJet placed an order for up to 50 such aircraft back in 2017.

Combined with the Q400’s speed and flexibility, which is driving higher scheduling efficiency, Bombardier explains this new segment 90-passenger aircraft for high-demand turboprop markets will improve the economic connectivity between smaller towns and major hubs.

Other improvements under development for the Q400 include a 2,000-lb-increase in payload capacity and an escalation of the A-Check and C-Check intervals from 600/6,000 to 800/8,000 flight hours.