PassionAir of the Republic of Ghana becomes the first Bombardier operator in that country to hold three Q400 aircraft, as the Montreal plane producer continues to penetrate the African market. Based in Ghana's capital, Accra, PassionAir will initially operate the three pre-owned Q400 turboprops in a 78-seat configuration on domestic routes. 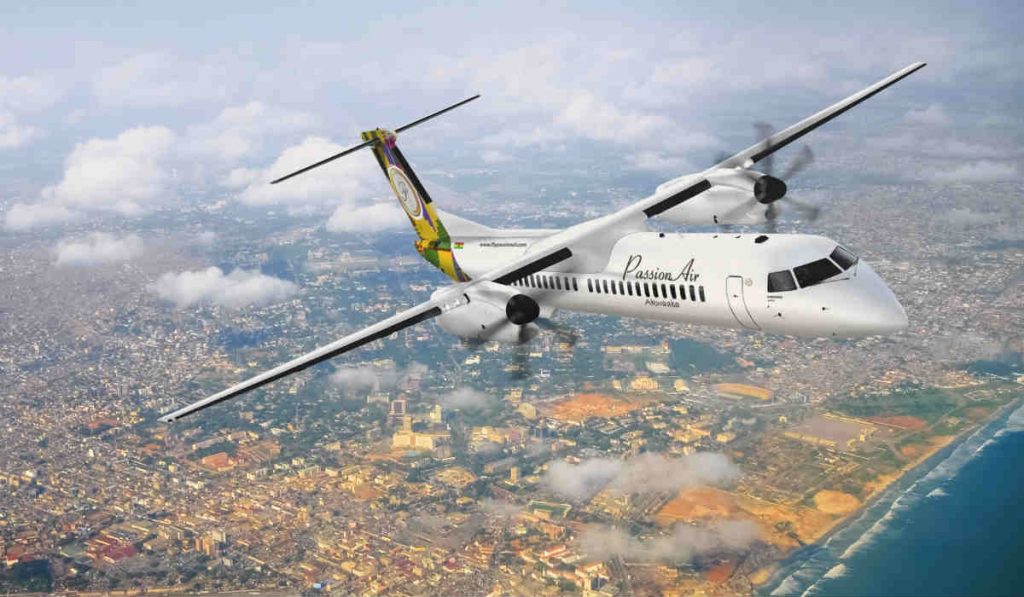 A Q400 in PassionAir livery. The airline based out of Accra plans to expand its network into 12 countries of the West African region. (Photo: Bombardier)

“Our market penetration in Africa continues to intensify and we are pleased to welcome PassionAir as the first commercial airline operating a Bombardier regional aircraft in the Republic of Ghana,” said Jean-Paul Boutibou, vice president, sales, Middle East and Africa, Bombardier Commercial Aircraft. “Africa is the youngest and fastest growing region in the world and regional aircraft like the Q400 will play a key role in helping advancing Africa’s economic growth.”

PassionAir plans to expand its services beyond Ghana to the West African sub-region. “We are confident that we will capitalize on a larger market, which extends to 12 countries and over 180 million potential passengers out of Accra,” said Edward Annan, CEO of PassionAir. He describes the pre-owned Q400 investment as a first step in developing PassionAir’s network.

“Bombardier has sold about 3,500 new regional aircraft to date, and we continue to be very active on the used aircraft market,” said David Speirs, vice president, asset management, Bombardier Commercial Aircraft. “Our recent momentum on the pre-owned aircraft market worldwide is a clear indication that our products are addressing a growing need for regional air transportation, especially in emerging markets.”