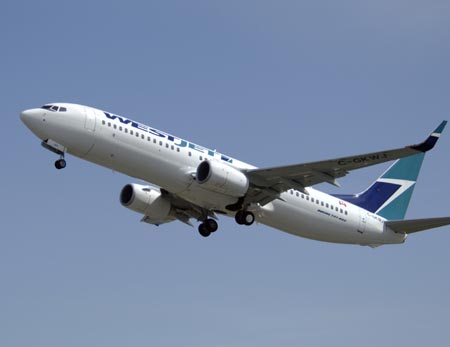 Diluted earnings per share for the quarter were 40 cents compared
to 23 cents in the same period last year, an increase of 73.9 per
cent. Operating margin for the quarter was 13.8 per cent. The carrier's load factor increased slightly as well to 81.9 per cent.

WestJet CEO Sean Durfy praised his staff for the "strong start''
to the year.

"Our capacity deployment strategy, which sees a portion of our
fleet repositioned to sun destinations, benefited from our expansion
into six new international destinations,'' Durfy said.

"Our performance was further improved by the first quarter
strength of both the Canadian economy and exchange rate.''

Fuel prices rose 30 per cent to 83 cents per litre year over year
and continue to be among the industry's "greatest concerns,'' he
said.