For a number of years, the Webster Memorial Trophy Competition was dormant due to financial hardships. In 1980, the resurrection of Webster was organized by a committee of the Aero Club of Canada, along with Captain Charles Simpson, director of operations for Air Canada. 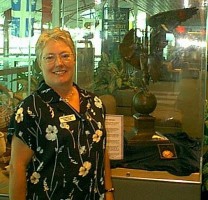 Along with captain Fisher and Eugene Cowie, the stage was set with a full complement of judges assisted by Aero Club personnel. However upon the retirement of Bill Paris, there needed to be formal administrative oversight to ensure that the competition was kept on the rails, developed and maintained. Eunice Carter, Bruce Carter’s wife who was also retiring from TC at the time, volunteered her services, which were gratefully accepted and she became a most important and integral part of the team.

Back in those early days, there basically wasn’t any real social media as we know it today, especially use of the Internet, which did not really blossom until the late 1980s to early 1990s. E-mail, as we know it, did not even exist by that name until 1993. What this meant of course is that this national competition for the Top Amateur Pilot in Canada had to be run by typed letters sent through regular (snail) mail or fax machines.

All of the filing of documents was by hard copy and all organizational projects kept in numerous file folders. Competition items, relevant to say, the awards banquet had to be acquired and stored safely until needed in large containers. In addition, contacts had to be made and maintained with the various supporters of the competition along with appropriate advertising being mailed out across the country proclaiming the event; where and when it would be and how to enter the competition itself. All of this was primarily the responsibility of Eunice Carter and, it was a monumental task successfully completed annually for 15 years.

The crowning achievement each year of course was the competition and especially the awards banquet. While the judges took care of the actual competition for the most part, Eunice had to establish accommodations for all the finalists and other participants, arrange the travel for everyone and organize the banquet, which is no easy task if everything is to run on time and smoothly.

Eunice was also the adopted mother to all the finalists during the competition period, many of whom had never been away on their own in such an environment. This is where she picked up the nickname of “Ma Webster.” Over the subsequent years, so many of her previous finalists kept in touch with her because of the influence she had on them.

Unfortunately, Eunice contracted cancer, which eventually caused her passing on November 8, 2003. “Ma Webster” demonstrated a tireless dedication to general aviation through her efforts on the Webster competition and also through her frequent interactions with the various support agencies involved with General Aviation. Awarded the Paul Tissandier Diploma of the Federation Aeronautique Internationale (the governing body for sport aviation), Eunice also won acclaim as the COPA Award of Merit winner in 2000, and as her appointment of “Honourary Snowbird #1” by the Canadian Snowbirds Aerobatic Demonstration Team. The Carters had a house on the shores of Mississippi Lake and one day during her illness, the Snowbirds did a low level pass in front of their window just for her.

Among her other activities, Eunice was a strong advocate for the Breast Cancer Society, and was an enthusiastic and active member of the Living for Today cancer support group where she was especially effective in helping those just beginning their cancer treatments.

During that time, the runner-up would have his/her name placed upon the Sanderson Shield which along with the Webster Trophy resides at the Canada Aviation and Space Museum. As a final and fitting tribute to Eunice, the Sanderson Shield was retired and is now replaced with the Eunice Carter Memorial Trophy. “Ma Webster” will be remembered!