News
Remembering to mind the gap

There has been a change in our federal government and already we are seeing evidence that the old ways are being replaced with the new. As a child of the 1960s, having first gained an awareness of political theatre by witnessing the purging of John Diefenbaker on one side of the House and the rise of Trudeau 1.0 on the other, I must say that feel somewhat akin to Orwell’s Winston Smith, the protagonist of 1984 and his difficulty in remembering just what it was that any particular side stood for. 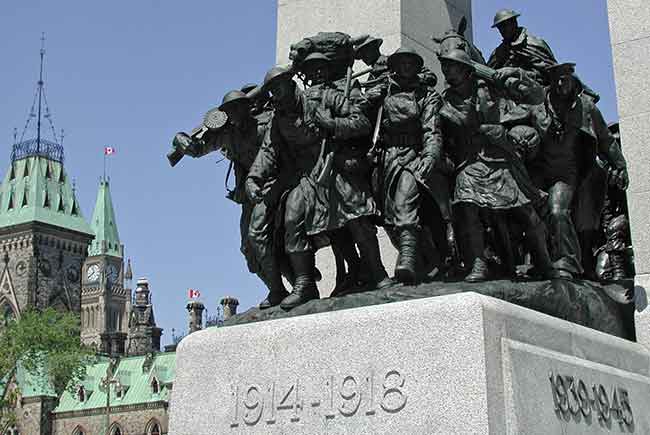 Instead of planning for the past There has been a change in our federal government and already we are seeing evidence that the old ways are being replaced with the new.

I do know that all of our governments have treated our military poorly for all these years, in oh, so many ways. The quality of the service all three branches of the Canadian Forces have delivered, at home and abroad – no matter what the mission – is a testament to the integrity our soldiers, sailors and air crew and their commanders in spite of the decades of short-changing and lip service they have received from their political masters.

We were told that the National Shipbuilding Procurement Strategy would serve as a blueprint for military procurement for decades to come and now we are learning that all may not be as well as hoped for, as both the shipbuilders and senior bureaucrats are voicing their concerns. This as we are stymied by a Fixed-Wing SAR (FWSAR) replacement off-again, on-again process that is headed into its twelfth (or is it thirteenth?) year. And let’s not forget the replacement for the CF-18 Hornet.

We finally took ownership of the first six of the CH-148 Cyclones this past June and will actually be able to retire two Sea Kings. Take a look at what went on across the Atlantic this past November and you’ll see there is no shortage of political ineptitude. Our British friends formed the opinion that a Russian submarine was nosing around its Trident sub base in Scotland, but were forced to turn to the French and then Canadians for sub-hunting aircraft because the British parked their entire fleet of Nimrods in 2010.

It’s called a “capability gap” and it’s not the first time they’ve had to call a friend for help. To add to the drama, Britain recently announced the purchase of nine Boeing P-8 Orion long-range patrol aircraft, but it will be a while before they are delivered. In a refrain that may be all too familiar, the British sole-sourced the P-8s with no competition.

We don’t seem capable of looking at the world outside our own immediate surroundings and just maybe drawing some similarities and learning a thing or two. The British find themselves in a pickle because of choices made in the face of their own budgetary crisis, the lack of maritime patrol aircraft being only one example. They are also said to be forced to extend the operational life of some of their C-130s well beyond their best-before date because of challenges in deploying paratroops from the replacement aircraft.

The British are also extending the life of their Typhoons through 2040 in order to order to preclude any “gaps” before their 138 F-35s are up and running. For their part, the Americans are emphatically denying rumours that would have them buying new F-15, F-16 and even F/A-18 aircraft to provide adequate frontline coverage until their own F-35 variants are fully integrated by 2038.

The JSF development contract was signed in 1996 and I have no idea how long the in-house thought process had been bouncing around before that. Like Winston Smith and his recollections of the time before the time before, by the time we get to 2038 or 2040, it will be like forever in practical terms. Of course Orwell was writing fiction, wasn’t he? Perhaps our journey has been more like Scrooge’s Christmas epiphany: if we can understand where we are today and how we got ourselves here, it’s the only way we will be able chart a course for the future. Instead of planning for the past (as virtually every government has done for the past 200 years), we need to understand where we are in the world, where we want to be in the future and take a realistic approach to what we can do and how we will meet our obligations.

We have a long and proud history of aviation and aerospace in this country, from the Silver Dart through a century of innovation and excellence – and that is just the beginning. Let’s maintain that momentum, understanding what our needs are domestically and globally and make the work fit those needs.