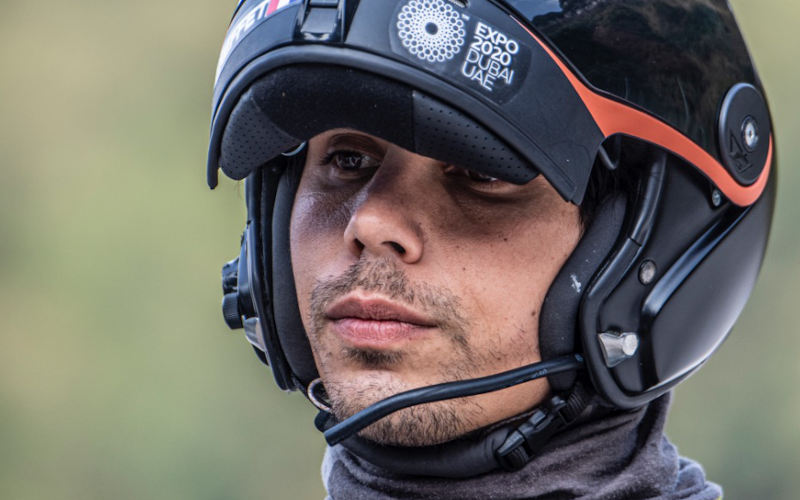 DUBAI, United Arab Emirates — One of Dubai’s famed “jetman” pilots killed in a crash in November failed to deploy the emergency parachute attached to the winged engines strapped to his back, an investigative report released Thursday found.

Investigators from the United Arab Emirates’ General Civil Aviation Authority gave no explanation for why Vincent Reffet, 36, of Annecy, France, didn’t use his parachute in the fall during a training flight in the desert of the sheikhdom.

Describing Reffet as an “experienced professional skydiver” and jetwing pilot, the investigators said video from the Nov. 17 crash appeared to show him lose control and go into a backflip hovering some 240 metres (800 feet) off the ground. 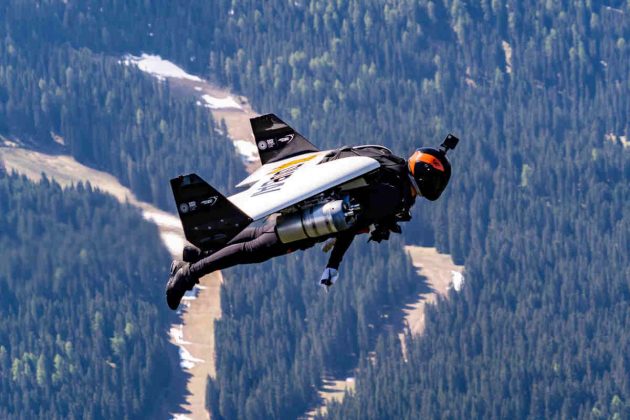 The four-engine Jetwing, used by Jetmen pilots, is described by the company as holding a maximum distance of 50 km (flight duration of 13 minutes), maximum speed of 220 knotts, and an altitude ceiling of 6,100 metres. (Photo: Jetman Dubai)

Such backflips are common when wearing the wings and recoverable if the pilot thrusts forward through the flip, the report said. Reffet had experience coming out of those flips in the past, but at higher altitudes.

“The risks of the 800-feet hover was discussed during the pre-flight briefing and, as a risk mitigation, it was decided to abort the flight and to deploy the pyro-rocket emergency parachute should the jetwing become uncontrollable,” the report said. “The investigation could not determine why the pilot did not choose this mitigation action.”

Video from a camera attached to his helmet showed the parachute only deployed after he crashed into the ground. Prior to that, his hands moved as though he thought he could enter again into a hover, the report said. The jetwing showed no mechanical problems before or during the flight, investigators said.

The training flight was to simulate a takeoff from the ground, a triangular flight and a jet-powered landing on a 800-foot platform, the report said. A helicopter at that altitude was to simulate the platform, but investigators found no sign it played a part in the crash.

XDubai, an extreme sports venture sponsoring the flights associated with the crown prince of Dubai, Sheikh Hamdan bin Mohammed Al Maktoum, did not immediately respond to a request for comment. Nor did Jetman Dubai, for whom Reffet flew.

Reffet had BASE-jumped off the Burj Khalifa, the world’s tallest building at 828 metres (2,716 feet) in Dubai, setting a world record. BASE is an acronym for building, antenna, span and earth. He earlier earned gold medals while competing as a free-flying skydiver on a team and competed as an extreme athlete.

Jetman Dubai, founded by Swiss adventurer Yves Rossy, sees its athletes zip across the sky with a four-engine, carbon-Kevlar wing strapped to their backs. The wings can fly 50 kilometres (30 miles), have a maximum speed of over 400 kph (248 mph) and can reach an altitude of 6,100 metres (20,000 feet).

Famously in 2015, Reffet and Rossy flew alongside an Emirates Airbus A380 double-decker jetliner over Dubai.