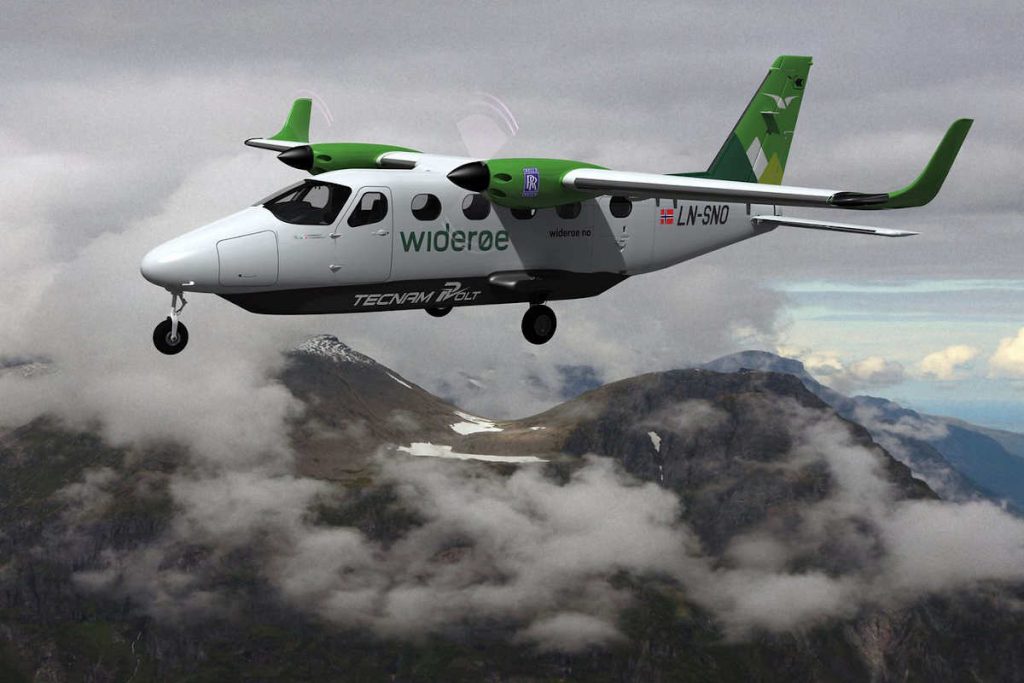 An existing partnership between Rolls-Royce and Tecnam aims to develop the all-electric P-Volt aircraft, based on the 11-seat Tecnam P2012 Traveller. (Image: Rolls-Royce)

Rolls-Royce and airframer Tecnam are joining forces with Widerøe, the largest regional airline in Scandinavia, to deliver an all-electric passenger aircraft for the commuter market, projecting the aircraft will be ready for revenue service in 2026.

“Norway’s extensive network of short take-off and landing airports is ideal for zero emissions technologies,” said Stein Nilsen, Chief Executive, Widerøe. “This aircraft shows how quickly new technology can and will be developed, and that we are on track with our ambition of flying with zero emissions around 2025.”

Rolls-Royce and Widerøe announced their joint research program in 2019 to evaluate and develop electrical aircraft concepts that would fulfil the Norwegian ambition of having the first electrified aircraft in ordinary domestic scheduled flights by 2030 and 80 per cent emission reduction in domestic flights by 2040.

Rolls-Royce’s existing partnership with Tecnam aims to develop a modified Tecnam P2010 aircraft with the H3PS1 propulsion system, which the engine maker describes as the first parallel hybrid-electric propulsion system for General Aviation it started together with Rotax in May 2018.

“Electrification will help us deliver our ambition to enable the markets in which we operate achieve net zero carbon by 2050,” said Rob Watson, Director, Rolls-Royce Electrical. “This collaboration strengthens our existing relationships with Tecnam and Widerøe as we look to explore what is needed to deliver an all-electric passenger aircraft for the commuter market. It also demonstrates Rolls-Royce’s ambitions to be the leading supplier of all-electric and hybrid electric propulsion and power systems across multiple aviation markets.”

Before the pandemic, Widerøe offered around 400 flights per day using a network of 44 airports, where 74 per cent of the flights have distances less than 275 km. The shortest flight durations are between seven and 15 minutes.

“We are highly excited to be offered the role as launch operator, but also humble about the challenges of putting the world’s first zero emissions aircraft into service,” said Andreas Aks, Chief Strategy Officer, Widerøe. “Our mission is to have all new capabilities, processes and procedures required for a zero emissions operator, designed and approved in parallel with the aircraft being developed and certified.”

Fabio Russo, Chief Project R&D and Product Development, Tecnam, said: “It is incredible to see the interest around the P-Volt, not only coming from regional airlines, but also from smart mobility-based companies. This last year has demonstrated the importance of promoting capillary connections between small communities, while reducing the congestion of the main hubs. The P-Volt, like the P2012 Traveller today, will perfectly fit the scope of this program.”