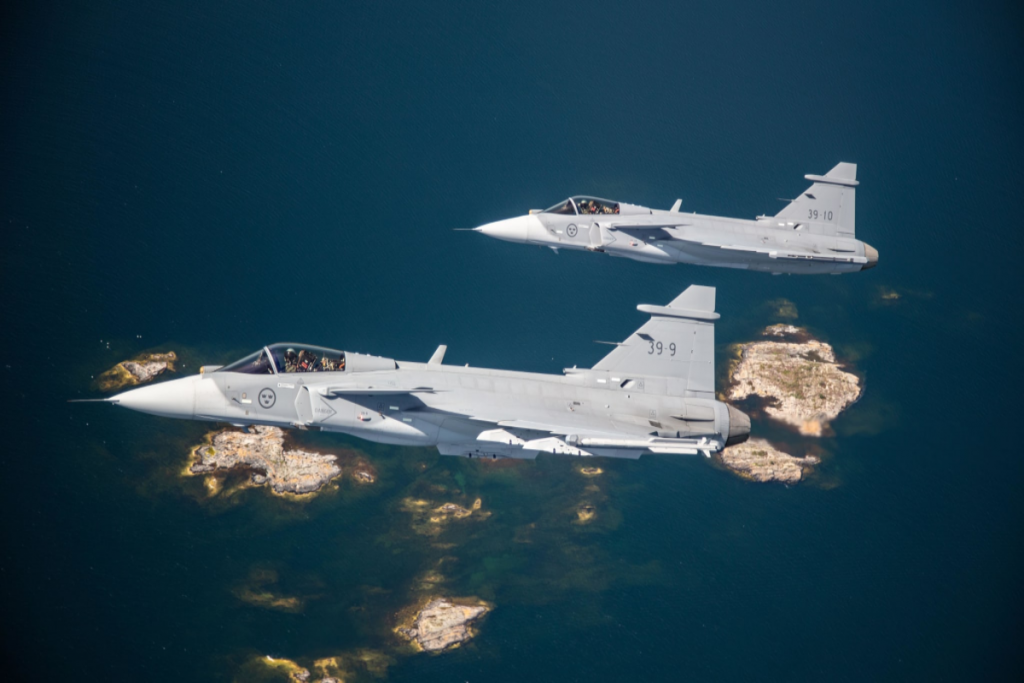 Image courtesy of Saab and the Swedish Air Force

At the AIx Space 2021 Conference, Saab outlined a proposed plan to establish a new facility in Canada as part of its offer for Canada’s Future Fighter Capability Project (FFCP).

The facility would be known as the Saab Sensor Centre, located in Vancouver, British Columbia, with a focus on sensor technologies such as radar. The Saab Sensor Centre would provide career opportunities for Canadian engineering talent in the Vancouver area, as well offering research and development avenues for academia.

One of the proposed projects is to develop a Space Surveillance Radar (SSR) in Canada, in co-operation with other companies within the Canadian space industry. It is envisaged that this surface radar will target the global market for greater awareness of objects in the Earth’s orbit.

“So much of modern life and military capability depends on space-based assets. Today space is anything but empty when it comes to the Earth’s immediate vicinity with an increasing number of satellites and many more to come,” said Simon Carroll, President of Saab Canada Inc., in a statement. “We feel that Saab teamed with Canadian space partners are the perfect combination to co-develop a SSR for Canada and the global market.”

A Saab radar demonstrator has been built and is the basis for a co-development opportunity of a SSR with Canadian companies. This demonstrator leverages radar technology as found in Saab’s military radars that operate across the world including on Canadian and U.S. naval ships.

Saab, in co-operation with the Swedish government, has offered 88 Gripen E fighter aircraft, for Canada’s FFCP. The establishment of the Saab Sensor Centre is part of the associated Canada-wide Industrial and Technological Benefits (ITB) program from Saab.

In co-operation with the Swedish government, Saab’s Gripen E fighter bid includes a support and training package for FFCP. The proposal includes a another two proposed Saab centres in Montreal. Known separately as the Gripen Centre and the Aerospace Research & Development Centre, they would be co-located in the Greater Montreal Region.

“These two centres, managed and staffed by Canadians, will provide prosperity and employment security, with several thousand new Canadian jobs across the Province of Quebec. This proposal will boost employment and generate valuable economic activity, as well as strengthening the aerospace sector,” stated  Johansson, in an earlier statement.

The Gripen Centre would be the fighter’s ITB centerpiece, primarily staffed by the Gripen for Canada Team. Work at the centre will be conducted by Canadians to ensure Gripen meets NORAD and NATO requirements. The Gripen Centre will also act as a hub for supporting and sustaining Gripen, while allowing Canada to manage future upgrades in-country.

The Aerospace R&D Centre will act as a focal point over decades for developing a rich ecosystem for research and innovation, representing a key component of Saab’s long-term vision in Canada. The Aerospace R&D Centre will develop, test and produce next generation aerospace systems and components to complement the existing Canadian aerospace industry, which may include unmanned aerial systems, artificial intelligence and environmentally progressive aviation technologies.

The Gripen for Canada Team was announced in March 2020 and consists of IMP Aerospace and Defence, CAE, Peraton and GE.