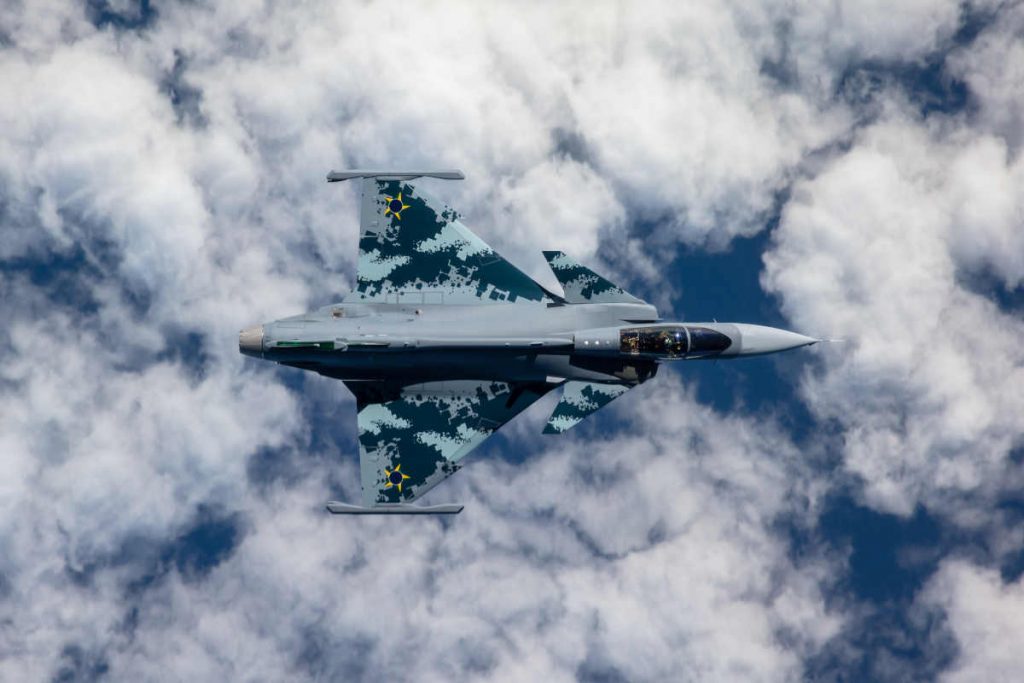 Saab Aeronáutica Montagens based in São Paulo, Brazil, has started building sections of the Gripen E/F. This is Saab’s first aerostructures plant outside of Sweden for the fighter jet. The Saab Gripen E is one of three contenders – along with the Lockheed Martin (JPO) F-35 Lightning II Joint Strike Fighter and Boeing F/A-18 Super Hornet Block III – aiming to win Canada’s ongoing Future Fighter procurement program to replace the country’s fleet of CF-188 Hornets with 88 new-generation fighter jets.

The Gripen E/F fighter sections being built at the Saab Aeronáutica Montagens (SAM) site will then be delivered to the final assembly facilities at the Embraer plant in Gavião Peixoto, São Paulo, and to Linköping, Sweden. With Brazil’s 2014 commitment to purchase the Gripen platform, Embraer became a major partner to manufacture the aircraft and to also help develop the two-seat F variant of the Gripen – with the E variant being the single seater. In September of last year, the first Brazilian Gripen E aircraft was delivered to start the flight test program.

The tail cone and front fuselage of the single-seat version of the Gripen fighter are the first aerostructures to enter into production at SAM. Subsequently, the aerodynamic brakes, rear fuselage, wing box and front fuselage for the two-seater version will also be manufactured at SAM, which is located in São Bernardo do Campo, a city in the metropolitan area of São Paulo.

Currently, SAM has more than 70 high-skill employees, half of whom are participating or have already participated in Saab’s Transfer of Technology Program in Sweden. Part of these employees have  completed the training and returned to initiate the production in Brazil.

“This is another outcome of the Transfer of Technology of the Gripen program,” said Jonas Hjelm, head of Saab’s aeronautics business unit. “Based on theoretical and practical on-the-job training of Brazilian engineers and assemblers at Saab in Linköping, we were able to establish a highly qualified production line at SAM, following the same standards that we have in our factory in Sweden.”