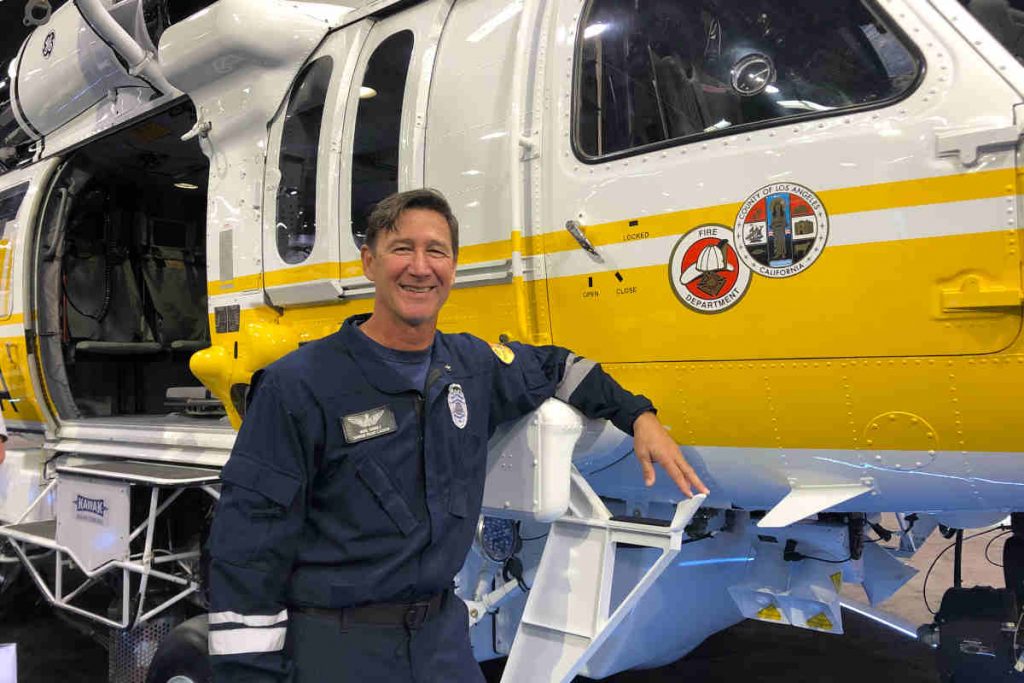 Mike Sagley has accumulated more than 10,000 flight hours and is qualified in over 30 different makes and models of helicopters and airplanes. (Photo: Jon Robinson, Helicopters)

Mike Sagely, senior pilot with the Los Angeles County Fire Department’s Air Operations unit, will share a range of insight about tactical operations performed in one of the world’s most-demanding regions in terms of emergency support and urban fire suppression. During the Aerial Firefighting Conference, taking place at Abbotsford International Airport on March 31, 2020, Sagely will also share his experience of evaluating technology for helicopter platforms.

After earning a Bachelor of Science, Professional Aeronautics, degree from Embry-Riddle Aeronautical University, Sagely began his military career in 1986 and his first major assignment was flying a Sikorsky UH-60 Black Hawk helicopter with the 82nd Airborne Division, Fort Bragg, North Carolina – the largest military installation in the world by population.

After retiring from the military in 2007, Sagely transitioned into the public safety profession serving with Santa Barbara County Fire Department. In 2009, he was hired by the Los Angeles County Fire Department (LACoFD) and promoted to Senior Pilot in 2011. The Sikorksy Firehawk platform – a specialized mission variant of the Black Hawk – is leveraged by the LACoFD’s Air Operations unit for a spectrum of tactical missions, conducting fire suppression, trauma transport and technical rescue. LACoFD received its first new S-70i Firehawk in 2019 and will soon add two more of these helicopters, which feature a 1,000-gallon external water tank among other fire-suppression innovations that Sagely helped to evaluate.

The Air Operations of unit of LACoFD faces unique challenges in terms of covering a diverse geographical region from the shorelines of the Pacific Ocean to the peaks of Mount Baldy, from sea level to an elevation of around 10,000 feet across the county. This operations area spans 4,700 square miles and serves more than 10 million residents.