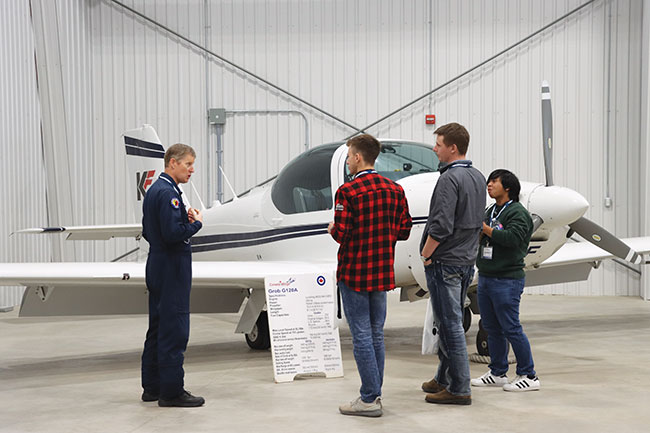 More than 170 people attended the second leg of the Careers in Aviation Expo program held in mid-October at Manitoba’s Southport Aerospace Centre, just outside of Portage la Prairie and situated on one of the country’s most historic airfields, CYPG. The one-day event took place in Southport’s new Hangar 5, built in 2020, with 25 exhibitors on hand to help inspire a new generation of aviation professionals.

Following the first leg of the program held in May 2022 at Diamond Aircraft’s facility in London, Ontario, the second event was sponsored by Southport Aerospace Centre, Levaero Aviation, WestJet, KF Aerospace, Algoma University, Centennial College and Fanshawe College. With photography provided by Anyssa Gates, here are scenes from the Careers Expo in Southport, which for the first time welcomed this annual event, produced by Wings and Helicopters, in the province of Manitoba. 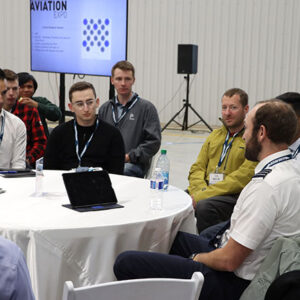 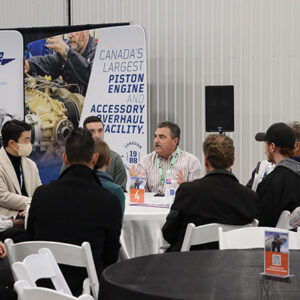 Michel Treskin of Flair Airlines describes the opportunities and culture at one of Canada’s newest and fastest growing airlines. 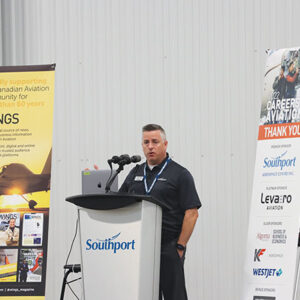 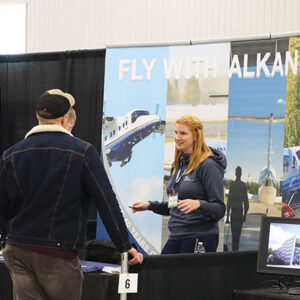 Allison Mauro of Alkan Air, which has provided flight services for more than 40 years, including its flight academy. 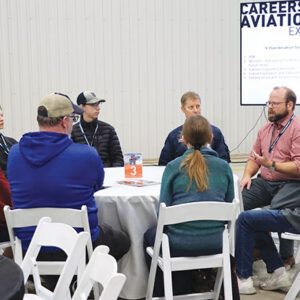 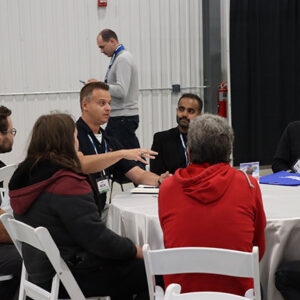 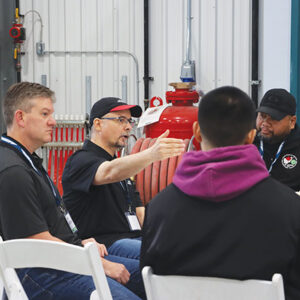 Pilots from Canadian Helicopters describe what it’s like working with one of Canada’s most prominent helicopter operators. 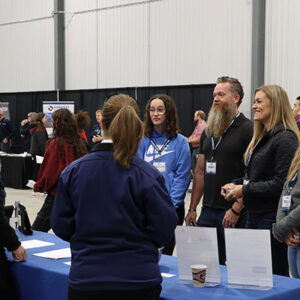 Team members from Mount Royal University discuss their aviation program in Alberta, which in October received a $8.1 million funding injection. 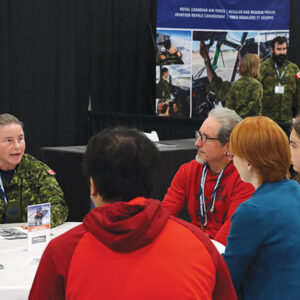