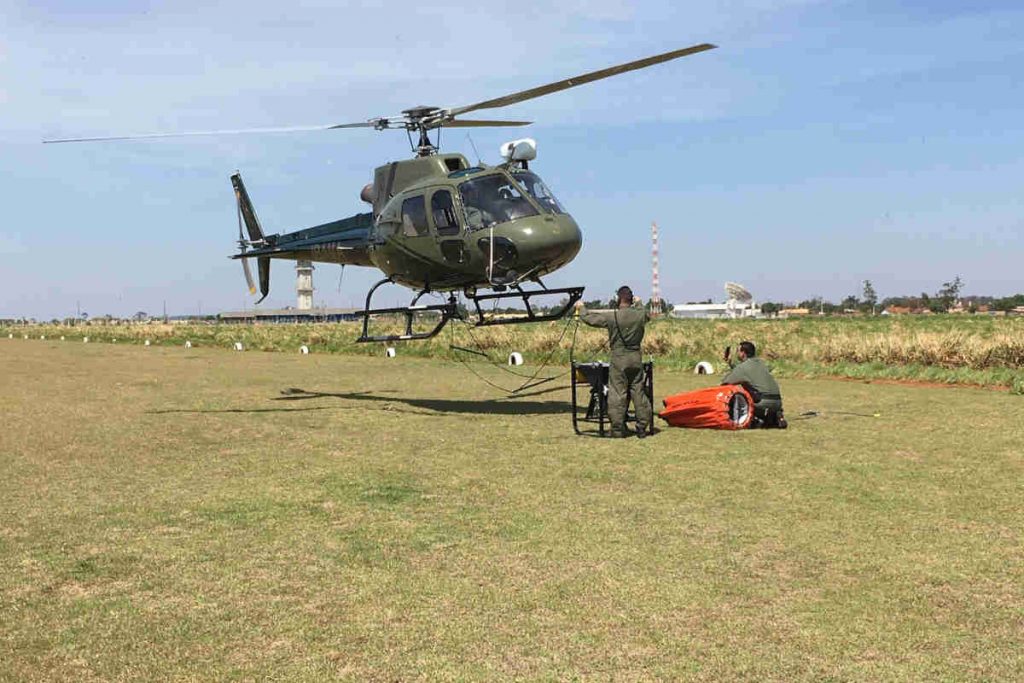 The SEI Sling Dragon is equipped with a GPS tracker that records the drop coordinates on a MicroSD card. (Photo: SEI Industries)

SEI Industries of Delta, BC, displayed its new Sling Dragon and Bambi Max technologies at the International Wildfire Conference in Campo Grande, Brazil.

The Canadian company demonstrated both technologies as part of the conference’s Technological Advances on Prevention and Fighting Wildfire information sessions. The demonstrations were conducted with SEI’s local agent, Tecnoagro Projetos & Representações Ltda., and IBAMA (Brazilian Institute of Environment and Renewable Natural Resources).

“The Sling Dragon was developed to increase safety and performance by removing the machine from inside the aircraft and slinging it from the helicopter cargo hook with a set of steel suspension cables,” said Sergio Fukamati, director of SEI’s Aerial Firefighting Division.

SEI’s explains the Sling Dragon is operated by the pilot with a hand control switch and the complete ignition operation occurs outside the aircraft and separate from the helicopter flight deck, eliminating the need of a crew operator.

With a much-increased capacity of 5,000 spheres and seven speed setting, the Sling Dragon is equipped with a GPS tracker that records the drop coordinates on a MicroSD card, allowing users to view a map of their burn area.

“The Sling Dragon represents a brand-new concept for aerial ignition applications and is the safest and most efficient aerial ignition product available today,” added Fukamati.