Liam Cohen, of Seneca College, is the 2017 winner of the Webster Memorial Trophy and Canada’s Top Amateur Pilot. 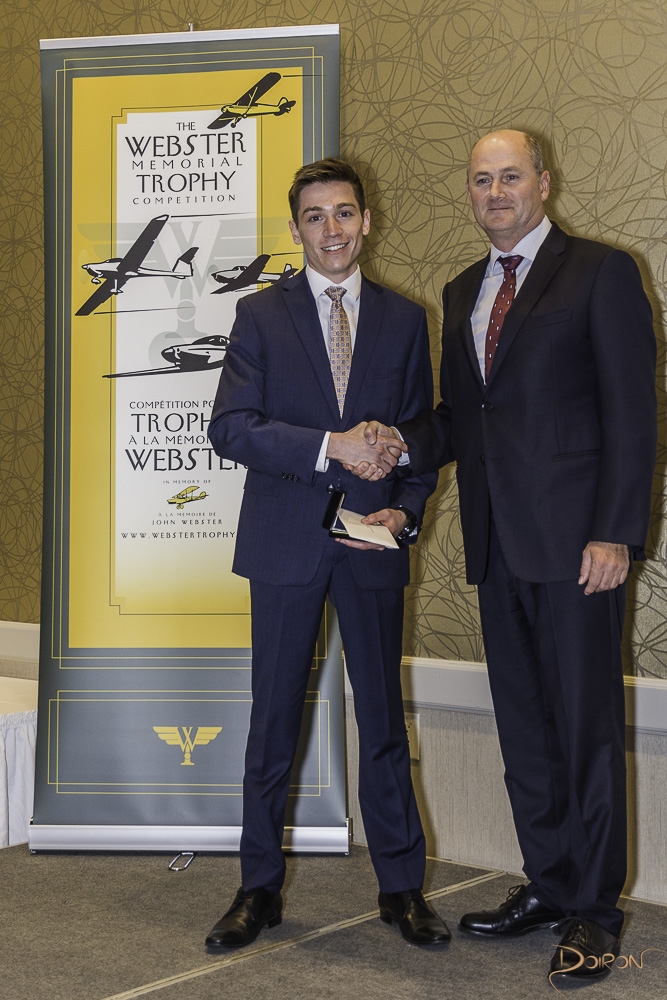 Liam was one of nine finalists who participated in our national competition hosted at Mitchinson Flight Centre, in Saskatoon, SK. He had the highest aggregate score across the flight test, simulator test, written examination, and interview. He also won the Nav Canada trophy for excellence as a result of achieving the highest score among all regional competitors on Nav Canada’s written examination.

Owen Titerle of Coastal Pacific Aviation was the runner-up.