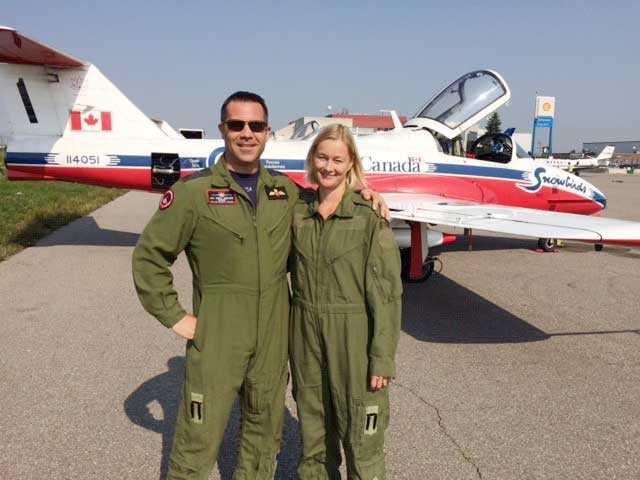 An honorary Snowbird for the day, Nicola Godfrey participated in the annual flight between the Toronto Pearson International Airport and Whitby in honour of fallen Snowbird captain Michael VandenBos, who died performing a practice manoeuvre in 1998, the same year Nicola graduated from Seneca’s Aviation program.

“It was a truly amazing experience,” she says. “I still can’t believe I had the opportunity to do this. It was a lot of fun. My hat is off to those pilots. They are very talented in what they do. It will be something I’ll never forget.”

On hand for Nicola’s flight was Maj. Yanick ‘Crank’ Gregoire, a 1997 Aviation grad who led the Snowbirds last year.

Seneca’s School of Aviation has had a long-standing partnership with the Royal Canadian Air Force that allows recruits to attend flight training with RCAF and academics at Seneca.