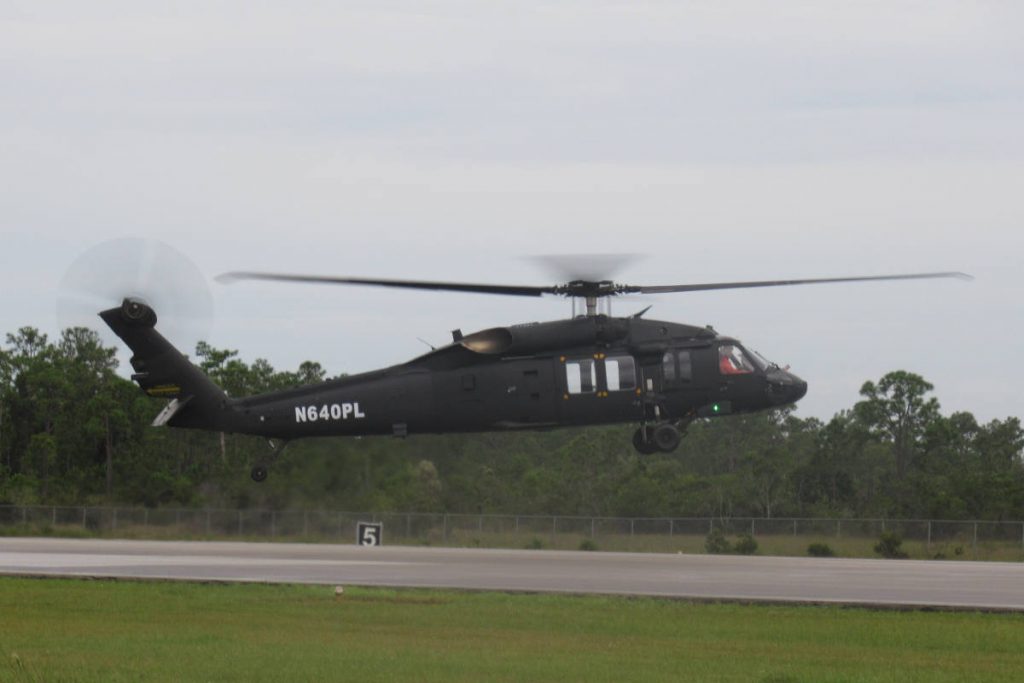 In early 2020, PZL Mielec, a Lockheed Martin company in Poland, manufactured the first S-70M Black Hawk helicopter on the same production line where it has produced the S-70i since 2011 for 17 customers worldwide. The helicopter was then delivered in September to Sikorsky’s flight test facility in West Palm Beach, Florida, for evaluation by the Federal Aviation Administration (FAA).

On October 3, the FAA performed its first of many flights in the S-70M. Sikorsky is working with the FAA to receive Flight Standardization certification for S-70M by the end of this year in accordance with the Type Certificate Data Sheet for Restricted Category clearance. This would allow commercial operators to acquire a new production Black Hawk directly from Sikorsky for the first time in the helicopter’s storied 42-year history.

Based on the third generation UH-60M Black Hawk, which entered service with U.S. Army in 2005 and now has more than 1,300 deliveries, the S-70M was granted Restricted Category certification by the FAA in February 2019. This allowed Sikorsky to request FAA authorization to produce the S-70M for special purpose operations within the civil market, including external cargo, agriculture operations, and forest and wildlife conservation. Within the conservation application, Restricted Category aircraft are able drop water as part of an aerial firefighting operation.

Indeed, the first S-70M – with its initial FAA registry N640PL – that flew on October 3 and is to undergo FAA flight evaluation through November, will be fitted with the Firehawk aerial firefighting system in 2021 for an undisclosed U.S. customer (Sikorsky expects it will name the first S-70M operator before the end of this year). This Firehawk integration will be performed by United Rotorcraft centring on the distinctive 1,000-gallon Kawak external conformal tank fitted to existing Firehawks, which first entered service 20 years ago with LA Country Fire. This was followed by the new generation S-70i, which entered service earlier this year again with LA County, as well as San Diego Fire and CAL Fire – the latter of which just upped its S-70i order from nine to 12 aircraft.

Sikorsky one year ago had initial discussions with Transport Canada about bringing the S-70M up north under a Restricted Category certification. The Black Hawk has never been operated by the Canadian military, however, making it ineligible for the same Restricted Category clearance as in the U.S. Transport Canada will need to accept the S-70M Firehawk before Canadian commercial operators can buy the sought-after multi-purpose platform.

Don Maguire, Sikorsky regional executive for Canada, notes Sikorsky and the FAA can play an important, collaborative role to assist Transport Canada with the validation process. “By working together, we have the best opportunity to develop a Canadian Restricted Category Firehawk,” he says.

Experience gained during the past 20 years of operating the S-70 Firehawk in California could greatly benefit Canada, but ultimately the pedigree of the Black Hawk itself should enable certifying agencies around the world to accept the airworthiness of the type design – under a Restricted Category evaluation process. Many government customers around the world are attracted by a third-party airworthiness certification for the Black Hawk. Sikorsky believes there is a need to be fulfilled in the civil arena for a certified utility helicopter, built to a robust military design, to perform demanding missions, such as aerial firefighting and search and rescue.

“The baseline is certified to U.S. MIL standards… whether it be crash or high mass retention, airframe fatigue, rotor system and engine performance, or system redundancy, which are higher than commercial standards, including landing on uneven surfaces,” says Joe Palumbo, international programs director at Sikorsky. He describes growing interest in the S-70M from Greece, Spain, Korea and Australia, countries that similarly depend on the aircraft first earning FAA Restricted Category tickets, followed by national authority approval.

Palumbo notes the Black Hawk’s military baseline also provides a range of maintenance advantages for private companies operating the S-70M, in the field, or simply in terms of ordering spares directly from the OEM, again as authorized by Restricted Category certification. He points to a range of advances in the S-70M’s updated Firehawk configuration relative to previous generations, such as more power, greater maneuverability and lift when fully loaded, enhanced flight safety, new retractable snorkel system (that can fill the tank in 45 seconds from a water source only 20 inches deep), four-axis stabilization, wide-chord rotor blades, IVHMS and an NVG integrated digital cockpit.

Both Palumbo and Maguire describe how the Firehawk platform, with its 1,000-gallon actuated belly-mounted tank and programmable control, has created a new operational paradigm in how wildfires are attacked and fought. In addition to its capability of carrying 12 to 14 firefighters to an uneven surface, the Firehawk can cruise to the fire at about 125 knots with a fully loaded tank (145 knots empty), compared to airspeed limits of around 80 knots for most long-line-equipped mediums in Canada. Many of these older mediums are also relying on analogue avionics.

Maguire describes an image captured of the Firehawk on what he estimates to be a 60-degree bank as it enters the final approach to a drop, which adds G-loading to the water and expels it at close to 90 degrees to the slope. Palumbo then describes the Firehawk’s extensive NVG experience and capability, which is the next evolution for aerial firefighting – not only because of quieter fire conditions associated with nighttime, but also the inherent smoke-induced low-visibility of fighting fires during the daytime.

“There’s clearly a lot of interest in the Firehawk in Canada. If we look at the initial approach from several operators, I would say that we have a potential in Canada for at least 15 Firehawks over some period of time, of course,” says Maguire. “Provincial forestry services recognize this aircraft is a little more costly to acquire than some of the legacy mediums currently in use. However, the value is there when comparing the intensity and volume of water dropped.”

Maguire explains forestry departments understand the need to provide longer-term contracts to operators rather than annual renewals; and financing organizations would also need to extend beyond typical five-plus-year arrangements to help operators handle costs. “Forestry departments in Canada are intimately aware of the effectivity and the popularity of the Firehawk,” he says, noting one provincial director stated a need for the availability of up to eight Firehawks. “Sikorsky plans to apply for Transport Canada Restricted Category authorization, which would open the door for S-70M Firehawk helicopters in Canada.”

Until such time, Sikorsky and the FAA are pushing ahead to finalize the training curriculum for pilots and maintainers; and working with Flight Safety International to certify an existing S-70 full flight simulator to Level D qualification.