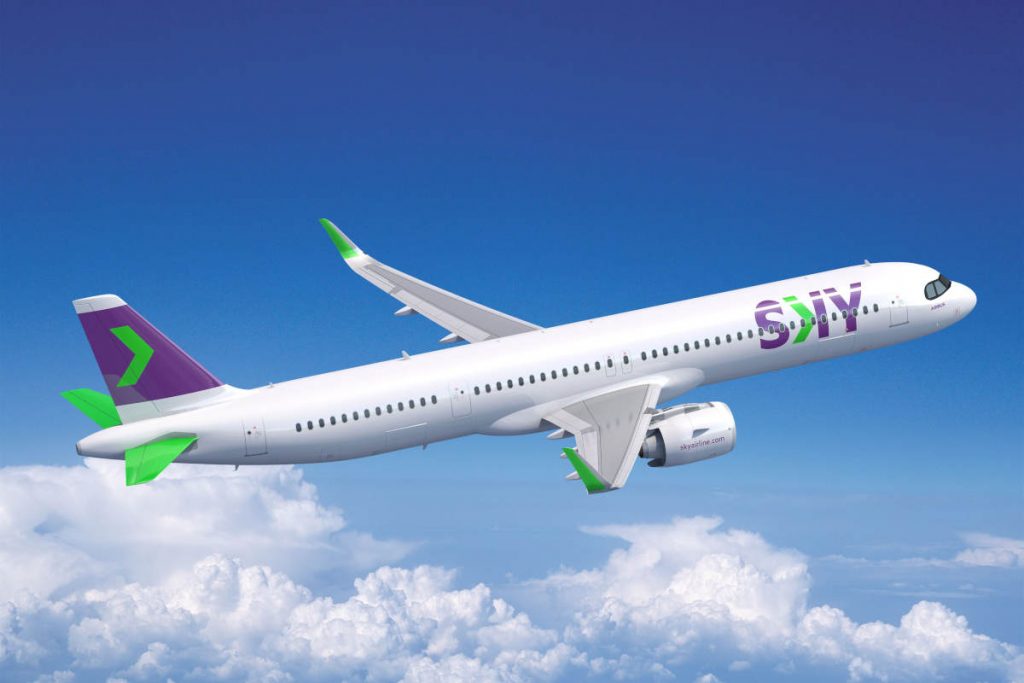 The A321XLR will allow SKY to offer its customers direct flights from Santiago in Chile to Miami in the U.S., among other new routes. (Image: Airbus)

SKY, a Chilean-based ultra-low-cost carrier, has signed a purchase agreement with Airbus for 10 A321XLRs. The airline plans to expand its international route network with the new aircraft.

The A321XLR is the next evolutionary step in the A320neo/A321neo Family, meeting market requirements for increased range and payload in a single-aisle aircraft. The narrow-body A321XLR is rated to deliver a range of up to 4,700 nautical miles, with what Airbus describes as 30 per cent lower fuel consumption per seat compared with previous-generation competitor jets.

“This new aircraft fleet will allow us to expand our offer of international and wide-ranging routes, always under our successful low-cost model and its extremely convenient ticket prices,” said Holger Paulmann, CEO of SKY. “Now passengers can enjoy new and very attractive destinations on the most modern airplanes in the market.”

Arturo Barreira, president of Airbus Latin America, notes the A321XLR will allow SKY to offer its customers direct flights from Santiago in Chile to Miami in the U.S., among other new routes.

According to the latest Airbus Global Market Forecast (GMF), Latin America will need 2,700 new aircraft in the next 20 years, more than double today’s fleet. Passenger traffic in Latin America has doubled since 2002 and is expected to continue growing over the next two decades. Specifically in Chile, traffic is expected to increase from 0.89 trips per capita to 2.26 trips in 2038.

In parallel to the growing fleet, according to Airbus’ latest GMF, there will be a need for 47,550 new pilots and 64,160 technicians to be trained over the next 20 years in Latin America. SKY also selected Airbus as its flight training provider, making the airline the launch customer for the new Airbus Chile Training Centre. The centre will offer flight crew training for Chilean pilots and will include a full-flight A320 simulator.

SKY has been an Airbus customer since 2010 and became an all-Airbus operator in 2013. The airline’s fleet of 23 A320 Family aircraft serves national and international routes connecting Chile to Argentina, Brazil, Peru and Uruguay.

Airbus has sold 1,200 aircraft, has a backlog of more than 600 and more than 700 in operation throughout Latin America and the Caribbean. The company states this represents a 60 per cent market share of the in-service fleet and that, since 1994, Airbus has secured nearly 70 per cent of net orders in the region.