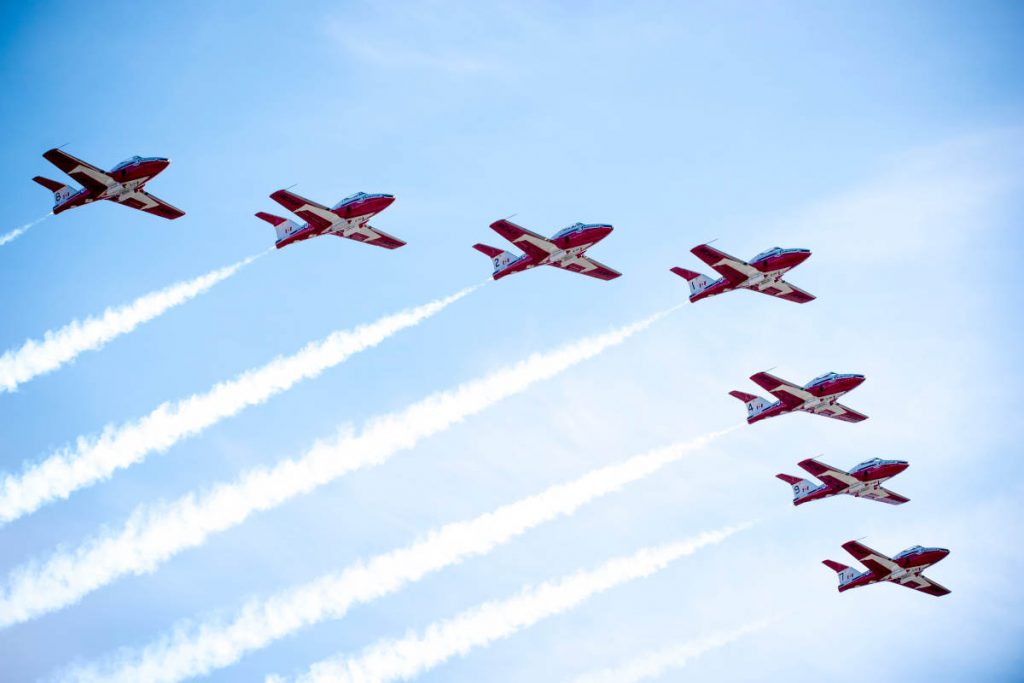 WINNIPEG — The Royal Canadian Air Force has ordered an “operational pause” for its Snowbird air demonstration squadron jets after a crash earlier this month.

A statement from Maj.-Gen. Iain Huddleston, commander of 1 Canadian Air Division, says the CT-114 Tutor jets will not fly until an airworthiness risk assessment can be completed.

The decision to ground the planes comes after a crash of one of the jets on Aug. 2 at the airport in Fort St. John, B.C.

No one was hurt when the pilot made a hard landing and the Air Force says the cause of the accident remains under investigation.

The Air Force statement says a deliberate, detailed and broad risk analysis will be done with the aim of ensuring the safe resumption of the squadron’s flying operations.

It says the assessment will include whether the accident and its cause pose any risk to continued flying operations and what measures can be put in place to lower any risks.

“Given that the cause of this accident remains to be determined by the airworthiness investigative authority, I have ordered an operational pause on the CT-114 Tutor fleet as we continue the investigation and commence a thorough operational airworthiness risk assessment process,” Huddleston said in the statement Wednesday.

The nearly 60-year-old Tutor jets are scheduled to be used by the Snowbirds until 2030.