News
Sorting out the details

The Canada Revenue Agency (CRA) has proposed a significant reworking of its administrative policy as regards the assessment of taxable benefits for the personal use of corporate-owned business aircraft. 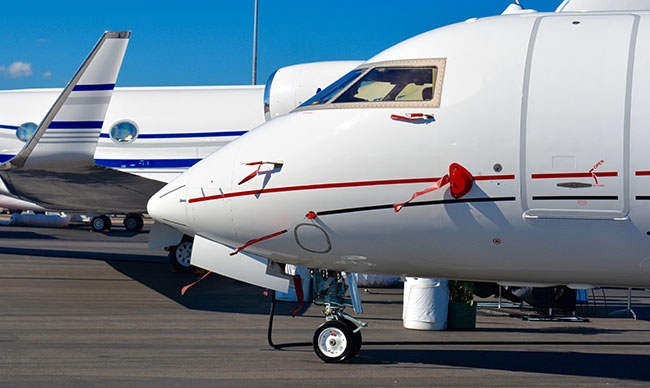 “the cra has taken an issue that is ostensibly simple and made it needlessly complex.” The Canada Revenue Agency (CRA) has proposed a significant reworking of its administrative policy

The CRA’s former position was that the shareholder or employee who benefited from such non-business use would generally be assessed a taxable benefit based on the value of equivalent “first-class airfare.” The latter position was cancelled on Sept. 30, 2012 and since then there has been no clearly articulated policy in this regard. In 2015, the CRA initiated a national audit project targeting this issue.

The CRA has recently sought commentary on its proposed policy from the Canadian Business Aviation Association (CBAA), the Canadian Tax Foundation and the Tax Executives Institute. Unfortunately, this is not being handled as a genuine public consultation as the CRA has declined to clearly outline its position in writing and has not widely disseminated it to a broader audience. However, the one thing that is clear is that the CRA has taken an issue that is ostensibly simple and made it needlessly complex. The proposed policy centres around three categories of users, which may be summarized as follows:

1. “Mixed use” trips involving a person who does not control access to the aircraft.

A person who does not control access to the aircraft, who is travelling for business purposes and who is accompanied by another person travelling for non-business purposes will be assessed a taxable benefit in respect of the travel companion based on the value of a non-discounted “first class” ticket (presumably, business class) to the same destination. While this should not be controversial, some wrinkles will have to be worked out (for example, for locations not served by commercial airlines).

(1) Personal use of the business aircraft by a person who does not control access to the aircraft.

Where such a person uses the aircraft, whether alone or with others, for purely personal purposes, a taxable benefit will be assessed equal to the charter rate for the particular type of aircraft and destinations. For example, if the cost of a comparable charter is $100,000, the person would have $100,000 added to their income to be taxed at their marginal tax rate. However, this position presumes rather punitively that if the individual did not have access to a private aircraft they would opt for a charter over a relatively inexpensive commercial flight, while there may also be complications where there is a lack of available comparables for a particular destination or type of aircraft.

Most worrisome is this category, as it would result in the person being assessed a taxable benefit equal to the sum of the following:

(i) an “operating benefit” equal to the person’s proportionate share of the operating costs (variable plus fixed costs but excluding depreciation) for the calendar year, plus

(ii) an “available for use” benefit based on the proportion of the person’s non-business use (based on flying hours) as applied to the product of the original capital cost of the aircraft and a prescribed rate of interest. So, for example, if 20 out of 100 total flying hours in the calendar year were for personal use, the original capital cost of the aircraft is $30 million and the prescribed rate of interest is six per cent, the available for use benefit to be added to that person’s taxable income in the year is a hefty $360,000 (i.e. 20% x $30 million x 6%). There are a number of significant problems with the latter category. First, there is no basis to arbitrarily distinguish persons in “control” for such prejudicial treatment, especially where the aircraft is being used principally for legitimate business purposes. Second, the CRA has yet to articulate how “control” is to be determined, and there is concern that CRA auditors will effectively have unfettered discretion to apply this category to a broad scope of situations. Third, the calculation of the “available for use” benefit is far more onerous than that for the analogous “standby charge” applicable for the personal use of a corporate automobile. And finally, the quantification of the taxable benefit is a moving target, which can only be determined in hindsight after year-end.

There is obviously much of concern here beyond the harsh tax consequences, as the fallout could have an adverse impact on Canada’s business aviation industry.

Steven Sitcoff is a tax lawyer with Spiegel Sohmer Inc. in Montreal.


Related
CRA’s new policy on personal use of bizjets
Glidepath: Sorting out the process
AC provides more details on new pilot labour agreement
Sorting Through the Debris – the Crash of the A340