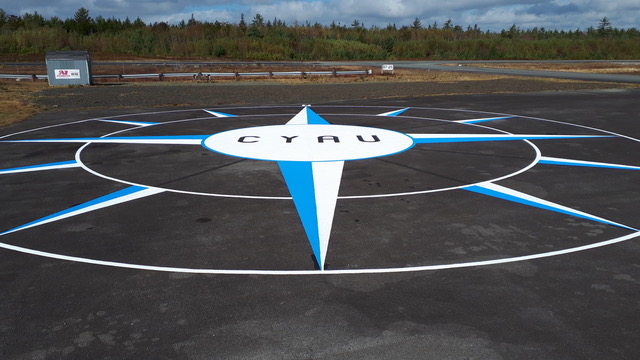 It’s been more than 10 years since the South Shore Regional Airport in Greenfield, Nova Scotia, has had any kind of a fuel system to refuel the private airplanes that fly in and out of there. Now that’s about to change.

The Region of Queens Municipality (RQM) has set aside $50,000 in its 2021-22 budget for a new, above-ground fuel supply system to be installed there. Work is expected to take place later this year.

RQM is the owner of the airport, but it’s managed by the South Shore Flying Club (SSFC).

“The council of RQM believes in the importance of that infrastructure,” said the municipality’s mayor, Darlene Norman. “People can move here and run a global business from their home, and we have this quick transportation link to all parts of Atlantic Canada, and as far-reaching as Toronto.”

She noted that, in a discussion with the president of the SSFC, Glenn Parlee, it was determined that once a fuel system is installed a small executive jet could fly from Toronto and arrive in Greenfield, refuel, and fly back again with no additional fuel stops.

“Transportation is an important component of our economy and industry. Traditionally, in Nova Scotia, we’ve had poor transportation links,” said Norman, pointing to the ferry from Nova Scotia to Maine which currently isn’t running. “Having an established transportation link to and from the South Shore to as far away as Toronto is very important to our future economy,” said the mayor.

Peter Gow, vice-president of the SSFC, indicated that obtaining a fuel system is an important step for the facility.

“The flying club has been trying to make this happen for a couple of years now, so it seems like things are going to come together.”

The SSFC’s website recalls how the Queens County airport project began in 1965 when, “at the recommendations of the South Queens Chamber of Commerce, a commission was formed with the co-operation of the Town of Liverpool and the Municipality of Queens. The Ministry of Transport helped select the airport’s 68.8 ha site and a 914.4 m gravel landing strip was built and licensed.”

The first routine flights in and out of the new airport began in the summer of 1970.

The club notes that the county, town and local industry all contributed toward the costs of the basic needs for the airport and, following financial negotiations with the Ministry of Transport and the provincial government, a paving program was undertaken.

On April 12th, 1978 Transport Canada executives and engineers flew from Moncton, N.B. in a DC-3 to discuss future plans for the airport, demonstrating that an aircraft with a capacity of more than 30 passengers can easily be accommodated at the airport.

From 1974 to 1984, the airport was home to the 38-member Liverpool Flying Club, which offered flight training and aircraft rental to its members.

In the fall of 1979, Liverpool Air Services started administering the flight training for the flying club, providing two additional aircraft for rental and charter services along with providing a maintenance outlet for light aircraft.

In the summer of 1984, additional work on the airport was completed thanks to a grant from the Department of Transport. There were improvements to the runway apron and the runway was lengthened from its initial 914.4 m to 1,200 m.

The aircraft-parking apron was made larger and the whole aircraft manoeuvring area received a new, thicker layer of asphalt. “With a greater pavement load rating, the runway will now accommodate aircraft up to a Hercules C130 Aircraft. Today’s high-performance light jet aircraft can also land and take off from CYAU’s runway such as the Twin Otter DHC-6, the Pilatus PC-12, the King Air 350 Citation, the Mustang Phenom 300 and the Piaggio P-180, to name a few,” reports the flying club.

At one time, a group of pilots formed a company called VFR Aviators Limited and bought a 1976 Cessna 172, sharing the cost of owning, flying and maintaining the aircraft. However, once the pilots reached more than 10 in number their insurance underwriters considered them a flying club and ensuing insurance rates became prohibitive.

In 2010 the group sold the aircraft and disbanded. Around this same time the Aviation Gasoline (Avgas) delivery system at the airport developed a small leak and the entire system was removed to prevent any environmental damage. With less air traffic landing for fuel, no flying club, and fewer planes housed at the airport, activity dwindled.

The SSFC formed in 2015 and a year later entered into an agreement with RQM to manage the airport facilities for the following 13 years.

In December, 2017, it signed two additional lease agreements with the municipality, one for use of the terminal building as a clubhouse and an additional land lease which will allow for the construction of hangers at the airport.

“For the airport and facility to grow, we felt strongly that this has to be part of the plan to encourage people to use the facility and we certainly hope this is a beginning of further development,” said Gow of the proposed fuel system.

The airport is also the home of the Greenfield Dragway, part of the Nova Scotia Drag Racers Association, and hosts the South Shore Remote Control Flying Club.