Jan. 3, 2008, Montreal - Today, Bombardier Aerospace announced that the Government of Spain has placed a firm order for two Bombardier 415 amphibious aircraft valued at approximately US$60 million. 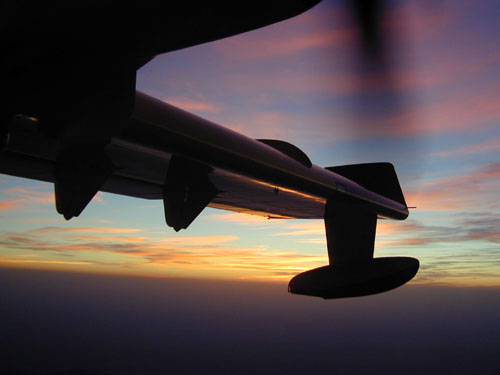 Jan. 3, 2008, Montreal – Today, Bombardier Aerospace announced that the Government of Spain has placed a firm order for two Bombardier 415
amphibious aircraft. Based on the list price, the contract is valued at
approximately $60 million US and includes technical support, training,
one Flight Training Device (FTD) and additional equipment for the
current fleet.

With this firm order, the Spanish government will increase its fleet to 22 Bombardier amphibious aircraft. It currently operates one Bombardier 415, 14 CL-215T and five CL-215 aircraft. Delivery of the aircraft will begin in 2008. The FTD will be delivered in 2009.

“The Bombardier 415
aircraft has consistently proven itself to be a reliable aviation tool
for combating forest fires. Customers worldwide continue to choose the
aircraft to meet their firefighting needs. With its enviable, proven
track record in firefighting, the aircraft’s unique operational
capabilities and exceptional performance are recognized worldwide. The Bombardier 415 is the reference in the industry” said Michel Bourgeois, President, Bombardier Amphibious Aircraft.

“Having just gone through a summer that saw many nations combating devastating fires, it is evident that the Bombardier 415
aircraft, designed specifically for aerial firefighting, has a crucial
role to play in the containment and suppression of fire. In addition,
the aircraft’s specialized capabilities have played a key role in
various humanitarian relief missions over the years,” added Mr.
Bourgeois.

Bombardier
amphibious aircraft are Spain’s primary aviation tool for combating
forest fires and other missions within its emergency relief mandate.
They are invaluable additions to Spain’s hardworking firefighters on
the ground. In December 2006, Bombardier Aerospace received for its
amphibious aircraft. The Batefuegos de oro award presented by the
Asociación para la Promoción de Actividades Socioculturales (APAS) for
the category “Greatest technological advancement in firefighting”.

The Bombardier 415
firefighter has a maximum speed of 224 mph (359 km/h). In an average
mission of six nautical miles (11 kilometres) distance from water to
fire, it can complete nine drops within an hour and deliver 14,589 U.S.
gallons (55,233 litres) of fire suppressant.

The aircraft is also offered in a multi-purpose version, the Bombardier 415MP,
which can be used in a variety of specialized missions such as search
and rescue, maritime patrol and environmental protection. Currently, a
Greek Bombardier 415 aircraft is equipped with the MP configuration.