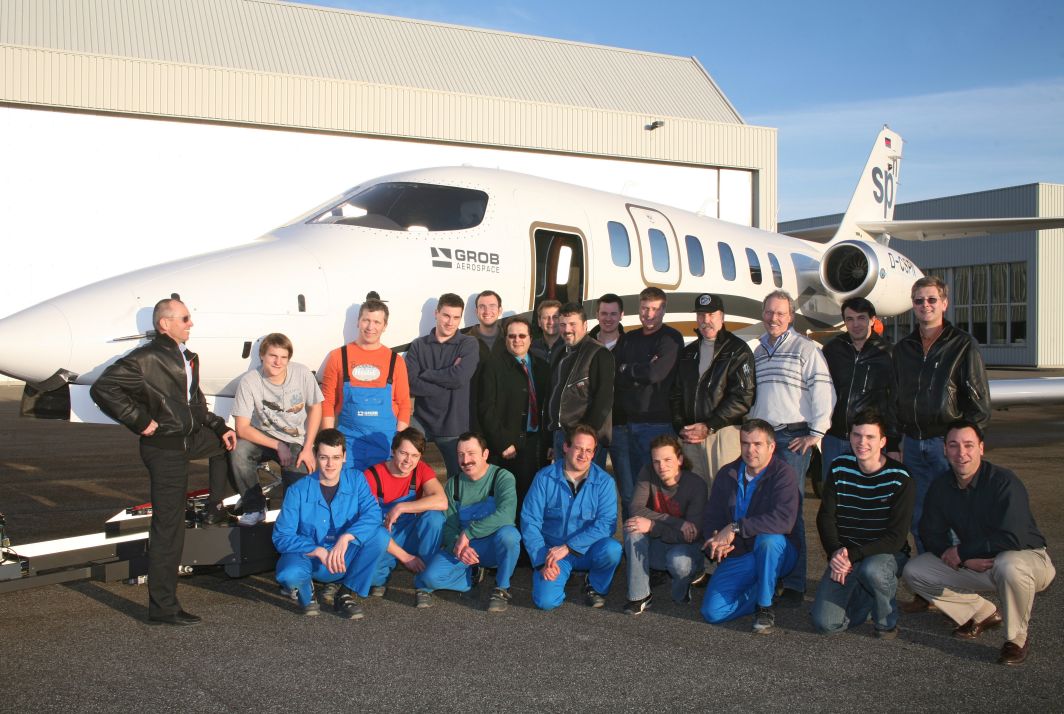 The test centre at Granada was selected for the trials owing to its combination of good flying weather, co-operative agencies and the convenience of remaining within the EU. The facilities in Granada are managed by the INTA Department of Spain’s Ministry of Defence, and have been successfully used by other aircraft manufacturers in recent years.

“Initial testing will focus on flight characteristics and performance whilst subsequent flights will cover avionics and subsystems including hydraulics, environmental control and the landing gear. The high speed envelope will also be fully opened,” said Grob Aerospace Chief Test Pilot Peter Weger who is leading the program in Spain. “All these tests are necessary as we move toward our certification goal.” The spn is due to return back to Germany by March to then conduct icing trials in Northern Europe.

The spn boasts an impressive range and payload for an aircraft in its class. With six passengers and one pilot, the aircraft can fly non-stop 1,800 nm (3,334 km / 2,071 mi). The aircraft features a total cabin volume of 405 cu.ft (11.5 m“) – by far the largest among light business jet, as well as a large passenger door.

Early sales success for the industry’s new generation light business jet has raised market interest with its unique operating characteristics. For example, requiring a balanced field length of just 3,000 ft (914 m) at maximum take off weight, it can operate out of fields traditionally the domain of a turboprop; even out of unimproved runways.

The spn will also be certified for single pilot operation, and is equipped with an avionics suite more advanced than that of any other aircraft in its class. Honeywell’s integrated all glass cockpit sets new standards for simplicity, reliability and technology. Two rear-mounted FADEC controlled Williams FJ44-3A engines deliver 2,800 lbs (1,270 kg) of thrust.

Grob Aerospace is one of the world’s largest and most experienced composite aircraft manufacturers. It has delivered more than 3,500 aircraft that have flown over seven million hours on five continents.   The company is headquartered in Switzerland but maintains its own purpose built airfield in Tussenhausen-Mattsies, Germany that accommodates its manufacturing and assembly facilities. In 2007 Grob Aerospace established a wholly-owned US subsidiary to provide a complete, world-class ownership experience to North American customers. Grob Aerospace‘s central base in the United States is located in Portsmouth, New Hampshire with several regional sales offices throughout the USA.