Stemme AG and S-PLANE Automation (Pty) Ltd have announced an agreement to integrate S-PLANE subsystems into the ECARYS ES15 aircraft to create an Optionally Piloted Vehicle (OPV). A comprehensive solution will be created, including the Ground Control Station, suitable for a variety of mission profiles. 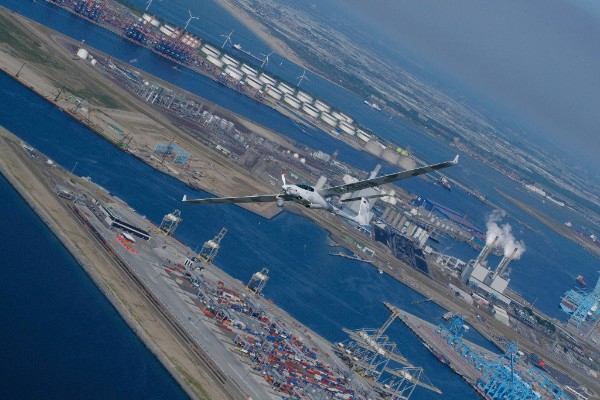 The OPV is a versatile vehicle, combining the benefits of a manned aircraft with those of a UAV. As a manned aircraft, the OPV can execute missions that demand human judgement and control, such as flight in civil airspace, flight over congested areas, flying at low level and transporting passengers. When the pilot is removed from the cockpit the system can perform unmanned missions which require extreme endurance or are more dangerous to perform. These include critical infrastructure protection and surveillance, border and maritime patrol, cargo delivery, firefighting and HAZMAT containment.

The ECARYS ES15 will have a certified high performance aircraft platform with a 770 lb. (350 kg) payload capacity and a 1.350 nm (2.500 km) range. This efficient, operational platform will be characterised by low fuel consumption, low noise emission and low maintenance requirements. Its low radar and minimal IR signature make it an ideal platform for surveillance missions.

This development creates an automated version of the ES15 which is suitable for a large variety of payloads, flexibly deployed on the airframe as missions demand. The aircraft can operate in mission-driven mode where the entire flight from automated take-off to automated landing is directed by the on-board control systems. Alternate landing sites, escape routes and emergency handling procedures are defined in the mission profile to ensure safe operation under varying conditions. A remote pilot can take control of the aircraft at any time, altering the mission or interactively controlling the aircraft and payload. High bandwidth Line-Of-Sight links provide real-time payload video at the Ground Control Station while Beyond-Line-Of-Sight operation is enabled via satellite links.