News
Striving to Meet All Needs

In motivating his team for its match against the vaunted Russians before the gold medal game in the 1984, U.S. men’s hockey coach Herb Brooks noted that great moments are born from great opportunity. It’s certainly an apt way to describe the opportunities that exist for the Canadian Business Aviation Association (CBAA), as it continues to strengthen its advocacy position for members and help identify the scope of business aviation in Canada. 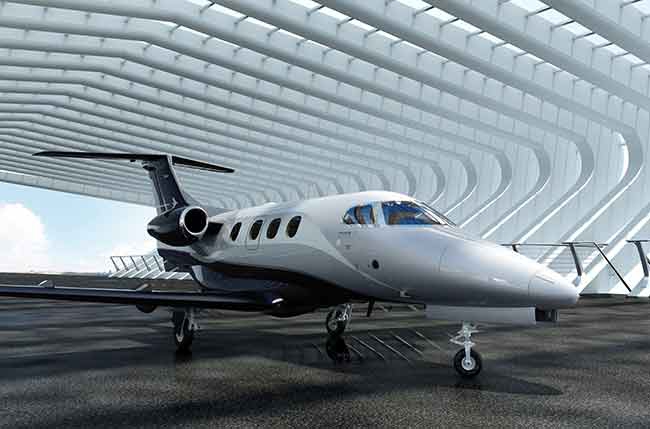 It has been a challenging last few years as the association has worked to reinvent itself into more of an advocacy role. In May 2014, Transport Canada (TC) announced new regulatory measures for the issuing of Private Operator Certificates (POC) – one of the main responsibilities the association had administered and closely monitored for years. In turn, the CBAA has refocused its efforts on its key missions of promoting business aviation in Canada and internationally – advocating, highlighting safety, security and efficiency.

Under the patient and studious guidance of CBAA president and CEO, Rudy Toering, the CBAA is concentrating on several key projects, including: enhancing educational opportunities and increasing the scope of its annual convention; working closely with TC to improve efficiencies and prospects for business aviation operators; enhancing safety through programs such as its Partners in Safety program launched last year; expanding on its economic impact study and more. Toering says he is pleased with the results, but recognizes there is much more to do, more issues to explore.

“We are influencing a far larger audience with a much more professional and persuasive message,” Toering told Wings in advance of its annual convention and exhibition in Calgary July 5-7. “Contacting members of parliament in the new government is an important opportunity to press the reset button, and ensure that MPs are in a position to make good decisions and are well-informed about the importance of business aviation, both as a part of Canada’s strategic aerospace sector and also as a net contributor to our national and local economies. To do this, the office has contacted all MPs and also launched a new grassroots program, called, ‘Connecting to Parliament’ for our members to reach out to their MPs directly. I am extremely pleased – and heartened – by the number of our members who wrote to their MPs and even more so by the number of MPs who wrote back.”

Toering took time out of his busy pre-conference schedule to sit down with Wings and discuss the association’s progress, key initiatives for 2016 and beyond, economic realities and more.

What are the biggest challenges facing Canadian business aviation in 2016? Five years from now?
RT One of the biggest challenges we have faced recently has been the changes to the regulatory framework for business aviation. Fortunately, we expect that these will be behind us shortly – and that after all this time, we have gained important ground and we can turn our attention to other issues. For example, many of our challenges stem from a basic misperception that business aviation is a luxury and not a business tool. An ongoing and major part of our work is to educate decision-makers on the true facts. Our latest iteration of the Business Aviation Economic Impact Study [EIS] report contains data on both business aviation operations and manufacturing which will strengthen our economic argument even further. Five years from now, I would like to be at a point where business aviation is widely understood to be a valuable business tool used proudly by corporate Canada.

Economic realities and the current slowdown in the oil patch have affected some sectors of Canadian aviation. What has been the impact on business aviation in Canada?
RT As you know, there is more to Canada’s economy – and provincial economies – than oil. It’s no secret that commodity prices are cyclical, and I think for the most part, our members take a long view; they are in it for the long haul. As far as the health of business aviation is concerned, it is better to consider the recent spike in Gross Domestic Product, which is way above forecasts. I think that demonstrates that the underlying fundamentals of our economy are strong – and as long as Canadian companies are on the world stage competing for customers and market share, business aviation will always have an important role.

What effect has the new regulatory framework had on CBAA/Transport Canada (TC) relationships? And what are the most important issues and challenges members have with TC?
RT There has been a big change in leadership at TC and the CBAA has worked professionally with TC for many years and continues to do so. Transport Canada has been very complimentary regarding the CBAA safety initiatives and the operator member’s acceptance of our “Partners in Safety” program. One of the benefits of a Safety Management System (SMS) should be a reduction in prescriptive regulations and more performance-based approaches to rule-making and compliance. TC sees and recognizes the safety culture that the business aviation sector adheres to and now we need to see that reflected in our rules and regulations.

How effective has the CBAA been over the last few years in eliminating the “one size fits all” approach to the Canadian regulatory environment?
RT In the past, members were frustrated with the regulatory requirements that targeted large airline operators but were not scaled to the smaller operators. However, the government has recently recognized the importance of having different approaches and regulations for different aviation sectors. This position was most recently reinforced by a recommendation in the Canadian Transportation Agency review and we hope this helps further this directed approach even more.

The CBAA remains committed to raising safety standards in Canada

How has the CBAA worked to gain influence on the international scale? How critical is this? What is the working relationship like with the National Business Aviation Association (NBAA) and how important is it?
RT The CBAA is one of the founding members of the International Business Aviation Council (IBAC). Through our support of and participation in the IBAC, we ensure that business aviation is promoted around the world and that owners can use their aircraft in an international scope. It is of great value to our members that they have seamless access to business opportunities and trade. For that to happen, the IBAC provides a platform for us to access help from 15 international associations, as well as, access to [the] International Civil Aviation Organization (ICAO) in Montreal. Our working relationship with the 15 members of IBAC including the NBAA is excellent. This close sharing of issues has allowed us to address such issues as third-country operator (TCO), European Union Emissions Trading Scheme (EU-ETS), International Civil Aviation Organization (ICAO) standards and more.

The annual CBAA convention continues to improve and develop on many levels. What is new for 2016 and what plans are in place to improve value for members?
RT We are very excited about the upcoming CBAA 2016 in Calgary at the Million Air FBO. Every year, we increase the educational elements of the event to address member requests, and this year we will offer more than 15 educational and plenary sessions as well as advanced discussions on SMS and an update on the Economic Impact of Business Aviation in Canada. Delegates will be given the opportunity to influence government officials and decision-makers face-to-face. OEMs will have their aircraft or other products on display and suppliers will build and cement key relationships.

How can the CBAA increase its influence and be more valuable to its members?
RT We have an initiative with TC to facilitate delegations to experts in the field to increase their level of service. The manner in which the CBAA has shared its operational experience with TC has been a driver to help us succeed and earn their trust. The CBAA value to the members and TC lies in our commitment to operational safety. It is scalable to the size of operations and by ensuring that the CBAA is in a position to help its members operate as safely as possible and maintain its stellar safety record. This achievement is invaluable.

What are the growth opportunities for business aviation in Canada? How can the CBAA help drive that growth process?
RT Members of the CBAA represent the top echelon of corporations in Canada. We need to ensure that these successful business leaders and corporations can compete on the world stage. Our flight management companies and flight departments are partly responsible for that success. The government of Canada should not take actions, which prevent companies and individuals from taking full advantage of the powerful tool of business aviation. The CBAA through its economic impact studies will continue to drive home the true contributions that our sector provides to the Canadian economy.


Related
CBAA directors meet at Buttonville Airport
It’s a wrap: CBAA conference a hit in Calgary
Leading Edge: It’s all in the numbers
McCarthy: A New Partnership with the CBAA