Business aviation’s greatest show on earth, NBAA-BACE 2016 in Orlando, Fla., kicked off its annual media day on Halloween 2016 and there were plenty of intriguing announcements to get the party started. 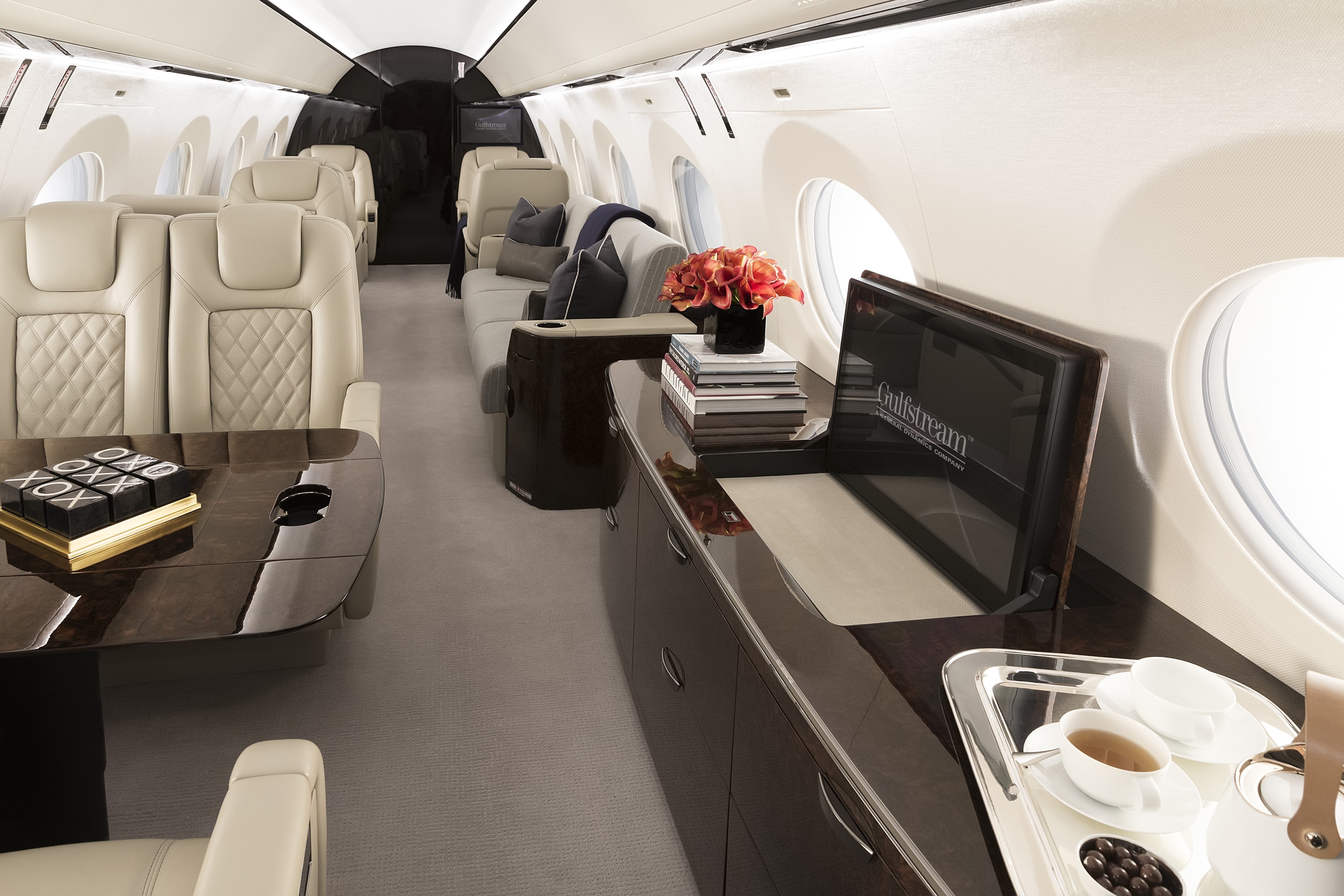 Cirrus Aircraft started the day as a very excited group of Cirrus Aircraft executives shared the news that the Duluth, Minn.-based company had received U.S. type certification for its Vision personal jet. Some 10-years in the development stage, the $1.96 million aircraft is now set to begin deliveries in December. Cirrus has secured some 600 orders for the Vision, and its four test aircraft have flown more than 1,700 hours.

“This aircraft brings high performance into a price point that is far lower than comparable light twins and single-engine turboprops,” noted Tood Simmons, president of customer service. “It should help increase participation in business and general aviation.”

The Vision jet sports a Garmin G3000-based Cirrus Perspective Touch Flight Deck and comes complete with the company’s signature parachute safety system. It has a maximum takeoff weight of 2,730 kg. (6,000 pounds) and a range of roughly 1,000 nautical miles (1,850 km).

Other key announcements to kick off the show:
• Singapore-based Zetta Jets has secured an order from Bombardier Business Jets to get four Challenger 650 aircraft. Bombardier signed the $129.4 million deal to sell the jets to Minsheng Financial Leasing.

• Textron Aviation has announced key suppliers for its Cessna Hemisphere program. During a late afternoon press event, chief executive Scott Ernest announced Safran’s Silvercrest engines will power the jet; Honeywell will supply its Primus Epic avionics suite; and Thales will supply the fly-by-wire controls. An impressive full-scale mock-up on the Hemisphere is on the static display site. A full mockup of the Hemisphere is on site at the static display, and the interior of the aircraft is impressive.

• Embraer unveiled its newest BizJet model, the Legacy 650E. The aircraft is designed to boost the appeal of its large cabin 650 business jet. The new model, which is scheduled to enter service in 2017, includes a synthetic vision system, standard auto throttle, redesigned interior and more. It also carries a new extended warranty. “It is the longest warranty available in the industry,” noted Embraer president Marco Tulio Pellegrini. “This aircraft offers a truly well-rounded proposition.”

• In its annual business aviation market report, Honeywell announced an upturn in the sales of BizJets will not occur until 2018. The market report shows some 8,600 business jet deliveries worth $255 billion projected through 2026. While 21 per cent of the survey respondents note they will grow their fleets by 2021, many of those plans are backloaded, noted Honeywell’s Brian Sill.

• Boeing has unveiled the BBJ Max 7, the third jet in the company’s narrow body family to be redesigned as a VIP transport. The aircraft, set to enter service in 2019, will have a range of 7,000 nautical miles and have an impressive cabin height of six feet.

• At its annual Pratt & Whitney Canada media luncheon, the dynamic Canadian engine manufacturer highlighted a number of its key programs, including its PW800 program, which is certified, and prime to enter into service. Since its certification in February 2015, the PurePower PW800 has had more than 510 flights and more than 4,000 engine flight tests hours combined on P&WC’s advanced Boeing 747SP flying test bed and Gulfstream’s G500 fight test aircraft. At the luncheon, the P&WC team focused on its ESP PurePower PW800 engine service plan, tailored to owners and operators specific needs. It covers heavy line maintenance combing a number of services, including engine wash, borescope inspections and trouble-shooting support and more. “The PurePower PW800 has demonstrated it it’s technology-ready but we are also ready to focus on customer service and support,” noted Scott McElvaine, senior director, marketing and customer service for PurePower PW800 engines. P&WC also introduced its pay-per-hour maintenance with the launch of its new coverage program for the reliable PT6 engine and its new engine EPS plans. It also announced the new PW617F1-E engine has been granted Transport Canada Type Certification to power the new Embraer Phenom 100EV.

• Gulfstream unveiled its sheik new interior for its G500 BizJet in grand style, revealing a wide-cabin designed to highlight customer demands for style, comfort, flexibility and connectivity. It certainly disappoint. The G500 cabin features three living areas for up to 19 passengers, who can wine, dine, work, relax or sleep on board. Benefitting from significant customer feedback, the smart lines and ergonomic enhancements are sure to impress potential customers looking for the utmost in comfort and reduced fatigue levels. The interior sports forward and aft lavatories and a full-sized galley that can be located either forward or aft. It also features a steam oven as an option, and interchangeable beverage maker and refrigerator that can be placed above or below the counter.