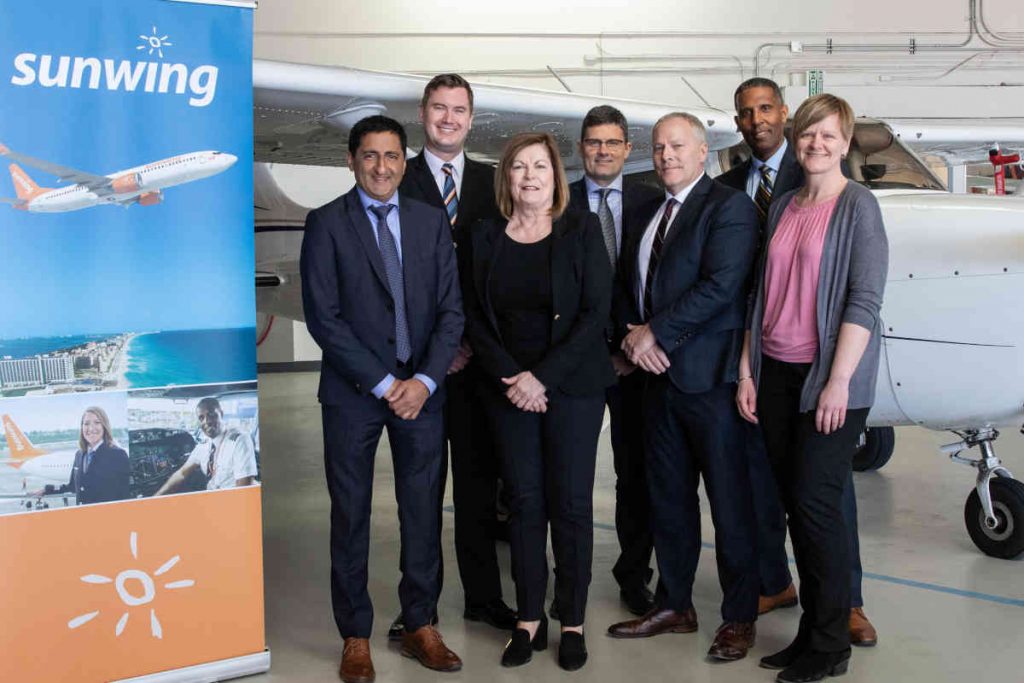 Sunwing Airlines has established a new partnership agreement with Mount Royal University and plans to hire its first graduates this coming summer. Mount Royal is the most recent university that the airline has partnered with, and the first in Alberta, as part of its direct entry cadet program for aviation graduates.

Sunwing already has agreements in place with both the University of Waterloo and Seneca College, both in Ontario, and has hired 24 graduates since the program was established in 2016.

“The decision to incorporate Mount Royal into our growing cadet program is a reflection on both their strong track record within the field of Aviation education and the calibre of their graduates,” said Piyush Gandhi, vice president of flight operations, Sunwing. “We have had an extremely positive experience with the pilots that we have hired already through our cadet program and we have no doubt that this new partnership – also the first to be established outside of Ontario where our airline is based – will be a strong success.”

The Mount Royal Aviation Diploma is unique in that it offers students the opportunity to graduate with both the academic qualifications and the inflight training needed to become a commercial airline pilot. Mount Royal University Aviation graduates have an average employment rate of 98 per cent.

Sunwing explains once licensed to fly the aircraft, newly hired graduates follow its continuous program of line indoctrination and receive mentoring to ensure that they achieve their career goals. Overall, the airline plans to hire between eight and 10 new first officers from its cadet program this coming year.

“With [the Sunwing partnership], we are ensuring we keep this talent here by providing graduates with meaningful employment in Canada,” said Elizabeth Evans, dean of Mount Royal University’s Faculty of Business and Communication Studies which includes the Aviation program. Up to two of our graduates are only weeks away from the tremendous opportunity of joining Sunwing’s cadet program.”

Described as the largest integrated travel company in North America, Sunwing provides direct service from more than 33 airports across Canada to over 45 sun destinations, including the Caribbean, Mexico, and Central America.