Troubleshooting problems with aircraft is often a challenging prospect. Every AME has at least a few good stories about seemingly unsolvable problems encountered while working in the field. The job often grinds to a standstill as others in the shop try their luck to lend a hand and sort it out. Part of being a mechanic, on any type of machinery is the ability to bear the frustration and keep a cool head when things go wrong. We all know “Murphy’s Law” and no one is exempt. “Whatever can go wrong usually does.” 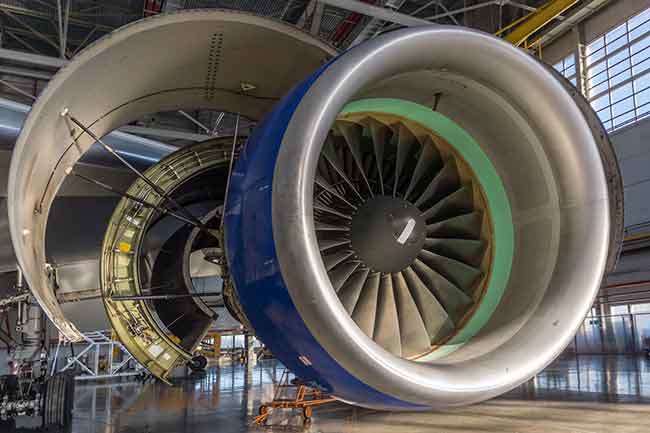 It didn’t make sense Troubleshooting problems with aircraft is often a challenging prospect.

My first tale involves an M1 category aircraft. A Piper Arrow, somewhat the worse for wear, arrived at a maintenance facility at Toronto’s Buttonville Airport. The new owner wanted an annual inspection, and to get it airworthy for as little cash as possible . . . sound familiar? A pre-inspection run-up was done and the process began. Many bits and pieces were replaced or repaired. Mags were retimed, compression checked, plugs cleaned and gapped, etc.

Finally, before returning the aircraft to the customer and completing the logbooks, another ground run was performed. The aircraft started and ran fine but refused to make full rated take-off RPM. Mag timing checked OK, fuel flow and carb checked OK, plugs and leads checked OK. The mechanic was running out of options. Different mags were tried, even a different prop was substituted but still no full RPM. It didn’t make sense, as the pre-inspection run had no problem making full power. One by one everyone in the shop had a go at it, without luck.

In a last desperate attempt to solve the problem, all old parts were re-installed, and the engine of course, ran to full rated RPM. The culprit, as it turned out, was a certified replacement exhaust system that had been incorrectly manufactured. The problem was excessive backpressure in the exhaust. Of course everyone ignored the new parts in the troubleshooting process. Murphy strikes again!

Tale number 2 involves an M2 category aircraft. A Lockheed L1011 was sitting on a gate at Toronto’s Pearson Airport, with a fairly short turnaround time between flights. I got dispatched to do a Integral Drive Generator (IDG) change on the number one engine. This was a straightforward routine job and was easily completed and cowled at the gate before departure. The aircraft then flew away and I thought nothing more of it. On my next shift, I experience a “mechanical déjà vu.” The same gate, same aircraft, same snag and my instructions were to change the number one IDG! I informed the foreman of the previous night’s work and suggested it might be an Avionics wiring problem. The response, of course: “There is no time, it’s a quick turnaround. Just change it.” Again I did my duty, changed the unit on the gate, and the aircraft departed. The very next night déjà vu all over again, and I changed the IDG for the third time. I can could change them faster than a NASCAR pit crew by then, and again, the aircraft flew away.

I was curious about the outcome of this ongoing misadventure, so on returning from my scheduled days off, I inquired with the foreman if the snag was fixed. He chuckled, and proceeded to tell me a rather unlikely story. As it turned out, there was a change in personnel responsible for IDG overhaul in Montreal. The old guy that normally overhauled IDGs had taken sick rather suddenly. Apparently, the “new guy” who replaced him wasn’t quite up to speed on the rebuild procedure and turned out a batch of “unserviceable” IDGs. I had been convinced it was a wiring problem because I assumed that I was installing serviceable units. Although the odds were largely against it, we had in fact installed three bad IDGs in a row!.

The big lesson here in both cases is to be aware of “unserviceable” new or reconditioned parts. Although our highly regulated system works well to eliminate this possibility, never underestimate “new” parts as a possible source of trouble. Also remember when you are troubleshooting and arrive on the scene to help someone else, try to remain objective. Don’t buy in to others’ assumptions of what’s good and what’s not. Check everything yourself. When someone tells you more than three times “it’s not that” check it anyway, because it probably is! A fresh set of eyes or hands can often work wonders when frustration sets in. There is no dishonour in asking for help. Even the best mechanics have bad days.

One final note on the subject of troubleshooting: hang in there, bear the frustration and remember every cloud has a silver lining. The more grief the job provides, the sweeter the victory when the problem is solved.

Sam Longo is a certified AME, retired professor from Centennial College and is the President of the Ontario AME Association