So, what's the big deal? 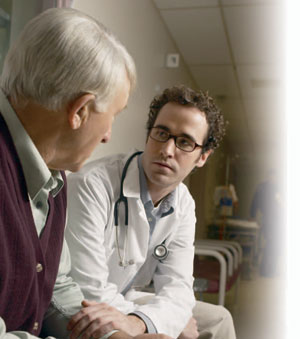 Is it that time of year again, is it time for your ‘dreaded’ aviation
medical with your friendly Civil Aviation Medicine Examiner (CAME), an
event that is akin to a root canal in the dental world! Well, this
article will hopefully shed some light on this event and allay any
fears or concerns that pilots may have toward their aviation medical
examination.

CASE REPORT
This
case is loosely based on a true story, I have changed the specifics to
comply with patient confidentiality but the message is evident.

This
patient is a senior pilot with a small British Columbia helicopter
logging company. He is 47 years old and has about 4,000 total flying
hours. He is about 40 pounds overweight, has slightly elevated
cholesterol and he has the occasional cigaret and beer. Due to his
hectic schedule he does not exercise. (Does this sound like anyone you
know?) Over the past eight months he complains to a close co-worker
that he has the odd twinge of chest pain with numbness going into his
left arm lasting up to an hour. The co-worker encourages the pilot to
see his family doctor/CAME but the patient refuses as “he doesn’t want
to lose his licence.” (Does this sound like anyone you know?) The
patient continues on with his usual dedicated manner, moving timber
around the mountains. He sees his CAME for his regularly scheduled
aviation medical during one of his scheduled weeks off, but he does not
disclose his chest complaints as he doesn’t want to go through the
hassle of all the tests and is still worried that Transport Canada will
‘pull his ticket’.

Unfortunately, not too long after his
medical, the pilot collapses while doing some yard work at home on one
of his days off. His wife calls 911 and the pilot is rushed off to the
ER but is pronounced dead from a large myocardial infarction (heart
attack). He leaves behind his wife and two teenage children.

WHAT’S THE MESSAGE?
This
case illustrates the worstcase scenario of denial and withholding of
medical information. Had this pilot been forthcoming right from the
start, he may still be with us today.

Let’s look at the
Aeronautics Act of 1985, which I will summarize (i.e., take out the
legal jargon) below: Aeronautics Act (1985) – Medical and Optometric
Information

6.5 (1) This section states that if your CAME or any
physician thinks that you may have a condition that is likely to
constitute a flight safety hazard, then he/she must inform the
designated medical authorities at Transport Canada.

(2) This
section states that as a holder of an aviation licence, you must inform
all of your health care providers (not just your CAME) that you are a
pilot at every physician contact.

(5) This section states that
the information that either you or your health care provider provides
to Transport Canada is not subject to any legal or disciplinary
hearings. In fact this information shall not be used in any proceedings.

(6)
This section states that as a holder of an aviation licence you agree
to follow the Aeronautics Act. You don’t have to sign anything, just
the fact that you hold a certificate is all that is required;
therefore, stating that you were not aware that these were the rules
won’t cover you legally should an accident/incident occur.

In a
nutshell, the Aeronautics Act states that with any medical contact a
pilot is to disclose that he is an aviator and not doing so is actually
a violation of the law. More importantly, not disclosing may have
disastrous results on a more personal level as illustrated in the case
report. Why are pilots/aircrew afraid to disclose information to their
health care providers? This is a very complicated topic but there are
some general explanations for this phenomenon. Pilots and physicians
are very much alike from a personality makeup perspective; typically,
pilots are often Type A personalities in that they are leaders and
decision makers. In general, pilots (and physicians alike) are problem
solvers and we will often try to minimize symptoms or more likely,
rationalize them or solve the issue with our own coping mechanisms.
Pilots have a great capacity to compartmentalize their lives and when a
medical issue arises they have a strong tendency to deny it exists and
then place it in a compartment and essentially not worry about it. This
behaviour actually makes good pilots; from an aviation safety
perspective, you want a pilot to be able to push away life’s little
annoyances when they are in command of an aircraft. Unfortunately, this
behaviour also makes most pilots (and physicians) very poor patients
(does this sound like anyone you know?). It is imperative for anyone
experiencing a potentially significant health issue to overcome their
natural tendency to dismiss their symptoms and consciously make an
attempt to discuss their concerns with their physician.

AVIATION MEDICALS AND THE 1% RULE
So,
why do we actually do aviation medicals? The primary reason is to
ensure the safety of the aviation system and the flying public. Also,
we want to ensure that the pilot is fit from an individual perspective
and is not going to become suddenly incapacitated. This is the bottom
line, as CAMEs we are concerned with medical conditions that may result
in sudden incapacitation. Obviously, a rash on your leg will not result
in you suddenly collapsing and causing a critical flight safety
incident, but chest tightness may lead to a heart attack which may
cause a sudden incapacitating event. Airline pilots have had heart
attacks while flying and I specifically recall a British Airways
captain who died while flying from London to Tokyo; his first officer
safely completed the flight. These cases, although few and far between,
do in fact occur. These are the type of issues we are looking for when
we conduct the medical.

The “1% Rule” is a general guideline
(not official policy) as the line in the got to use a 727-200, 757 or
Airbus configured for 50-60 businesspeople. The trouble is that these
larger aircraft are expensive; you don’t hold the price down just
because these planes have been configured to only hold 50 seats.”

BIG CHANGES AHEAD?
Today,
Canada’s fixed-wing charters rely on prop planes. They have to; in most
cases, comparable jet transports are just too expensive to buy and
maintain. However, this may soon change as VLJs (Very Light Jets) make
their presence known in the aviation world. Built to have a maximum
takeoff weight under 10,000 pounds, they can seat between three and six
passengers. VLJs are meant to compete with prop planes on purchase,
operational and maintenance costs.

Among the VLJs that are
available now or coming to market soon are the Eclipse 500, Cessna
Citation Mustang, the Adam A700 AdamJet, and Diamond Aircraft
Industries’ D-JET. Meanwhile, if you’re a charter operator who wants to
sell your passengers a thrilling ride, get an ATG Javelin Mk.10.
Powered by a pair of Williams FJ33 turbofans, the two-seat ATG Javelin
looks like a T-38 jet trainer with an F18’s twin tail, thanks to the
Javelin’s seat-behind-seat cockpit arrangement, fighterstyle fuselage
and clear fighterstyle canopy.

“We see ourselves moving into
VLJs,” says Dylan Fast. “We still have yet to have one certified in
Canada, but eventually that will come.”

“When they get VLJs into
service, it will be tremendous for the air charter business,” enthuses
Larry Libman. “Compared to conventional business jets, they cost 50 per
cent less to buy and operate. This should result in us being able to
offer a 35-40 per cent lower ticket price for flights from Montreal to
Toronto, New York and Chicago. This should increase our closing rate by
at least 50 per cent.”

Does this mean that VLJs are the ‘Next
Big Thing’, as far as fixed-wing charters are concerned? On this point,
operators disagree.

“If the VLJs do what their makers say
they’ll do, they’ll obsolete the Navajos and the KingAirs,” adds Adam
Penner. “People like jets, while prop planes are looked down upon.
Plus, the VLJs should go twice as fast and twice as high as props, and
be far more comfortable to fly in.”

“I don’t think they’ll put
props out of business,” counters Fast. “Yes, VLJs will fill a niche
market for two to four passengers. But we are still doing a lot of
flights up north where we’re carrying seven to eight passengers. The
VLJs can’t replace the props that carry them, but I can see them
creating a new market.”

A BUSY, BRIGHT FUTURE
Even with
the challenges that they face, it is clear that Canada’s fixed-wing
charter operators are well positioned to profit in the years ahead. As
commercial airline service declines in quality and coverage, charters
are a natural alternative for first-class travellers, and those
business passengers who are fed up and willing to pay more for a better
travelling experience.

Meanwhile, the advent of VLJs will make
jet aircraft more affordable and accessible for air charter operators,
allowing them to offer an enhanced level of service at prices customers
should be willing to pay. Put it all together, and it’s a good time to
be in the fixed-wing charter business – especially if you can justify
buying a fighter-like ATG Javelin Mk.10 for your company!