Grappling with the safety complexity between Emergency Locator Transmitters, ADS-B and flight recorders 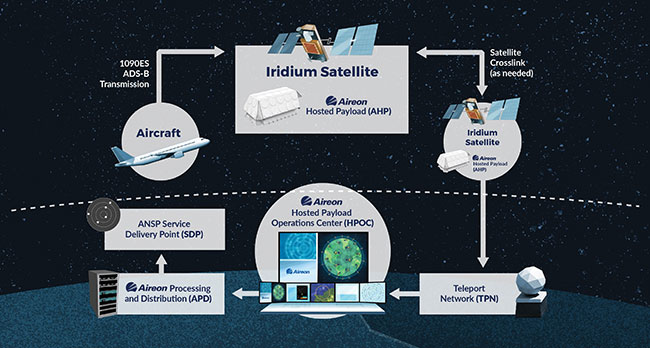 Aireon’s mission is the delivery of satellite-based ADS-B services, which is a perfect fit for countries with large geographies, small populations and aging ground-based air navigation infrastructure. PHOTO: aireon

The primary purpose of an ELT is to locate aircraft in distress. In Canada, the process to manage a distress call was executed 1,032 times in 2017, saving 49 lives. In 2017, roughly seven per cent of the ELT activations were real and 93 per cent were false activations.

Currently, there is no Canadian or American regulatory mandate for 406 MHz ELTs. NAV CANADA, CBAA and COPA believe that ADS-B technologies will be able to augment the 406 MHz ELT environment. NAV CANADA, Transport Canada, COPA and CBAA are collaborating to determine the feasibility of utilizing ADS-B as an alternative alerting source for search and rescue (SAR). Anthony Norejko, CEO of CBAA, explains, “Roughly 10 per cent of the operators are challenged with the economics of equipping older aircraft with ADS-B and are considering replacing non-compliant aircraft with newer models. However, Transport Canada needs to quantify and articulate to Business Aviation and General Aviation the potential savings to facilitate the transition to ADS-B based alerting.”

The Air France flight 447 accident was the impetus for ICAO to create its new Global Aeronautical Distress Safety System (GADSS) effective January 1, 2021. GADSS is designed to address three specific issues: late notification of SAR services when aircraft are in distress; missing or inaccurate end of flight aircraft position information; and lengthy and costly retrieval of flight data for accident investigation. The system will provide a 4D position every 15 minutes to help reduce the size of the search area. GlobalBeacon, a new product from Aireon and FlightAware, provides a solution for the compliance to GADSS.

Aireon LLC is a joint venture between Iridium (the satellite network provider) and the air navigation service providers of Canada, Ireland, Italy, Denmark and the UK. Aireon’s mission is the delivery of satellite-based ADS-B services, which is a perfect fit for countries with large geographies, small(er) populations and ageing ground-based air navigation infrastructure. In early 2019, Aireon launched Aireon ALERT, a service operated by the IAA, for the locating and tracking of ADS-B equipped aircraft. Aireon ALERT users do not have to be customers of Aireon or IAA. Users simply have to register for the free emergency service. IAA users are limited to commercial operators, SAR and air navigation service providers.

Aireon ALERT was launched based upon the principle that Aireon’s systems were recording ADS-B data, which could be used to facilitate the delivery of location information to support SAR activities, as well as the operator’s needs. Since the launch over one year ago, in 2019, Aireon ALERT’s operation centre has received 43 calls. That number is somewhat skewed based on the impact of COVID-19. Aireon ALERT is designed to track the last 15 minutes of a flight, with one plot per minute plus all the plots of the last minute of the flight. Google Earth is used to visualize the plotted data. Aireon ALERT is able to search back over the past five days.

A registered customer begins the process by going to the Aireon ALERT web page and requesting a track. The webpage will display the telephone number for the Aireon ALERT communication centre. The process continues by the requester calling the toll-free number which is answered 24×7 by an Aireon Alert Tracking specialist and providing the security credentials generated by the website. The flight’s identifier (either the ICAO 24 bit identifier or the flight’s call sign) is provided to the specialist, who then conducts a search for the flight’s last 15 minutes of data. Four-dimensional data is provided to the caller both in terms of the last reported latitude, longitude, altitude and time (critical data to dispatch SAR personnel to site). A Google Earth report is provided to the caller to help the customer determine if an incident or accident has occurred.

In early 2020, an ELT activation occurred in South Dakota at a non-towered airport. There were no personnel at the airport for SAR to contact during the persecution of an ELT activation. With no radar coverage in the area and the aircraft not communicating with ATC or flight services, SAR contacted Aireon ALERT. The ADS-B data showed the aircraft descending from 9,000 feet, flying the approach to final on runway 13, landing, taxing and parking. Google Earth showed the aircraft parked on the ramp near the hangers. Sometime later, SAR was able to contact the owner/crew of the aircraft and determined that the aircraft had bounced on landing hard enough to activate the 406 ELT.

A more dramatic example of the benefits of narrowing the search area with pinpoint accuracy is N50DH, a Cessna P210 aircraft which experienced an engine failure in the Bahamas on December 23, 2019. Although not equipped with ADS-B diverse antennas, signal reflection off of the water allowed ADS-B communication with the satellites. The aircraft experienced a rapid descent followed by a successful ditching just north of Spanish Wells. The aircraft sank quickly, but the sole occupant was able to exit the aircraft, without a life jacket or other survival gear. SAR contacted Aireon ALERT, which provided pinpoint positioning within 50 metres. The U.S. Coast Guard was dispatched and rescued the pilot, who spent three hours treading water.

Augmenting the current 121.5/406 ELT hardware utilizing ADS-B OUT transmissions, big data and advanced computer analytics to determine if an aviation distress event has occurred has the ability to proactively advise SAR and the aircraft owner of an incident. If an aircraft’s flight characteristics are outside of normal operations, e.g. rapid deceleration, then the system can tag the flight as an emergency and push out a distress alert. The CMCC and Joint Resource Co-ordination Centre would then investigate the event using current standard operating procedures. This approach does not preclude flight crews from utilizing an existing ELT, personal locating beacons (e.g. Airtex) or personal locating devices (e.g. Spot, Garmin, Spidertracks). Christine Gervais, president of COPA, explains, “The envisioned system is about the pilot or technology not doing something, which triggers an emergency alert.”

Transport Canada supports the establishment of a working group to further investigate the feasibility of the concept. It is comprised of NAV CANADA, Transport Canada, DND and representatives from the GA community, such as COPA. An end to end space-based ADS-B based alerting service has the potential to reduce the number of false positives and improve the efficiency of the SAR service. Additional research is underway to determine the operational alignment of the technology to the current ELT system. With the airline’s mandate to have dual ELTs, 121.5/406 ELTs are here to stay.. | W