A look at the ownership and governance of Canada’s airports. 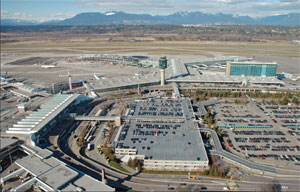 Airports worldwide have been subject to far-reaching changes during the
past 20 years or so, one of the most significant being in the area of
ownership and governance. Prior to 1980, almost all airports were owned
and operated either directly by states or other governmental bodies and
Canada was no exception.

All
that changed from the mid-1980s onwards when the “Thatcher effect”
burst on the scene in the UK and then rippled across the world. Now,
the end results of then Prime Minister Margaret Thatcher’s policies
have had global effects that were probably unimagined at the time. In
particular, could people in Britain have imagined that, within 20 years
of the changes in airport governance, most of the major British
airports would be foreign owned, including the crown jewel – BAA?

So
how is it that airports around the world now seem to change hands like
stakes in an international poker game, while here in Canada, although
Transport Canada has divested itself of the operational responsibility
for airports, there is scarcely a foreign player in the Canadian
airports game?

CANADIAN MODEL FOR AIRPORT GOVERNANCE
It
all comes down to financing and governance. At the same time as
Transport Canada was planning the great Canadian airports divestiture,
the Canadian air navigation and air traffic control system was also
undergoing a similar disentanglement from government. However, the big
difference between airports and air navigation was that the Government
of Canada got rid of the air navigation system lock, stock and barrel
to a private company (Nav Canada) and received $1.5 billion for it.
Even so, Nav Canada is no ordinary private company but is a remarkable
Canadian invention – a private company not limited by shares. With no
shares, the company, brought into being by the federal government and
then promptly divested, could not sell shares to raise the $1.5 billion
to buy the air navigation system. Instead it borrowed the lot, (plus
another $1.5 billion for startup) from financial institutions, which
became the de facto if not the de jure owners of the company until the
loan could be paid back.

With airports, the government took a
different route. Some of the smaller airports were transferred to local
authorities for a nominal sum and thus became owned and operated by the
local city council or councils. However, airports such as Toronto,
Vancouver and Montreal remain the property of the federal government
but have been leased to airport authorities for long periods, with
those authorities taking complete responsibility for operation and
maintenance.

It is here that the Canadian model for airport
governance diverges significantly from countries such as the UK,
Australia, South Africa and New Zealand, while the US is a unique
situation. Most airports around the world can be clearly identified as
belonging to somebody or some institution, usually either a government
(national or local) or a publicly quoted company. For example, in
Denmark the government decided to privatize Copenhagen’s airport, which
became a commercial company with all the characteristics that entails –
it has since sold a majority stake to Macquarie Airports (a subsidiary
of Australia’s Macquarie Bank).

Here in Canada, our airport
authorities are strange creatures. They are not owned by any level of
government (federal, provincial or municipal) but have no shares and
are not-for-profit entities. Since there are no shares, there are no
shareholders who can elect or fire boards of directors. In fact, the
man or woman in the street might be hard pressed to explain who
actually owns his or her local airport, if it is not one of those owned
by a municipality. To him or her it may seem as though the airport
authority and thus the airport, except for the land on which it is
built, is the personal fiefdom of the members of the board (who are
appointed either by each other or by bodies with no financial stake in
the airport).

BENEFITS AND DRAWBACKS
So what are the
benefits or drawbacks of the Canadian system, compared to other
countries? Clearly, at the moment, one thing that cannot happen in
Canada is the takeover of major airports by foreign companies – a
refreshing change perhaps, given that so many Canadian institutions are
owned by foreign investors. Had the Government of Canada gone the same
route as the UK and other countries, major Canadian airports might now
belong to companies such as Macquarie Airports or Grupo Ferrovial of
Spain. Alternatively, they could have bought each other, ending up with
one huge Canadian holding company (like BAA, which owns seven UK
airports including Heathrow and Gatwick, handling 63% of UK passenger
traffic). However, such a holding company could still have fallen prey
to international financiers in the new global airport jungle. That was
the fate of BAA Plc. which was recently taken over for a cool US$20
billion by Ferrovial.

Is there a downside? One issue is that
Canadian airports are not set up to make a profit. This may seem to be
a proper situation for a monopoly public utility, but some may argue
that not-for-profit companies without the backing of a government are
less attractive to banks when seeking financing for new facilities such
as additional terminals or runways. One can partly alleviate that
problem by hitting the long-suffering passenger with another Canadian
invention, the “airport improvement fee” – which has been eagerly
implemented by most Canadian airports, often to the chagrin of
passengers. A departing German businessman, on being asked to stump up
$20 for future airport improvements at a Canadian airport, said
angrily: “Why should I pay for something I am never going to use and to
provide jobs in your country, rather than mine!”

Another
downside could be that the current system does not encourage Canadian
airports to be entrepreneurial in seeking business outside Canada.
Vancouver got around this problem by setting up a separate service
company (YVRAS) which has emerged as a highly successful venture, with
numerous international contracts and equity participation in overseas
airport operating companies, as well as operating contracts in Canada.
In the tough international airport market, Vancouver Airport Services
is recognized as a key player – a position it has achieved by strong
internationally oriented leadership and making the effort in
international marketing.

ACCOUNTABILITY – A TWO-EDGED SWORD
The
issue of accountability is a two-edged sword. Some may see the present
Canadian airport authorities as being unaccountable to local
communities and the passengers they serve. Certainly, airport authority
boards seem to be composed of people appointed by various entities,
including governments at various levels, and could be said to be
selfperpetuating by members electing each other. Without doubt, there
are places where being close to local politicians may well smooth the
path to a seat on an airport authority board – which might give rise to
a feeling of grievance or frustration on the part of the public.

The
other side of this two-edged sword is what happens when airports go the
fully commercial route. For instance, people in Budapest may feel
bewildered by the situation of their airport. First, it was privatized
and bought for approximately US$2.1 billion by BAA – thus, from an
accountability point of view, Hungarians had to look to London. Now,
however, with the takeover of BAA by Ferrovial of Spain, people in
Budapest may have some difficulty figuring out who is accountable for
the running of their airport – which is actually no longer “their”
airport.

SURVIVING THE INTERNATIONAL MARKET
There is
probably no right or wrong answer to this question of governance but if
an airport company gets into the international market, it will survive
in the long term by recognizing that wherever in the world it operates,
it should look like a local company to the people served. This will
offset the question of accountability and the feeling of remoteness
from a distant group of men in grey suits in a far-off financial
centre, which can fuel resentment. Go to Las Americas Airport, serving
Santo Domingo, capital of the Dominican Republic; it is managed by
Vancouver Airport Services but with its local partner company, Aerodom,
you will hear managers speaking Spanish rather than English and the
local employees feel that it is their airport company and not just a
foreign transplant.

If Canadians ever want to make changes to
the system while keeping airports Canadian-owned, they might look at
Manchester International Airport in the UK. One of the world’s most
successful airports, Manchester survived the Thatcher firestorm of
privatization by changing its spots but not its heart. In 1986, the ten
municipalities that owned the airport set up Manchester Airport Group
Plc, with shares owned by the municipalities. The second largest
airport operator in the UK, it acts as a fully commercial and
profitable company which ploughs its profits back into the airport and
the communities that own it. At the same time, the governance and share
structure ensures that the municipalities that own the airport do not
lose control.