Jan. 2, 2015 – One man or woman was not going to replace Tim Jones after the search and rescue hero died suddenly of heart failure last January. 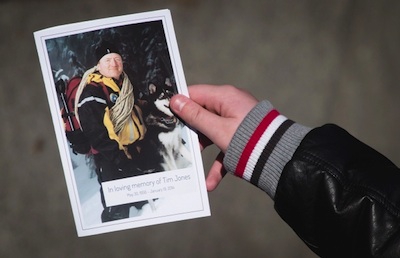 No one knows that more than Mike Danks, who took over as team leader for North Shore Rescue.

“In terms of a hole or void, that’s been our biggest challenge,” Danks, a North Vancouver firefighter and father of three girls, said. “The understanding was I and the team would step up collectively because it can’t be done by one person.

“Right now is a good example: I’m on the phone every day. I’ve heard from my wife and from my mom that it’s consuming my life.” | READ MORE