News
The Launch of NEW Canadian Air and Space Museum 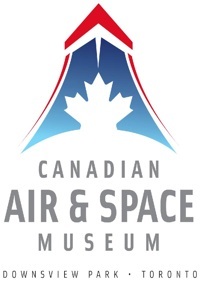 March 19, 2009 – The saying goes that if you build it, they will come. And in further support of that notion, if you put enough valuable and important dates from aviation and aerospace history together at one time in one place, you can have an impressive media event.

The saying goes that if you build it, they will come. And in further
support of that notion, if you put enough valuable and important dates
from aviation and aerospace history together at one time in one place,
you can have an impressive media event.

Such was the case on Feb. 20, 2009 at the former Toronto Aerospace
Museum, located in Downsview Park in central Toronto.. It was on this
day that the Museum was renewed and re-launched with a new image, focus
and vision –  as the Canadian Air and Space Museum (CASM).

Claude Sherwood – the CEO of the Museum and a former Avro employee –
proudly stood in front of the only full-scale Museum quality replica of
the historic CF-105 Arrow to announce that the Museum was undertaking
not only a name change, but also an extensive renewal of its focus. The
centerpiece of this campaign is a $2 million, Phase 1 revitalization
and expansion plan that will allow the Museum to become a living and
breathing aviation/aerospace center and education facility for
approximately 150,000+ annual visitors.

The current home for the Museum is a part of history itself, having
once been the site of the historic de Havilland Aircraft of Canada
factory, established in 1929. Over the 80 years that this building has
stood, its hangar doors have opened to present many new and exciting
aircraft to the world – starting with open cockpit, wood and fabric
Moth biplanes, through the postwar Chipmunk trainer to the famous
Beaver and Otter bush planes of the late 40's and 50's, and concluding
with assembly and testing of the Alouette 1 spacecraft and its
innovative STEM antenna in the 1960s  produced by de Havilland's
Special Products Division – which later became SPAR Aerospace.

The revitalization and expansion project will enable the Museum to
effectively showcase not only its current displays, but also the City
of Toronto's rare Lancaster bomber restoration project. Plans call for
inclusion of new interactive and educational displays, theaters,
archive facilities, restoration space and many other elements – all
coming together to make this a premier aviation and aerospace facility
and tourist destination on the doorstep of Canada's largest population
centre.

During any economic period, a project of this magnitude would be a
challenge, to say the least. During a recession, it's a monumental
task. That said, the membership, aviation community and aerospace
industry have come forward and are well on the way to supporting the
challenge. As with any such campaign, sponsors are welcome at any and
all levels and recognition is attributed accordingly.

The campaign Title sponsor is currently Air Canada and Partner sponsors
include the Ontario Aerospace Council and the Foundation J. Armand
Bombardier. At the Founding sponsor level, the current participants
include Bombardier Aerospace, Pratt & Whitney Canada, Messier-Dowty
and Sky Words Media. Presenting sponsors are Lucas Oil Products Inc.,
Air Combat Zone, the GTAA and Downsview Park. Associate sponsors to
date are Deca Aviation, Altitude Graphics and BCNI. At the Supporting
sponsor level are MX Aerospace and Honeywell and the Contributing
sponsors include Canada's Air Force, COPA for Kids and the Royal
Canadian Mint.

During the launch event on Feb.20, many additional companies and
individuals came forward and provided donations helping to kick off
this capital campaign. While the total contributions to date are not
yet tallied, Museum organizers are very happy with the start to their
Capital Campaign.

The launch celebration was held 50 years to the day after the entire
Avro Arrow program was cancelled by the government on Feb. 20th, 1959.

Coincidentally, Feb. 20 was a young 21-year-old Claude Sherwood's
birthday and the day he lost his job at Avro. It was more than a little
ironic that 50 years later he should be standing in front of a stunning
and fabulous replica of that iconic aircraft to present a new chapter
in Canada's aviation history, having already lived through several
chapters of this storybefore. Claude Sherwood is one of the dedicated
volunteers who took up the challenge to lead the construction of the
Museum's Avro Arrow. The memories of ex-Avro employees are strong, and
their contribution to Canadian aerospace does not go unrecognized.
Canadian Air & Space Museum will do more than its part to ensure
their legacy continues.

The month of February was also the official 100th anniversary of the
first powered flight in Canada by an aircraft that we know as the
Silver Dart.

Since 2005, a dedicated group of volunteers in the Niagara region of
Ontario have been working to re-create a flying replica of the Silver
Dart with plans to fly it at Baddeck, Nova Scotia of the 100th
anniversary of the original flight on Feb. 23, 1909. Prior to this
historic anniversary, the AEA 2005 group participated in the Canadian
Air & Space Museum's launch event via teleconference from Baddeck
and were extremely excited about their plans to re-create an important
moment in Canadian aviation history. Poor weather forced the
reenactment of the Silver Dart flight to take place a day prior, on
Feb. 22. In honor of the 100th anniversary, the Royal Canadian Mint
took the opportunity to present the Canadian Air & Space Museum
with a Centennial of Flight Commemorative Coin saluting the historic
1909 flight of the Silver Dart.

Among the numerous and varied presenters on the day were – via
electronic means – actor/pilot Harrison Ford. Ontario Lieutenant
Governor David Onley kicked of the celebration by stating "this launch
celebrates the many achievements of the Canadian aerospace industry. I
am pleased to be present for this new chapter in the Museum's
development and to see it supported so enthusiastically by the
aerospace, airline and space industries, as well as the military and
other proud Canadian supporters." As many will recall, His Honour was
very instrumental in the launch and support of the replica Arrow
project and has long been known for his interest in aviation and space.

When he is not acting on the big screen, Harrison Ford is an avid pilot
and proud owner of a de Havilland Canada DHC-2 Beaver built at
Downsview. During his video message, he stated, "I'm glad to see that
the birthplace of the de Havilland Beaver is being preserved along with
a century's worth of stories and other great aviation achievements. I
wish you all the best with raising funds to create such a world-class
facility and urge everyone to donate to the Canadian Air and Space
Museum."

During its 10 year history, the volunteer-driven Canadian Air and Space
Museum has come a long way in to create a showcase and repository for
many important chapters of the local and national history of flight and
the exploration of space, and recognize the people who made these
accomplishments possible. The vision of the Museum can and will be
achieved over time through the dedication of its staff and volunteers
coupled with corporate and community support, and lots of
determination.

These efforts will ensure that future generations will have the ability
to study, understand and remember the achievements of those who come
before them and the proud position Canada holds within the global
aviation and aerospace communities.