News
The power of relationships

There are plenty of wise cracks about aging but there are some really great things about it too. One of them is contemplating relationships that span more than 30 years. 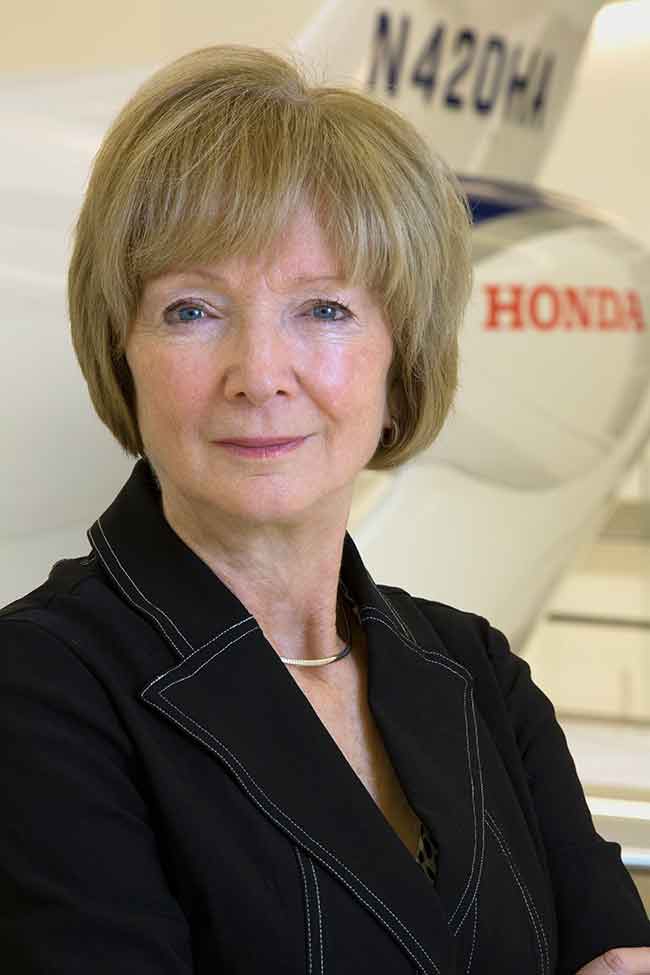 You need to embrace the change and look at change as a new opportunity. There are plenty of wise cracks about aging

One of my long-time pilot friends is Lyn Shinn, vice-president of business development at Toronto’s Skyservice Business Aviation. Shinn is a veteran in the business aviation world and has been with Skyservice since 1999. She currently heads up the HondaJet sales team. It’s a competitive business with long hours and plenty of stress but, she loves the work.

In the past, we have often shared a laugh over the old joke about the guy who cleans the airplane lavatories, sometimes referred to as the honey boxes. Although he would get dripped on occasionally, he remained jubilant over the fact that at least he got to work in aviation! Sometimes this business is like that and yet most of us feel lucky to be a part of it. I caught up with Lyn recently to discuss her long career in the industry.

Why did you choose a career in aviation?
LS: Aviation chose me in a way I was not expecting. I graduated with a degree in physical education and worked for the City of Toronto for 10 years but needed a change. I had achieved a private pilot licence during that time and when I needed work, a friend told me about a job opening at Pearson Airport working for an air ambulance company. It sounded like fun. It was less than half of my previous salary and included being on call 24 hours a day, five days a week. What did I know?

Did you have any role models and/or mentors?
LS: I was fortunate to have outstanding role models at Skyservice. Russ Payson is an icon in the aviation industry with an incredible entrepreneurial spirit and a passion for service. Tim Casgrain provided both wisdom and a strong business sense. To give you an idea of the calibre of mentors I had access to, Tim was also the chairman of the CBC. Last but certainly not least, Marshall Myles who was CEO of Roots for more than 26 years, brought an entirely different skill set with a strong sales and marketing background. All three shared the same belief that the business starts with valuing your employees.

What kind of challenges have you had to deal with and how have you overcome them?
LS: I’ve been through a bankruptcy with an aviation company and it was a very painful experience. At another company, I had a salesperson who did not speak to me for two years because I was outselling him. I just kept doing what was expected of me and eventually we became a great team. I’ve been through many changes in leadership and held many different positions within the same company. You need to embrace the change and look at change as a new opportunity. Fight it and you might as well get off the bus.

Have you ever felt overwhelmed?  Do you have certain strategies to help you affect change?
LS: Most of us feel overwhelmed on a daily basis. Our industry is small but very complex, especially in business aviation where virtually every trip is handcrafted. We could be asked to fly to any country in the world. There may be a different language, culture, customs, aviation regulations, different monetary requirements, or crew and passenger visas. One time we were en route to a Middle Eastern country only to discover that the female flight attendant could not enter the country without a burka. We could not find a burka, so we flew a male flight attendant in to complete the leg in and out of the country. Then, we needed to coordinate getting the original flight attendant back on the aircraft. All this needed to happen without affecting the passengers.

How do you describe your professional style?
LS: Consultative. Over the years, leadership style has changed from top down to a more inclusive approach. Good leadership does not dominate employees. It engages and involves them in the process. The consultative style is a more natural style for women. It produces longer-term rewards and results, and is highly effective for most organizations.

Would you recommend flying to other young women?
LS: Absolutely yes. Why should men have all the fun?!

What advice would you give them?
LS: Expect to work twice as hard and be twice as good as your male counterpart but most of all, remain professional at all times. That is sometimes easier said than done.

Anna Pangrazzi is president/owner of Apex Aviation Sales in Toronto and a regular contributor to Wings.