Features Space
‘The time of my life’: Canadian on Perseverance mission to Mars enjoying every minute 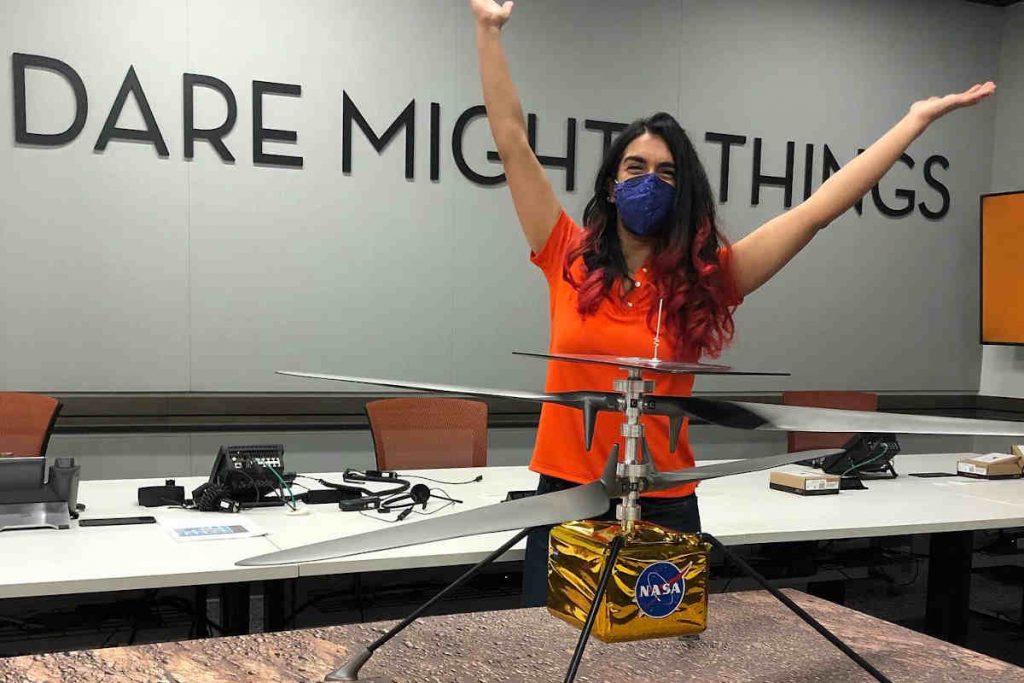 Spare a thought for the plight of Farah Alibay, a Canadian on the team that recently landed a probe on Mars and, last weekend, directed the first flight on a planet other than Earth.

The excitement was still in her voice the day after Ingenuity made its maiden flight.

Dropped from a cargo bay on Perseverance, the NASA probe that landed on the red planet six weeks ago, the drone Ingenuity logged 39.1 seconds in the air and reached the lofty altitude of three metres.

Alibay, who grew up in Montreal and Joliette, Que., helped co-ordinate the teams running the Perseverance and those responsible for the Ingenuity.

She calls herself a “choreographer” who keeps the two elements of the mission running together smoothly. For example, when Perseverance deployed the helicopter, it was Alibay and her colleagues who ran the tests to ensure it had been done correctly.

No one was sure the flight would work.

Gravity on Mars is one-third that of Earth’s, so that helps. But its atmosphere, which the chopper rotors use to create lift, is only one per cent as dense.

So, even though Ingenuity is only about the size of a tissue box, its wings had to be 1.2 metres long to get the contraption off the ground.

As well, it takes 15 minutes for signals to travel back and forth between Mars and Earth. That means nobody was back at Mission Control with a joystick in hand — the entire flight was preprogrammed and automated.

It also means the flight was over before team members on Earth knew it had begun. They had to wait for Ingenuity’s data and Perseverance’s video before they could confirm success.

“I was with them when the data came down,” said Alibay. “It’s been really fun to be part of the team that’s made this happen.”

Ingenuity doesn’t have many scientific tasks. It’s mostly there to see what’s possible with aerial exploration, much like Sojourner did when it landed in 1997 and showed what robotic vehicles could do.

Appetites have been whetted, said Alibay.

“I can guarantee you there are hundreds of scientists and engineers out there right now who are thinking, ‘Wow, OK, what else can we do with this thing?”’

Alibay has been at the Jet Propulsion Laboratory since 2012. She joined as an intern about the same time as the landing of Curiosity — a Mars probe still active on the planet.

“I just remember seeing that team and thinking, ‘Wow, this is what I want to do.’ I fell in love with this place.”

Nearly a decade later, she’s on her own mission to Mars.

“I’m having the time of my life,” she said after her first look at Ingenuity’s data. “This is incredible. I am enjoying every minute of it.”