Pilots and ATC abide by it, aviation weather references it, and  maintenance and the military adhere to it. 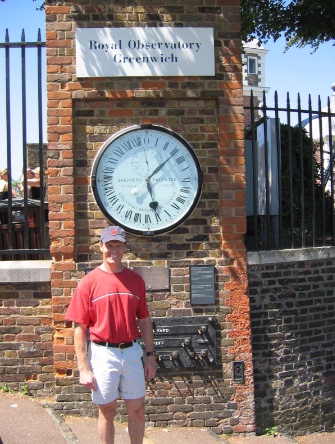 What time is it?

In 1878, Canadian Sir Sandford Fleming proposed the system of worldwide time zones we use today. He recommended the world be divided into 24 time zones, since the earth rotates once every 24 hours. Sir Fleming’s time zones were heralded as a brilliant solution to a chaotic problem worldwide as time was purely a local phenomenon prior to this, but it still didn’t help those who traverse many time zones. Six years later, the Prime Meridian Conference selected the longitude of Greenwich, England, as zero degrees and established the 24 time zones starting from Greenwich. Universal time was implemented called GMT (Greenwich Mean Time).
However, in 1972 UTC (Coordinated Universal Time) replaced GMT. (UTC is also referred to as Universal Coordinated Time).

The reason for the change to UTC, time is now kept by time laboratories around the world incorporating highly precise cesium atomic clocks accurate to approximately one billionth of a second per day. This replaces using the earth’s rotation, which inherently has very small time hiccups of about one second every year.

The reason UTC stands for Coordinated Universal Time is English speakers and French speakers each wanted the terms used internationally in initials of their respective languages: "CUT" for "coordinated universal time" and "TUC" for "temps universel coordonné." This resulted in the final compromise of using UTC.
Now, where did “Zulu” come from? The American military and NATO denoted each time zone with a phonetic letter crowning the time zone over Britain, “Z” a.k.a. “Zulu.” “Z” being for “zero” degrees longitude. Only the letter “J” is left out, confusing the issue because there are 26 letters in the alphabet, implying 25 time zones! That’s because there are 25: the zone where the International dateline separates one day from another is actually divided into two. (The letter J is skipped because it refers to the current local time of the observer.)
However, keep in mind that the baseline of the international time zone system is still in Greenwich, England. On a recent London layover, my flying partner and I decided to visit Greenwich, to witness the beginning of time – where zero degrees longitude (the prime meridian) divides the Earth on its vertical axis – where “east meets west.” (While on approach to London, Heathrow, I managed to snag a glimpse of our position from the GPS readout as we shuffled the east-west hemispheres.)


Timing is everything (Dropping the Ball)
Getting there is easy and well worth the trip. Greenwich is slightly to the east of London’s city centre, and it takes roughly 15 minutes on the “Tube “(London’s subway). After a 15-minute walk through the picturesque town of Greenwich, you’ll come across the Royal Observatory perched on a hill overlooking the River Thames.
(Another scenic way is by boat along the Thames or by taking the foot tunnel under the Thames built in 1902.)You’ll see people snapping tons of pictures in front of the Shepherd Gate Clock, which depicts official time.

Through the gate, you can get a great photo of yourself straddling the eastern and western hemispheres in “Zulu” land.
Make sure you plan to get there before one o’clock local so you can see the conspicuously painted red ball drop. This “time ball” has dropped every day precisely at 1 p.m. since 1833. The observatory had set a large time ball on the roof of the Flamsteed house to serve as a visual cue to the navigators on the River Thames to synchronize their clocks. In comparison, overhead satellites send continual signals to update flight deck clocks.

Time is money
The observatory, known as the Flamsteed house – named after John Flamsteed,its first astronomer – began observations in 1676. There you’ll walk the Octagon room accommodating the long telescopes of yesteryear. The museum is meticulously maintained with deep history. You’ll see the ingenious clocks built by John Harrison allowing accurate navigation on the high seas.

Navigation until then could only be obtained through astronomical fixes which only told a person where they were in relation to the equator – i.e., latitude. Time was an important complement to this puzzle. A substantial monetary prize was offered to the first person to ratify this navigation hurtle and after fierce bickering back and forth to the committee, Harrison received his money. To this day he’s known as the man who founded “longitude.” The chronometer – a fancy name for a click – in my flight deck is rumoured to come with a price tag near $50,000.

Time for flying can be a concern for pilots especially if their routes are international. A case in point, I would depart Tokyo at 4 p.m. and arrive in Toronto
on the same day at 3:30 p.m. Talk about a time warp! Jet jockeying the
globe can have its advantages. One New Year’s eve we left Hong Kong,
allowing us to welcome the New Year several times throughout the
flight. Knowing the local time can be a challenge for travellers and
international pilots. Our company briefing notes suggested we make P.As
referencing time on our direct Toronto-New Delhi flights early in the
flight, avoiding the chance of flubbing the local time, especially when
India operates on the half hour.


Will that be local, Zulu, Greenwich or UTC?

Many aviators have watches capable of depicting both local and Zulu time or digital watches adjusting to local time with a push of a button. I myself adjust my watch (a knockoff from Hong Kong) to local time because invariably circadian dysrhythmia (jet-lag) sets in, making it a challenge reckoning local time. Although many keep their watches set to home base.
Just what I need to hear while walking the afternoon sun filled streets of Hong Kong – that it’s 5 a.m. in Toronto.


Doug Morris, until recently, flew international routes. He is now an A320 captain and author of “From the Flight Deck: Plane Talk and Sky Science.”