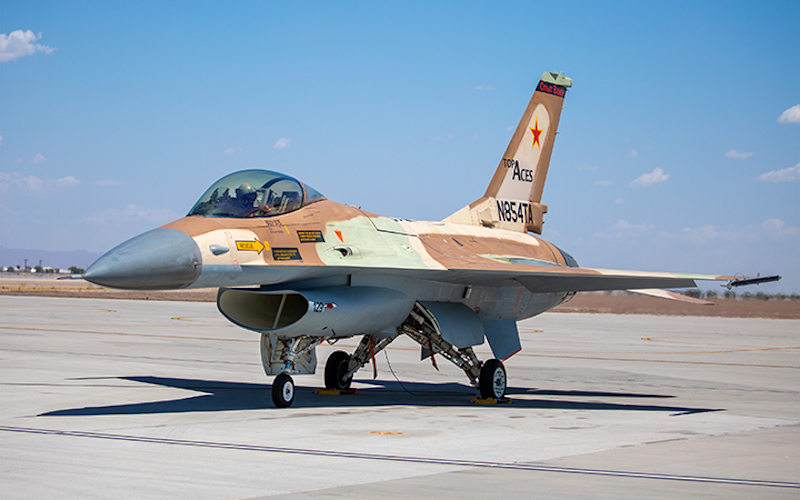 Top Aces took delivery of its first four F-16s in January 2021 to support the US Air Force (USAF) Contracted Air Support indefinite delivery/indefinite quantity (IDIQ) contract This acquisition made Top Aces the first private company in the world to own and operate fourth-generation fighter aircraft.

Following the January delivery, Top Aces explains its in-house maintenance team then worked to return the aircraft to full operational and airworthy status at its F-16 Center of Excellence in Mesa, Arizona.

“By recruiting the most-experienced former USAF Aggressor pilots and ground crews, deploying this high-caliber aircraft and upgrading the F-16 with tailor-made system modifications, Top Aces will provide the most tactically challenging, realistic and cost-effective adversary training,” said Russ Quinn, President, Top Aces. “The entire Top Aces team is very proud to play our part in providing the men and women who operate USAF and USN front line fighters with the most advanced level of training possible.”