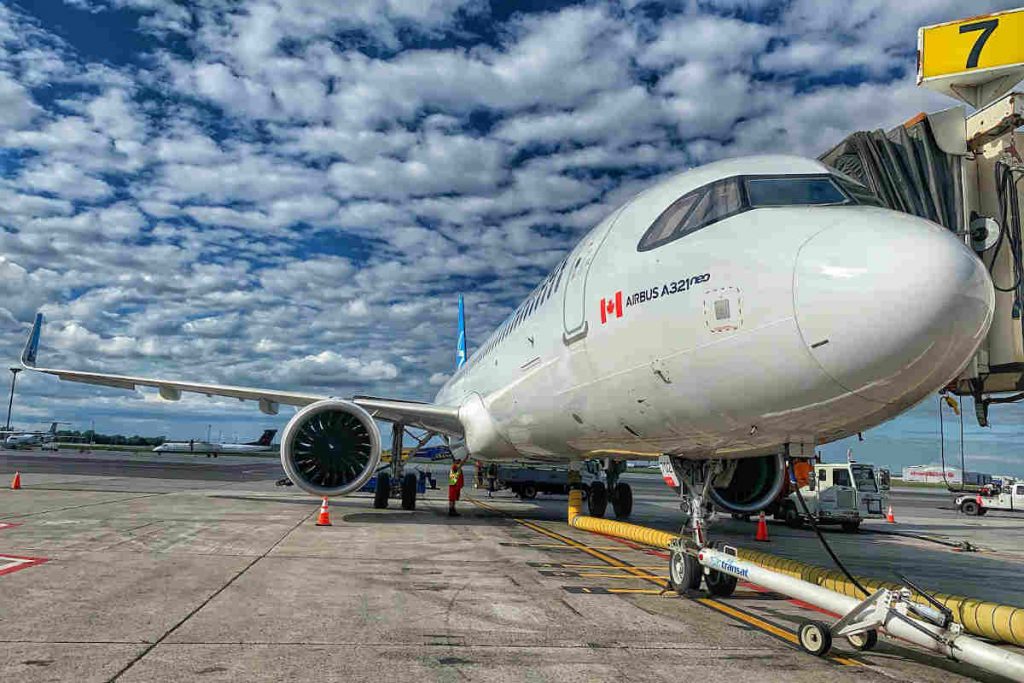 Air Transat in late-July shares images of its first commercial flight, on one of its new Airbus A321neoLR aircraft, after more than 110 days of inactivity because of the pandemic. (Photo: Air Transat/Twitter)

MONTREAL — Transat AT Inc. capped an unprecedented year by losing $238.1 million attributable to shareholders in the fourth quarter as revenues plunged 96 per cent from a year earlier.

The Montreal-based tour operator says the loss amounted to $6.31 per diluted share, compared with a profit of 62 cents per share or $23 million in the fourth quarter of 2019.

Revenues for the three months ended Oct. 31 were $28.4 million, down $664.8 million from a year earlier on dramatically reduced service.

Transat’s adjusted loss was expected to be $2.35 per share on $138.4 million of revenues, according to data firm Refinitiv.

The travel company that operates Air Transat says it expects regulatory approval for its takeover by Air Canada on Feb. 15. However, it is seeking $500 million in funding for next year if the transaction doesn’t materialize.

“During the year, we took all necessary actions to limit the damage and preserve our cash. The upcoming completion of the transaction with Air Canada should give us the solidity to face the crisis and capitalize on the recovery that should be sparked by the arrival of a vaccine.”

Transat says the pandemic will continue to have a significantly negative impact on its financials until operations resume at a sufficient level.

“While the likelihood of the availability of a vaccine in the near future makes it possible to hope for the resumption of operations at a certain level during 2021, the corporation does not expect such level to reach the pre-pandemic level before 2023.”