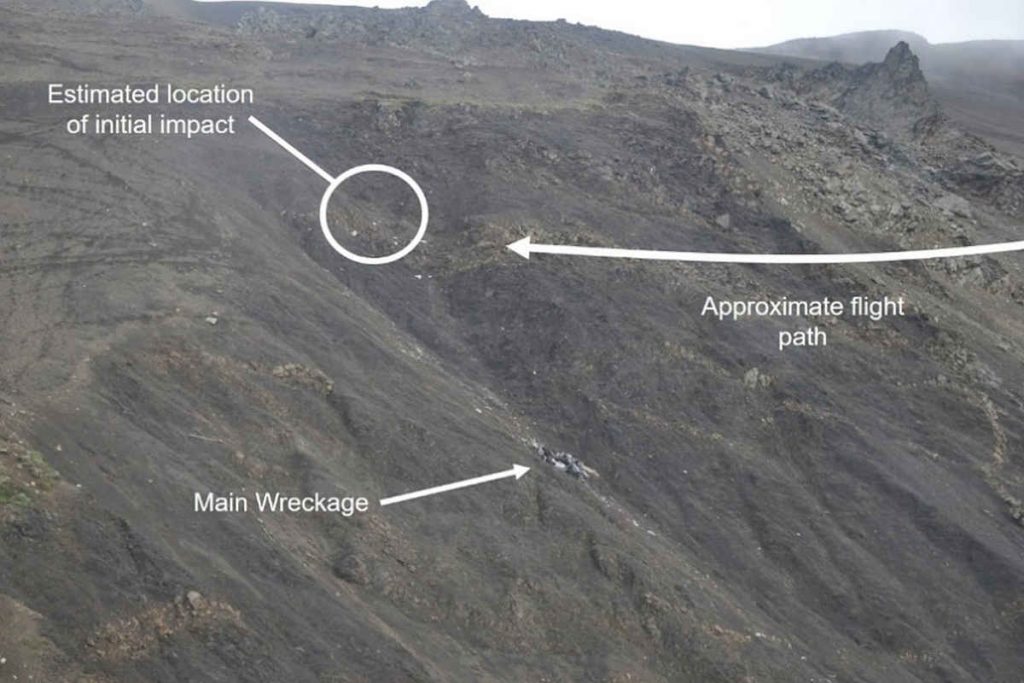 VANCOUVER — Heavy rain creating an optical illusion on the windshield of a helicopter could have played a role in a fatal crash in northwestern British Columbia last summer, but the Transportation Safety Board says without onboard recording devices it’s impossible to determine the exact cause.

The board released its investigation report Tuesday into the crash last August of an Aberdeen Helicopters Ltd. aircraft that was under full power when it hit the upper part of a mountain northwest of Stewart, killing the pilot. 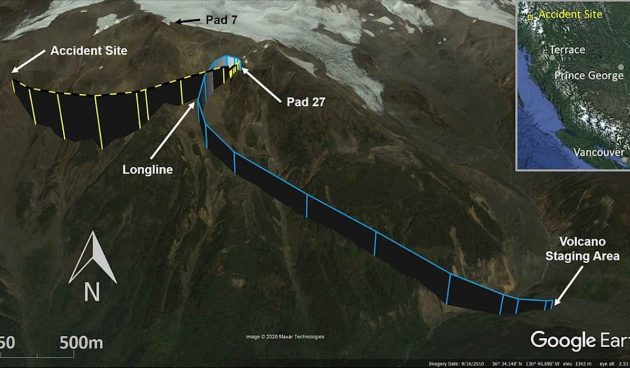 View of Nickel Mountain with the global positioning system track of the helicopter’s path before its final arrival at Pad 27 (solid line) and shortly before the accident (dashed line) (Source: Google Earth, with TSB annotations)

The report finds the pilot was well rested, highly trained and had more than 200 hours of flight time on the Airbus Helicopters AS 350 B2 when it went down.

There was also no indication of mechanical or structural problems with the aircraft and work moving sections of a drill rig from one area of an exploration site to another had been trouble-free in the hours before the crash.

Investigators point to sudden heavy rain as one possible reason for the crash, noting that rain, especially on sloping windshields, can create a “refraction error” that makes either the horizon or oncoming objects appear lower.

But the report also says that after such an accident, an investigation “may never be able to determine the exact causes and contributing factors” unless the aircraft is equipped with an on-board recording device.

The board repeats its recommendation for a Department of Transport order making lightweight flight recording systems mandatory on commercial and private aircraft that aren’t currently required to have them installed.

Transport Canada is making “positive” progress on that recommendation, the board report says.

“However, until the regulations are finalized, the risks associated with the safety deficiency … will continue to exist.”