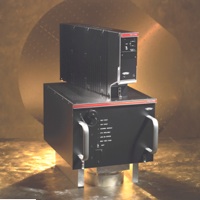 Sept 23, 2009, Mississauga, Ont. – Mid-Canada Mod Center (MC2) is a leader in airborne communications, especially Satcom system installation/certification for a large variety of corporate and commercial aircraft. Over the years, MC2 has worked with just about every form of Satcom on the market. One recent and notable accomplishment or “firsts” at MC2 has involved TrueNorth’s Simphone Chorus system and Rockwell Collins' most recent Satcom technologies in a Challenger 604. The project was completed under an LSTC however MC2 are in the process of developing this into a Canadian STC and then will have it imported and approved by the FAA once issued.

In commenting on this modification, Bill Arsenault, VP of MC2 stated, “We were happy to offer our customer such an innovative, efficient and cost-effective communications solution. Equally impressive was the fact that we simply plugged everything in and the entire system, comprising equipment from three different manufacturers, worked immediately, something we rarely see in this business.”

Project Specifics
MC2 has long been an established Rockwell Collins dealer and usually ranked in their top dealers in Canada each year. Together they have participated in many “industry first” installations and eventual STCs. In the case of this project, the subject aircraft is a Bombardier Challenger 604. The aircraft was undergoing an avionics mod to incorporate a Rockwell Collins SAT-6100B SATCOM and HST 2110B high-speed data terminal. First certified in late 2008, this new Rockwell combination offers a range of Swift Broadband (SBB) functionality along with automatic fallback to Swift 64 when out of SBB coverage if so configured. It also has 3 classic aeronautical channels (2 Aero H/H+ voice channels and a low speed data channel) and is approved for ICAO safety services.

The HST-2110B is a high-speed transceiver. Once paired with an appropriate Satcom system, users can access Instant Messenger, VoIP, VPN, secure phone, the Internet and email easily, and download applications while in flight – a task that was impossible with prior systems. The end-use system that MC2 partnered with Rockwell Collins equipment in this case was TrueNorth’s Simphone Chorus Executive-Class Airborne Telephone.

The Chorus is easy to use, with handsets that feature an intuitive graphical interface, menu-driven commands and a big, bright color display. Exclusive customizations include a choice of splash screens, ring tones and handset materials (including custom hardwoods to match an aircraft’s interior). The Simphone Chorus system can expand to meet future needs, eliminating obsolescence.  The Chorus system also acts as the router for any Wi-Fi enabled Phone, laptop or device allowing the users to access the internet and emails or share devices such as printers that may be installed in the aircraft.

A compact, single-LRU system, Simphone Chorus is easy to install, and the transceiver can be mounted inside or outside the aircraft’s pressure vessel. Set-up is easy, too, thanks to another TrueNorth exclusive: A built-in Personality Module that ensures Simphone Chorus can be configured to work just the way the user wants.