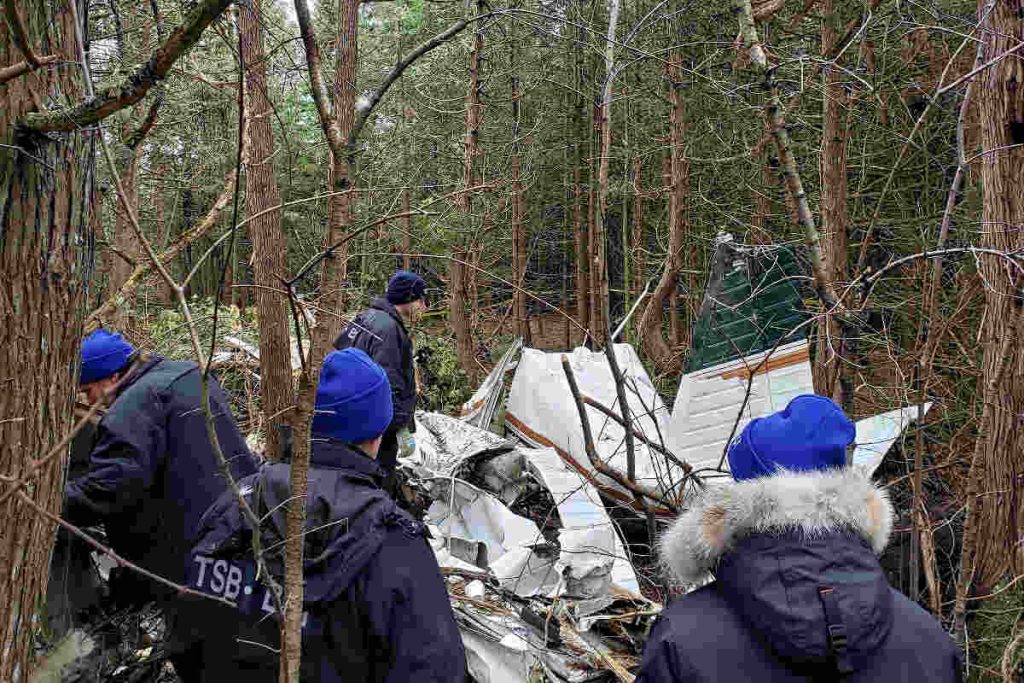 Transportation Safety Board of Canada on March 4 published its investigation (A19O0178) into the fatal November 2019 accident involving a Piper PA-32-260 in Kingston, Ontario. The agency explains the accident, which killed all seven people on board, highlights some of the risks of flying at night under visual flight rules (VFR), particularly when weather conditions are poor and over areas with little lighting.

On November 27, 2019, a privately registered U.S. Piper PA-32-260 aircraft was conducting a flight from Toronto/Buttonville Municipal Airport, Ontario, to Québec/Neuville Airport, Quebec, with a pilot and six passengers on board. Transportation Safety Board of Canada (TSB) explains the aircraft departed during daylight hours, but the majority of the flight was to take place during the hours of darkness. 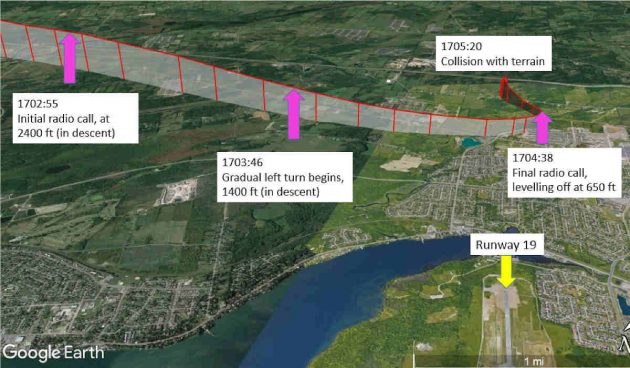 TSB’s investigation found that the pilot departed Toronto/Buttonville Municipal Airport when the weather conditions for the intended flight were below the limits required for a night VFR flight. Given the pilot’s limited flying experience, TSB notes it is likely that he did not recognize the hazards associated with a night VFR flight into poor weather conditions. While approaching the Kingston Airport, TSB notes the pilot likely lost visual reference to the surface, became spatially disoriented, and lost control of the aircraft.

Since 2013, TSB notes it has investigated five other fatal accidents involving private aircraft on night VFR flights, each time highlighting the lack of clarity in the regulations regarding visual references. In 2016, TSB issued a recommendation (A16-08) for Transport Canada to clearly define the visual references required to reduce the risks associated with night VFR flights.

If the CARs do not clearly define what is meant by “visual reference to the surface,” TSB explains night flights may be conducted with inadequate visual references, which increases the risks associated with night VFR flight, including controlled-flight-into-terrain and loss-of-control accidents.